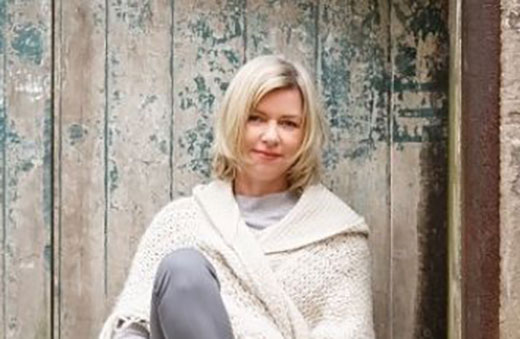 Danielle you’ve had great success in both short story and flash in competitions, as well as in a variety of well-known literary magazines. You consider your voice different for short stories and flash. Can you detail what makes this difference?

I think that my flash stories tend to edge in the direction of poetry, and the shorter they are the more pronounced that movement towards poetry becomes. I’ve noticed, for example, that in my shorter flash pieces there will often be quite a strong rhythm going on, tempo will be important. This isn’t something I always set out to do in a conscious way when I sit down to write a piece – I think it’s something that happens due to the condensed nature of flash. So the sound of words and sentences, the music of a piece, while important also in longer stories, moves more centre stage in my flash fiction.

You are working on a novel now. What’s your process and do different genres (novel, short story, flash) inform each other in your work?

The novel I’m working on grew out of a short story that I’d attempted to write from various different angles over a number of years. So before it became a novel, I’d already spent quite a lot of time in short story mode getting acquainted with the characters, with the settings, a lot of scenes had already made it onto paper. So in one way, the early part of the process for my novel is similar to the process for my short stories. And with the novel, as with the stories, I still have to start off by working in longhand and I still keep a notebook for the novel so that I can work things out by writing them down with pen and paper, rather than on the computer. My writing process has always involved a lot of drafts, a lot of repetition, and my process with the novel, thus far, is no different. I know some novelists say only write forward, don’t go back over what you’ve written until you’ve reached the end of your first draft, but that doesn’t work for me. For me, I often find that the story emerges out of the process of going over something again and again. Repetition, revising, re-writing is crucial not just to polishing the story, but to discovering the story. With the novel, key elements of the story, things that affect matters such as structure and plot and setting, revealed themselves to me as I began to edit early sections and I’m glad to have those insights available as I continue to write towards the end. So my writing process, so far, for the novel is not that different to the process for writing the short stories. That said, this is my first novel and perhaps differences will emerge in the later stages, time will tell. I’m not sure that flash fiction informs my novel writing process as much.

In terms of construction/technique, how is flash fiction different, in your view, from the short story?

That’s a tricky one. In attempting an answer, I’m going to start with something I heard once about the difference between a story and a poem: story is when you go from A to B, poetry is when you sit down at A and have a good look around. It’s perhaps an overly simplified way of looking at it, and the line between poetry and short story is often blurred, I think, but it’s a handy starting point for talking about the construction of a piece of flash, because, for me at least, good flash comprises elements of both story and poem. One of the challenges when attempting to write flash is to incorporate both aspects without either of them overpowering or elbowing out the other. With flash, I find that I don’t work with as large a range of images as I might in a longer piece of writing. Instead, I may limit myself to a core central image and work that image more intensely.

What, for you, makes a flash piece successful?

The intensity that I look for in all short stories I also look for in flash, perhaps to an even greater degree. And it must feel like something whole and complete, not like an extract from a longer piece or a synopsis of a longer piece.

Two of your flashes that particularly stand-out for me are ‘Beached’ (in the 2014 Bristol Short Story Prize anthology) and ‘Shaping Air’ (in 2015 The Best Small Fictions anthology). Both focus on a couple with a third party intervening in their relationship. Can you talk a bit about the inspiration for these two flashes? How do you view them as different/same?

‘Beached’, even though it’s only 250 words was in some ways a long time in the making, although in the end, unusually for me, I wrote it in quite a small number of drafts. The opening image of a woman finding a fish in the grass after a flood has its origins in a short story called ‘Waiting with the Goldie Fish’ that I wrote, but never published, back in 2012-2013. It’s a story that didn’t work out and I’ve been harvesting it for body parts ever since. At a workshop with Michele Roberts during the Cork International Short Story Festival in 2013, I wrote a rather dark flash involving fish mouthing obscenities and relationship discord. That story was never published either but something of it found its way into ‘Beached’. Very little else was needed in order for ‘Beached’ to come together, apart from the addition of a dead calf (there’s my dead animal fixation again…) and having scavenged parts from those older stories, I ended up writing ‘Beached’ in just a few drafts, as I say, most unusual for me!

The idea for ‘Shaping Air’ was sparked by something I read about a noise made by a balloon. I wish I could remember where exactly I read it, but I’m afraid that I can’t. The imagery of the balloons and the balloon artist is used in a way that’s intended to be sexually suggestive, and rhythm and tempo play a role in the piece – I wasn’t particularly interested in being subtle in this one. The story was originally published in the Summer 2014 issue of The Stinging Fly magazine as part of a flash fiction showcase guest edited by Nuala O’Connor and was later selected for inclusion in The Best Small Fictions 2015 published by Queens Ferry Press.

Both stories deal with the ending of relationships and both contain elements of the surreal, but while ‘Shaping Air’ is in some ways a playful story, ‘Beached’ is much darker.

‘Beached’ is written in second person, an unusual choice for you. How do you decide on point-of-view?

I’ll usually begin a story in third person as my default POV setting, though I’ve discovered that sometimes in order for a story to work I’ll need to switch to first person. In ‘Beached’ I used a first person narrator, but throughout the story this narrator addresses an ‘off-stage’ ‘you’. The ‘you’ of ‘Beached’ worked its own way into the story; I had the sense of addressing a person who was not present, who was not accessible; someone whose absence lay at the heart of the story. Perhaps this comes from what I saw as the narrator’s desperation. The use of ‘You’ in this way adds, I hope, to the sense of confusion and ambiguity. Is it the reader who is being addressed as ‘you’, the reader who is the focus of the narrator’s fierce anger? Or is the reader at a remove, listening to the narrator address a third party?

Do you prefer to focus more on character or setting?

I think I would find it very difficult to choose one over the other. Also, those two things tend to get woven together as a story progresses. I like to go deeply into the specifics of both. The way in which characters react or relate to different aspects of their setting reveals to us something of who they are. I’m drawn toward settings which are at once both hostile and beautiful, which is how many of my characters experience life. I do find that while I am happy to lose characters from a story at any point of its development, I get attached to setting and so the setting of a story usually remains even when everything else gets kicked out. Settings mostly present themselves to me in a lot of detail and it’s like they serve to anchor a story.

I’m conscious that I give different answers to this question at different times, and that’s because I’m all the time discovering writers who are new to me, or feel myself drawn to a particular writer at a particular time. Also, there are so many dazzling new writers emerging. There are writers who I’m always drawn back to eg Alice Munro, Anne Enright, Kevin Barry, Flannery O’Connor – all experts at handling dark or sad subject matter with beauty and originality and humour. Over Christmas I got collections by Lucia Berlin, ‘A Manual for Cleaning Women’ and Mavis Gallant ‘The Cost of Living’ and I’m loving both of those. Your short story collection Dinosaurs On Other Planets will be released in the UK in January and in the US this August. It’s already generated significant critical praise in Ireland. With 2016 promising to be a busy year for you, any readings planned?

My next reading will be at The Lightning Bug’s (@wordbugs) February event in Cork. I love Lightning Bug, it’s a relaxed, friendly gathering, and as well as the featured writer on the night there’s also an open mic, so it’s a really good place for a writer who hasn’t read in public before to do their first reading. William Wall was special guest for January and he was superb – I can’t wait for his new collection, due in April from Doire Press. March 4th -6th I’m at Doolin Writer’s Weekend where I’ll be leading a workshop on the theme of ‘Up Close and Personal’ with particular focus on characterisation and setting. I really enjoy teaching: I’ll also be teaching a workshop on Creative Writing for Beginners at West Cork Literary Festival in Bantry in July.

Finally, what advice as a writer and editor would you give aspiring writers?

.Also, keep going, even when what you’re producing seems truly dreadful. To quote Kevin Barry: ‘it’s always shit until it isn’t.’ And to quote Jane Austen: ‘I am not at all in a humour for writing. I must write on till I am.’

And being a member of a writing group has made a huge difference to my writing, I’d definitely recommend that.

And also Thomas Morris’ ‘53 ways to improve your short stories’.

Danielle McLaughlin’s stories have appeared in The New Yorker, The Irish Times, Southword, The Penny Dreadful, Long Story Short and The Stinging Fly and have also been broadcast on RTE Radio 1 and BBC Radio 4. Her debut collection of short stories, Dinosaurs on Other Planets, was published in Ireland by The Stinging Fly Press in 2015 and in the UK by John Murrays in January 2016. Random House will publish it in the US in August 2016.