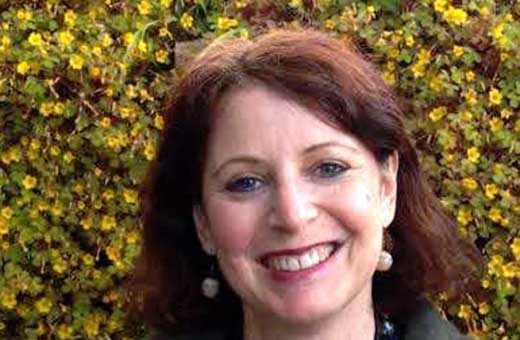 Hi Meg, thanks for speaking to us, it’s great to speak to fellow writers from across the pond.

Thank you for interviewing me. And as you know, I will be moving over to your side of the pond! My husband is British. We were married in late March. Perhaps you could give us your views on political fiction? Is all writing, to some extent, political? What do you think the reaction would be to writers like Orwell or Huxley writing in today’s politically sensitive climate where the synthesis of art and politics seems – at least on the surface – less overt?

If one is writing about human beings with sensitivity, we are writing politically. Our political landscape these days is terrifyingly shallow… If we are writing about people and creating empathy, it is political. We are all ants, and there seems to be no ant farm for us… and these emotionally regressive creeps called “politicians” just keep at it…

Let’s turn to more immediate concerns like you new Flash Flash Fiction collection that will soon be seen on bookshelves. Where did the inspiration for this come from?

What were the particular challenges you faced in putting together this Flash Fiction collection, The Dog Looks Happy Upside Down?

Getting back into writing short pieces. See, after my first two collections came out, I went to work on a novella “Here, Where We Live” (Rose Metal Press, 2014). The narrative arc and following one character’s trajectory became my focus. I started to care about my characters. When one is working on a novel, it can be quite difficult to jump back in to writing about so many different worlds again. I think too, because I embarked on a commissioned screenwriting project, and was writing with an amazing screenwriter, Graham Gordy (“Quarry” and “Rectify) who made working as a team way too much fun.

Do you have particular favourites within the collection – and if so, what make them so special in your eyes?

Thank you for asking! Yes, that is tricky. It’s hard to have perspective. There are pieces that make me laugh, and those are usually my favorites over the long haul.

Read our Review of The Dog Looks Happy Upside Down here.

How long have you been writing for and what first enticed you one of the shortest of short prose forms?

When I began to write and send out my flash fiction, I gained the sort of confidence that never happened while writing poetry. I had always loved short form writing.

I found flash fiction (originally called short-shorts) in the 1990s when reading the work of Amy Hempel. Around the same time, the tiny gorgeous chapters of Monkeys by Susan Minot similarly stole my heart. But I was too timid to try writing it, yet.

When you’re writing Flash Fiction, do you have a particular process you go through, or are they literally flashes of inspiration that you set down before going through an edit?

I usually begin with a few random words borrowed from an article, a cookbook, a novel, or poem. Beginning with anything… the quiet in the room, or the smell of a beloved dog.

I like to bring in random words and then, create a place for them in the story…

I’ll often begin to write when I am very tired right before bedtime or early in the morning, because that not-alert state elevates me out of my self-conscious brain…

Many pieces begin with anything that occurs to me, no matter how small or insignificant—a few sensory details; a dusty bit of memory, observation, images, scraps. Something blooms while I’m trying to burst through my own silence.

What would you say are the most distinctive features of Flash Fiction and how do these set the form apart from, say, the short story?

I think passion defines the best in every genre… and with flash fiction, there is a feeling that what is most important in the story is both present yet unsaid. The term “flash” works, because we think of a streak of lightning. With many successful pieces of flash fiction, you’ll find them rich with tragic urgency. Most important with this form: figuring out what does NOT need to be told! It is often these untold truths that heighten a readers’ involvement.

What are the main differences between Flash Fiction and other very short prose forms like prose poetry and sketches? Have you ever experimented with these?

Yes, I have. I wrote a collection of prose poetry in 2014 “Cellulose Pajamas” (Blue Light Press, 2014) winner of the Blue Light Book Award in San Francisco.

There is a lot of discussion these days around the difference between prose poetry and flash fiction. I find that it is easier to define a character-driven piece as “flash” and a language-driven piece as “prose poetry”. There are no hard-and-fast rules about what designates one from the other. I believe that if the prose poet Russell Edson were publishing his pieces today we’d be calling his prose poems “flash fiction”.

A number of Flash Fictions to use the second person narrator. Certainly it appears a more common voice than in other prose forms. Why do you think this is?

A writer uses 2nd person narration to create a sense of immediacy. By speaking to the reader directly, it breaks through a feeling of formality, and gets right down to business. That’s what good flash must do, in very few words, so 2nd person narration is uniquely suited for the short-short form.

Which flash fiction writers do you most admire – and why?

Amy Hempel, Lydia Davis, Richard Brautigan, and the early writing of Jayne Anne Philips. They were doing utterly brilliant work with the short form before it was being done.

You are also the editor and founder of The Flash Fiction Review – what can you tell us about this platform?

I had been an editor for Frederick Barthelme’s New World Writing for 5 years, and it felt like time to begin my own magazine.

We publish very well-known writers such as Stuart Dybek and Lydia Davis alongside brand new writers of the form. Our goal is to publish the best flash fiction we can find. Currently, we are compiling our first prose poetry issue, edited by the wonderful prose poet, Nin Andrews.

You also co-founded The Flash Fiction Collective –a flash reading series – what more can you tell us about this?

We began our reading series, The Flash Fiction Collective, three years ago. Jane Ciabattari (BBC Culture) Grant Faulkner (Director of NaNoWriMo) and I were visiting, and talking about flash fiction and how it was coming in to its time. We came up with the idea while sitting on Jane’s back porch. At the time, there was no author reading series in San Francisco solely focused on flash fiction.

I’ll likely be relocating to live in England with my husband Philip, and when that happens, I would love to start a Flash Fiction Collective in England.

Do you often read your work aloud when you’re drafting a piece? How important is sound and rhythm to our writing? Do you see the performative aspect of literature becoming increasingly important over time? I do read it aloud right at the end.

Yes! It helps a lot. I think without that reality check, a piece is probably not ready for take-off. I often end up making small, subtle changes based on how it feels to say it aloud. 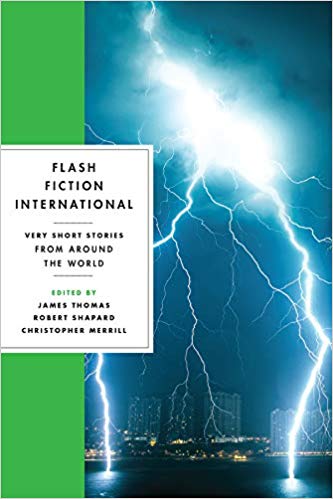 Some of your work has been taught on MFA programmes in the U.S. – what is the reception to Flash Fiction like in academic circles?

Okay, I am going to say with tentative happiness that it’s moving in to university classroom. At least, here in the U.S. Flash is being taught in America now. Every year now, there are numerous panels about the form and its place in Academia at our huge, yearly Association of Writing Programs (AWP) conference. And these flash panels are well attended. Admittedly, flash fiction is perfect for the digital age.

I have, in the last few years, been invited in to speak at university MFA programs and writing organizations, such as the Texas Writer’s League. My first collection “Damn Sure Right” has been ordered for the classroom. This is such an amazing feeling. And it was cathartic to have had a story published in the Norton anthology Flash Fiction International.

I recently spent a week teaching Professor Samrat Upadhyay’s MFA students at Indiana University with the great Robert Shapard, who co-edited (along with co-editor James Thomas) all of the Norton flash fiction anthologies, beginning in the late mid1980s with Sudden Fiction. It was so much fun teaching with Robbie..  creating eccentric writing exercises for the talented MFA students there.

How important or beneficial do you think it is to really study writing if you hope to make it more than just a hobby?

I didn’t study writing in a traditional way. I didn’t go to school for writing, in fact, I studied acting from ages 8 – 16. Acting was in my family. My big sister, Sian Barbara Allen, was a film and TV actress, and I was following in her footsteps.

In my mid-twenties, I began writing poetry, and worked with a mentor, Molly Peacock in New York. Later, I continued to work at poetry and studied with a few other poetry mentors, such as the American poets Ellery Akers and Dorianne Laux. But, I didn’t begin writing flash and until much later.

Not sure if answered the question, but my own path was not the one you describe. I didn’t “study” in any conventional way. I believe the character work and training I did as an actor at a dramatic conservatory (where I attended college) has helped me more than anything else.

I suggest taking acting courses. Read Uta Hagen’s classic: Respect For Acting. What one learns to do while employing sense-memory recall pertains to writing as well as drama.

And for all writers with real aspirations: Be brave, not brilliant. Brilliance comes from fearlessness. Tell us your own version of the truth about life as you know it.

Before we leave, is there anything else you would like to add about flash fiction, literature, writing, or life in general?

My new collection from Etruscan Press, The Dog Looks Happy Upside Down, will be out in June. I’ll be a visiting writer/guess lecturer at Word Theater in Edale, this summer, alongside the brilliant workshop leader Pamela Painter. Also, I recently spoke with Dr. Calum Kerr, who created National Flash Fiction Day— June 25th. And I’ll be there, helping promote it this year.

Thank you for your words, Meg. We look forward to seeing you in England.

Thank you so much for this interview!

Meg Pokrass has authored four collections of flash fiction and an award winning book of prose poetry. Her work has appeared in 220 literary journals and anthologies (W.W. Norton, 2015). Meg won the Blue Light Book Award in 2015. She has published several Flash Fiction collections, including The Dog Looks Happy Upside Down and most recently, Alligators at Night.

Rupert Dastur is the founding editor of TSS Publishing. He studied English at Emmanuel College, Cambridge, where he specialised in Modernism and the Short Story. He has supported several short story projects and anthologies, is the Head of Development at Khona Productions, Associate Editor at The Word Factory and his writing has appeared in many places, online and in print. You can connect with him on Twitter @RupertDastur.