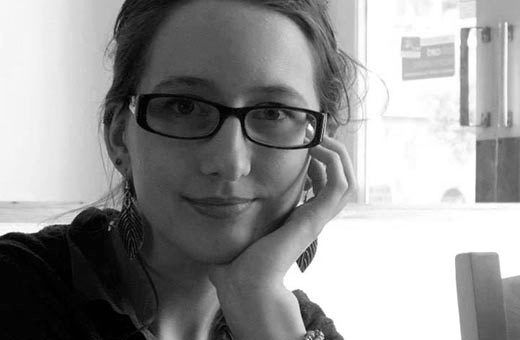 The first time I followed you because I thought that someone else should know your secret. My reflection held firm against my body as I passed between worlds, twins in a two-dimensional embrace with myself. It was colder on the other side.

After that, I went though many times. Back and forth, a small entertainment for dull moments. I thought it was a trick of the light – a game! We never talked about it and I didn’t realise then how different the two worlds were.

I should have kept a note of the number of times I passed through. I was bound to miscount at some point. When I did, my internal walls crumbled and I could only gaze between my real self and my reflection, wondering which was which. You saved me: even when I couldn’t remember who the real me was, I remembered the real you.

Then one day you didn’t come home. The other you did. I watched her playing with my reflection, behaving normally in the other world as I fell apart in this one.

Day after day and still you didn’t come back. I thought perhaps you were lost the mirror and I went looking for you. Started searching in other mirrors, examining the scene beyond the glass for signs of difference, moving through worlds upon worlds, calling out your name in streets real and unreal.

In time, I came to see doorways everywhere. Many so small I couldn’t pass through: ladies’ hand-mirrors, polished silverware, the face of the clock on the mantelpiece. Some places you might have fitted but I could not.

Once or twice I saw other versions of you, setting my teeth on edge with their near-similarity.

I became more inventive, darting through strange reflections. Shop windows, places only half there, intersected by the opening and closing of doors from another dimension. Ponds and lakes, realms deep with impressions of weeds and gap-mouthed fish, rippled by the winds of other worlds. The puddle was different. It was an exemplary reflection, bright and solid. Safe to pass through. I hadn’t thought that the sun would come out and take away my path home. Even if it rained again – in the same place, same time, same shape – would the reflected world really be the same? I could not know.

In defeat, I have tried to get used to the other versions of you. Brush their hair, read to them. But I can’t. When my repulsion overtakes me, I jump on into another world again. Each morning, I take their lifeless hair beneath the brush, try to coax myself to like this new impression of you, but by nightfall I have always gone.

Every time I move now, the light fades a little more, refracting away from its original sun, losing a bit of brightness from one reflection to the next. I suspect my path will end in darkness.

But for you, wherever you are, I hope you are moving towards the light.

Jasmin Kirkbride has previously had short fiction published on the cover of Open Pen magazine and in the Open Pen Anthology, as well as being featured in Haverthorn and Hark magazines. Her flash fiction has been shortlisted and won Second Place in the Kilburn Literary Festival Flash Fiction Competition, and won the TSS Monthly 500 contest. When not writing fiction, Jasmin is a freelance journalist, with a byline at BookBrunch. She has also written a series of inspirational self-help books for young adults for Summersdale.