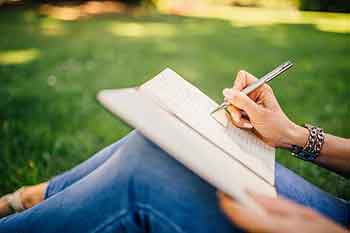 TSS Publishing is delighted to announce the authors of our next six chapbooks. You can pre-order the subscription below.

Order first six in the series (on discount until 15th April).

Katy Darby has had short stories read on BBC Radio 4, published in magazines including Slice, Mslexia and The London Magazine, and won prizes in several international fiction competitions. Her historical novel The Unpierced Heart is published by Penguin. She has a BA in English from Oxford University and an MA in Creative Writing from UEA, where she received the David Higham Award. She teaches Short Story Writing at City, University of London, is a former editor of short story magazine Litro, and co-founded and directs the award-winning, internationally franchised live fiction event Liars’ League (www.liarsleague.com). Katy has written for the TLS and the Brixton Review of Books, co-edited four anthologies of short stories with Cherry Potts of Arachne Press, and recently judged the Cambridge Short Story Prize and the International Willesden Herald Story Prize. Her latest work is available in the anthologies Five by Five and An Outbreak of Peace: her website is www.katydarby.com and she tweets as @katydarbywriter.

Gregory Norminton is a novelist, actor, playwright, and environmental activist, born in 1976. Several short stories and dramatisations have been broadcast on BBC Radio 4 and he has completed a short story collection THE POISON TREE. He was on the Iowa International Writers Programme, and Writer in Residence at Magdalene, Cambridge. His books are SHIP OF FOOLS, GHOST PORTRAIT,  SERIOUS THINGS and most recently THE DEVIL’S HIGHWAY which was published in January 2018. You can find more about Gregory by visiting his website here.

Hannah Stevens is a short story and flash fiction writer from Leicester in the UK. Her creative work has been featured in a number of print anthologies, small-press publications and online journals. She has a PhD in Creative Writing from the University of Leicester. Hannah leads workshops in a wide range of academic and community contexts both at home and abroad. She is currently based in Yangon, Myanmar.For a list of her publications and research interests you can visit her website here: www.hannahstevenswriter.com. You can also find her on twitter: @Stevens_Han.

Richard Smyth is a writer and critic. His short fiction has appeared in The Stinging Fly, The Fiction Desk, Structo and The Lonely Crowd, among many others, and his first novel, Wild Ink, was published by Dead Ink Books in 2014.

Samuel Wright has been writing for some years alongside his day job as Vice-Principal of a secondary school in Sunderland. His stories have won prizes such as the Tom-Gallon Trust award from the Society of Authors and the Writers and Artists Yearbook award, as well as being shortlisted for the Bridport and Bristol prizes and longlisted for the Sunday Times EFG Short Story Award and the Manchester Prize for Fiction. His stories are available as ebook singles through Galley Beggar Press, and in a The Marshes (Tartaruga Press), a collaboration with photographer Josh Lustig. He was recently appointed to the government’s Social Mobility Commission.

Jo Mazelis was born and educated in Swansea and she returned there after several years in London working as a graphic designer, photographer, and illustrator. Her short story collections include Diving Girls (Parthian, 2002) which was short-listed for the Commonwealth ‘Best First Book’ and ‘Wales Best Book of the Year’, Circle Games (Parthian, 2005), longlisted for the ‘Wales Book of the Year’, and the just released Ritual, 1969 (Seren, 2016). Her stories as well as her poetry have also been broadcast on BBC Radio 4. Her first novel, Significance (Seren, 2014) won the 2015 Jerwood Fiction Uncovered Prize.

Please pre-order the chapbooks below.