In 2008, I had to submit a 20,000-word dissertation of short stories for a creative writing course. The stories were written, and I had months remaining to do the final edits. But I had tinkered with some of these stories for a long time, rewritten them literally hundreds of times (really). I had also read craft books on writing: John Gardener’s The Art of Fiction, Strunk and White’s Elements of Style, Jacques Barzun’s Simple and Direct, Stephen King’s On Writing, etc & etc. And I had been writing for years as a journalist (while voraciously reading short fiction), but I was struggling as a short story writer. And I knew it.

Then I came across Kerry McSweeney’s excellent book The Realist Short Story of the Powerful Glimpse: Chekhov to Carver. Within that book was a quote by Chekhov that made me reassess my writing.

“Novice writers usually attempt, so to speak, to ‘introduce a reader to the story’ and half of what they write is superfluous. One should write in such a way that the reader understands what was going on not through any explanation on the part of the author, but rather through the movement of the story and through the conversations and actions of the characters. Try tearing out the first half of your story; you will only have to change the beginning of the second half a bit, and the story will be completely understandable.” 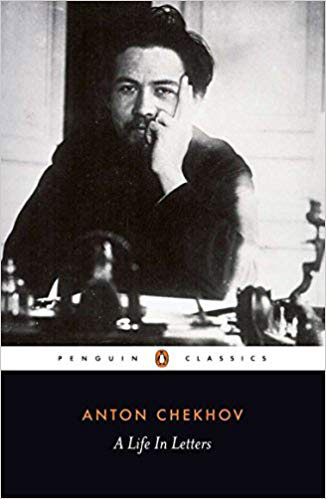 I had been a fan of Chekhov for years, so I did a bit of research on his advice to writers. Within an hour I ordered each and every book I could find on Chekhov’s letters and paid the extortionate overnight delivery costs. [1]

It was through the generous advice given in his correspondence to his older brother, and others, that I was finally able to make the edits (often complete rewrites) to my work. And in making those edits I think I made that initial jump we all make from reader to novice writer.

The most important piece of advice on writing, for me at that time, was in a letter to his brother, Alexander, also a writer, dated May 19, 1886:

“In describing nature, focus on minute details and group them in such a way that when the reader will have finished reading, he will be able to close his eyes and see a complete picture.”

As a visual thinker I loved this quote, and I subsequently tried my very best to paint simple pictures in the edits I made to my work. I could relate to the advice, it felt like someone had simply and directly answered a difficult question. I also knew that by describing nature succinctly he was indirectly suggesting the mood of a piece or of one of its protagonists.

Chekhov goes on to give examples of stale prose and how to get around it:

“I think that descriptions of nature should be short and to the point. Commonplaces such as, ‘The setting sun bathing in the waves of the darkening sea poured out a flood of crimson gold,’ etc., and, ‘The swallows skimming the surface of the water chirped joyously’ — such commonplaces should be eliminated.”

I knew about avoiding cliché, but I had taken that to mean literally, cliché. When Chekhov described it as ‘commonplace’ I understood fully what he meant. Much of my prose was commonplace, the type of writing used in journalism. In that same letter, he would go on to state one of the most famous tenets of modern writing:

“You can produce the impression of a moonlit night, for example, by writing that the broken bottle glass twinkled like stars on the milldam, and that the black shadow of a dog or a wolf rolled by…”

This quote is credited with giving rise to the maxim ‘show not tell’. This is something that had been drummed into me in the years of creative writing night-classes I had previously taken, before 2008. However, ‘show not tell’ always felt too prescriptive for me. I have always thought a story has to have a degree of telling, it’s just that the quality of the telling, and how often it is used, are the key. I also knew, even back then, I had to somehow ‘indirectly’ appeal to the reader, subsequently encouraging reader involvement. I still believe the reader has to either consciously or unconsciously work out what is suggested — what is ‘shown’ rather than ‘told’ — to help accommodate their participation in the story. Why? If a reader participates, they have made an investment, therefore, they are more likely to stay, and if they stay, the writer has an audience.

In 1892, Chekhov wrote an important letter to the memoirist Lydia Avilova, with the following revolutionary piece of advice:

“The more objectivity you can muster, the more powerful will be the effect you produce.”

I understood this immediately. The more objective you are as a writer the more subjective the reader becomes. As a journalist I had been trained to simply state the facts, to allow the reader to form their own opinion. In short story writing, a subjective reader is much easier to hook, and if the reader then makes an investment, it is possible to get a connection which then leads to the thing we all aspire to as writers: an emotional response from our audience.

There were also simple things within those letters. Things lecturers hadn’t stated, or I hadn’t picked up on. An example, is the advice given to his older brother Alexander, (most likely advice on playwriting, but it also applies to the short story), dated May 19, 1886:

“There is no need to chase after a crowd of characters. Only two should be at the centre of gravity: he and she.”

I had been attending daily workshops as part of the writing course I was then taking, and it seemed to me that every single piece of writing we workshopped (including my own) was too convoluted and much too difficult to understand and therefore enjoy, simply because there were too many characters.

In a further letter to Alexander Zhirkevich, dated April 2, 1895, Chekhov gave wonderful advice on routine descriptions — the staple of any fiction:

“’The étagère against the wall sparkled with books.’ Why not simply say, ‘the bookshelf’? You write that the volumes of Pushkin are ‘disconnected from each other,’ that the ‘Inexpensive Library’ edition is ‘squashed.’

What is the point? You are only distracting and tiring the reader by forcing him to stop and reconstruct in his imagination the sparkling étagère and the squashed Hamlet.”

I knew when I read this that my writing wasn’t leaving a clear and simple picture in the mind of the reader. I was going about it the wrong way by over-detailing my descriptions. I know Stephen King had imparted similar advice in his book On Writing, but the penny dropped while reading Chekhov’s letters. I now believe that part of the reason is because I was writing on a daily basis while reading Chekhov’s correspondence. I hadn’t been doing that while reading King’s On Writing. But I honestly believe there was more to it than that, something I can’t fully explain.

In a letter, written in January in 1899, when Chekhov was in the latter part of his career and now considered a master of the craft, he gave his most prescriptive advice, to Gorki:

“When you read proofs, take out adjectives and adverbs whenever you can.”

At the time of reading this particular piece of advice, I had been continually skimming through and scanning Strunk and White’s Elements of Style (like it was some Holy Grail on form — which it is) and it advised the same thing. But it was such a dry read that I was bored to death with it, and subsequently struggling with comprehension. Chekhov went on to explain why adjectives and adverbs should be avoided, in that same letter.

“You understand what I mean when I say, ‘The man sat on the grass.’ You understand because the sentence is clear and there is nothing to distract your attention.

Conversely, the brain has trouble understanding me if I say, ‘A tall, narrow-chested man of medium height with a red beard sat on green grass trampled by passers-by, sat mutely, looking about timidly and fearfully.’

This doesn’t get its meaning through to the brain immediately, which is what good writing must do, and fast.”

Of course, I didn’t get everything at once; it took me another ten years of reading Chekhov and writing on an almost daily basis to make that jump from journalist to aspiring short story writer. But it was the explicit advice and explanations within those letters that had me finally begin to see my individual stories published, to make shortlists, to win something, and finally, to put a collection of short stories together for publication. I would advise any aspiring writer to first read Chekhov and then read his letters.

[1] To the best of my knowledge, there is no single book containing every letter Chekhov penned on writing. The first book I read was Chekhov’s: A Life in Letters. It was only later that I realised his most important correspondence — a letter to his brother Alexander dated 10 May 1886 — setting out the six tenets of the modern short story, wasn’t included.

Peter Jordan is a short story writer from Belfast. He has won numerous bursaries and awards, including three Arts Council Grants. In 2018, he was nominated for Best Small Fictions and Best of Net. In 2017, he won the Bare Fiction prize, came second in the Fish and was shortlisted for the Bridport. Over 50 of his stories have appeared in literary magazines and journals, including Flash: The International Short Story Magazine, The Nottingham Review, The Pygmy Giant, Flash500, Thresholds, Litro, The Incubator, The Honest Ulsterman, Dogzplot, Spelk, Fictive Dream, FlashBack Fiction & WordFactory. He has taken time out from a PhD in Belfast’s Seamus Heaney Centre to complete the edits on his short story collection, Calls To Distant Places, which will be published on 22nd August 2019. You will find him on twitter @pm_jordan.