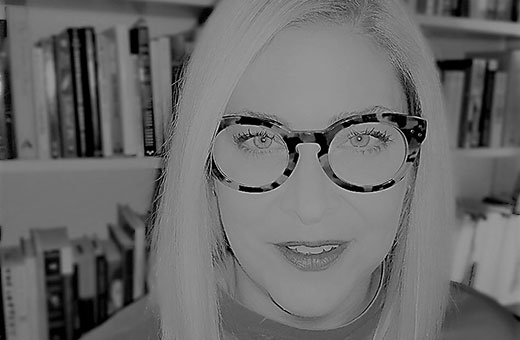 Unwilling to pay dues to the Future Homemakers of America, with no interest in pumps or purses, not giving a damn what X stood, not caring if you could solve for Y, your senior year went south at Zeno High.

You threw out the pasty pale lipstick that your mother gave you, while other girls, those karma chameleons, lounged in their pink bedrooms, their walls plastered with Culture Club and Wham! posters.

At home, after school, you flipped on your boom box and cranked up your Dead Kennedys’ tape, thrashed and sang along to “Holiday in Cambodia.” Your hairbrush was a microphone, and you pranced Iggy-style across an imaginary stage. A crazy audience waved their lighters, chanted your name: Frankie, Frankie. You cherry-bombed your black-lit bedroom.

Then your mother banged on the door.

“Turn down that racket!” She padded back downstairs to her chintz warren. You were living in a shag-carpeted nightmare.

You hitched away on highways with a stuffed backpack and $423 in savings. It was easy to escape. Approaching trucks carried so much possibility for a young chick. They’d cold-hiss their brakes when they saw you, eighteen wheels skidding to stop on the wet pavement. But you were careful. You wore bulky clothes and only thumbed short rides. You didn’t tell drivers your age or smile, kept a steak knife in your pocket.

You started peeling shrimp at Shoney’s, serving burgers in a box, wore scratchy hair nets, searched luncheonette counters for 25¢ tips. You broached new borders—when a man slapped your ass, you hit back.

Dotted boundaries and distances measured on maps were nothing, so you went south, camped in Georgia parks, then hightailed it to Florida, stole sheets as a Daytona maid, spent bills on bologna and Kool-Aid, saving coins to call home, collect.

Nights, you fantasized in your hot tent in that swampy RV park, gazing out at the starless horizon. In the moonlight, palm trees tossed tresses in the breeze. Their angry silhouettes danced.

You dreamed your mom had lost fifty pounds from worry, that your dad had paid private detectives. Hell, maybe somebody even put your picture on milk cartons.

Riding the Greyhound that year, you knew your parents had never worried, never waited by the phone, never cared if they got some trooper’s call saying, We found your daughter in a ditch.