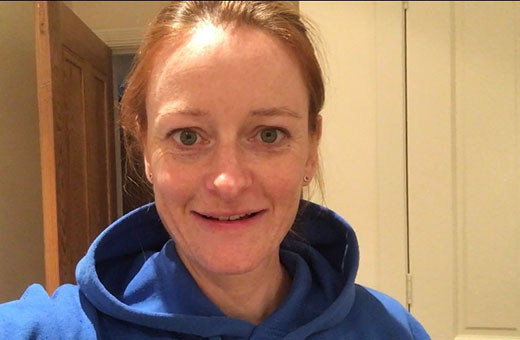 You should have stopped it when it first began. But you did not. Not when he took you hostage on that training for journalists – the one where he was meant to teach you how to stay safe. Not in the bar later when all of you celebrated freedom though you’d never really not been free. Not when he pressed you to meet him the next day, when you were hungover and a ‘yes’ seemed so much easier than ‘no’.

By the time you realise it’s happening, it’s too late. Years later you will hear the term ‘love bombing’. You remember how soon he said you were perfect, that he’d never met anyone like you. I love you came early.

Later other words come easily too and you cling to that saying you learnt in childhood. ‘Sticks and stones may break my bones.’ But his words do hurt. More than a decade on, you will hear them and you will feel them, like bruises.

You are in the flat he shares with his best friend from childhood. You have known him no time at all. They have known each other for ever. The real journey is more complicated, but you know the most recent route you took to get here. The train, then a long walk along a road framed with expensive houses and tall trees peeking over the high walls of a royal park. His is a tired grey former council block. A botanist in the garden opposite would call it a thorn between the roses. You drink tea after tea in chipped, stained mugs while he jokes with his mate – the humour of memories you’ll never be part of. Toilet humour too and you grimace at the bathroom stained with almost as many marks. Later his sheets as well. He laughs when you admit you’ve never watched porn. The skies are streaked with the memory of planes and you wish you could grow wings.

He is, at times, charming. He weaves a history that paints him as part adventurer, part anarchist. His army time carries more weight than his time in service should. He barks orders as if he was in charge. When he speaks of himself, he weaves a web of stories as if he’s casting a spell. And you know you would do best to believe him. Your successes are greater, but he will not hear of them and you start to question if you ever did those things. You do not know what gaslighting is yet, but you know the problems that saying no would bring, and so you nod, say yes, dress to his demands, answer every sordid request, creep around him when he drink. You learn to stop one glass before him and then to sneak into bed as he pours himself another and you hope that it means he will pass out rather than insist that tonight’s your lucky night.

He’s never slept with a redhead before and his ex-girlfriends aren’t as flat chested as you. He’s telling you this as you cross the river and you wish you could jump from the bridge and sail away along the Thames. He tells you he wants an open relationship and yet he keeps coming back. Once, twice, he loses his job and because you have one, he comes back to you, stays with you, he pays nothing, takes everything. Your friends, family all warn you – he’s no good. Years will pass and you will ask yourself why you didn’t hear them. But the day comes when from across the ocean, you call on a fuzzy internet line and he tells you he’s been in an accident. You tell him you’re pregnant. You are both vulnerable and hurt. He knows how to take advantage of the weakest link.

You don’t want to obey. But you’re left with a simple choice: if you keep the baby, he insists you keep him. The answer seems easy now, but there you are alone and if your body is not your own, nor is your mind. Years of saying yes. The price you pay is more than the cost of the ring he makes you buy.  On another bridge two years after that first, he slips the ring onto your finger and you feel like a fish hooked, flailing on dry land. You marry between two jobs he has, and in your wedding photo you hide your legs behind the bin because he’s told you enough times that you are not good enough for short skirts.

Your baby keeps you going. The little thing growing in your belly. While you have this, he softens, a proud expectant father. You don’t rise to the moments when he says things that make you wonder; you don’t rile him when he jokes that if it’s born ginger like you, he will drown it; you don’t question his intentions when he says the baby will be the youngest person to sail the Atlantic, when he plants his failings in your expectant womb. After you labour for hours and give birth to a miniature him, but for her gender, he marvels at his creation. You sob in anguish at the afterbirth, no drugs to help you because he has said you must say no to pain relief. When she’s just six hours old, he announces he’s hungry and all you can do is smile and shuffle to the car, the blood still pulsing in your tired brain and soaking the pad between your legs.

There are times when you enjoy his company. Times when you laugh, alcohol-fuelled, into bed, or drive together on epic road trips, laying down soundtracks of memories that will chase you in quiet moments when you think back to those times. There are the travels to places far from the beaten track; places of such astounding beauty that you think perhaps it is possible to love. But the Amazon river will continue to flow long after you have left him and the waters of Iceland’s Blue Lagoon are not warm enough to shelter the cold-hearted comments that are your only clothes when he leaves you feeling naked.

There are songs you remember from your childhood that you sing to your baby, but she’s too young to know what the words mean, how they cradle the hopes you have for her and your future. You’re glad she can’t understand his words, those that fall like fists – slurs and sayings that make you question your sanity, that make you take him back every time he transgresses because he makes it out to be your fault. When he falls asleep and she starts to cry, you rush to her side, desperate to placate her in case he stirs and demands even more of you both. Silently, you promise her that you will both survive.

You discover there are days when you can get out of the house, and times when you can meet other mothers too, and you start to make a few friends. Your parents buy you a buggy that you can use to take the baby out, to run with her. You dream of running away. In a moment that he later says is madness, he agrees to let you take driving lessons and some days you imagine a slow motion crash about to happen as you manoeuvre the tight bends of the world outside, until you realise this is your life already. You remember the exact phrase he uses which will become the sign that your sanity is slipping away, and that if you do not pack up now, you never will.

The first time he hits you, he pretends it doesn’t happen. Someone sees him do it, but the movement is so slight, he denies it. Later it’s your fault and if the guy who saw it reports it and he loses his job, then there’ll be hell to pay. The next time he assaults you, it’s your fault again. You woke the baby and now he’s trying to snatch her off you and don’t you know, all of this is your fucking fault.

You pack the things you can’t live without and push them under the bed. You realise that when it comes down to it, living without is easier than living with. He leaves for the pub and his friends and you know he’ll slide in drunk, too drunk you hope for him to harbour ambitions of sliding into anything else. In the morning, he will disappear to work without acknowledging your existence, and that absence will become your escape.

You wait for him to leave, text your father who’s driven hundreds of miles to rescue you. You scribble a note to him, gather your meagre essentials, and clasp your daughter to your chest, promising you will keep her safe, no matter what. You close the door behind you, reaching out for a freedom, knowing that you may have physically escaped, but it will be a long time until you are properly free.

This is not a work of pure nonfiction. Some parts have been fictionalised in varying degrees, for various purposes.

Hannah Storm has been a journalist for 20 years, travelling the world for her work, meeting extraordinary people and visiting unforgettable places, but also witnessing war, disaster and despair. She started writing flash fiction and CNF in 2018, and now she writes to honour some of the people she has met and to process her own experiences. Her work has been published widely, online and in several anthologies. This year she’s been shortlisted in several flash competitions, highly commended in the TSS flash prize, and won the ‘I Must Be Off!’ travel writing competition. She’s just finished the first draft of her novel. When she’s not writing, she runs marathons as another way of managing her mental health. She lives in the UK with her Kiwi husband and her two children.