The opening sentence is crucial in a short story, yet so many writers get this wrong. Often, writers get so caught up in the need to produce a killer opening line that they come out with long, cluttered sentences. And the problem with long, cluttered sentences is that it makes the reader work too hard. Readers don’t want to work hard — especially at the beginning — what they want is absolute clarity.

As a reader there’s nothing worse than moving into a second paragraph and still not knowing where I am in space and time. It isn’t necessary to reveal plot or character, but it is necessary to provide clear and simple information; a foundation for what comes next.

The way to open a short story is with simplicity and precision. Give the reader a small amount of information, and make sure the delivery is so crystal clear that there is no ambiguity, nothing vague. One way to do this — in my opinion the best way — is to orient the reader geographically, then once they are situated, allow them to paint their own mental picture with the information you present. Think of the reader. Put yourself in their shoes. Imagine a reader who knows where they are in space and time. A reader grounded. Then have them look at something.

The opening line of Ernest Hemingway’s short story ‘Indian Camp’ (In Our Time) does this better than any other short story I can think of.

At the lake shore there was another rowboat drawn up. 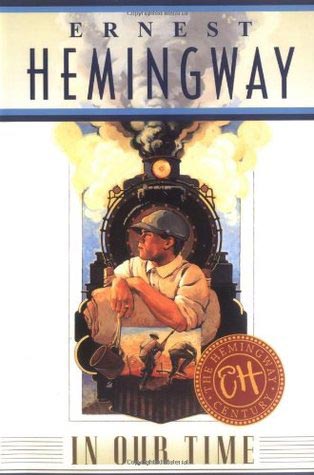 Here I am, grounded as a reader, at the lake shore. A lake shore I can envisage from my own experience of lake shores. Of course, Hemingway does something unusual with that simple opening line; he uses sentence inversion, locating the reader geographically (immediately grounding them), before supplying them with an image.

The usual way to write this sentence is:

There was another rowboat drawn up at the lake shore.

However, this lacks the power and urgency of the original. So, Hemingway inverts the sentence to first of all tell the reader the place; grounding them ‘at the lake shore’. Then he feeds the reader some direct — and indirect — information: ‘there was another rowboat drawn up’.

By using the word ‘another’ Hemingway tells us indirectly that there is more than one rowboat. This allows him to suggest that something has just happened — and, indeed, that something is about to happen. There is the feeling of movement here, of urgency. This opening line is not static; it carries momentum. In fact, Indian Camp was originally the mid-point of another, longer story, but Hemingway deleted the first section (Three Shots) in one of many rewrites, improving the story dramatically, and beginning in media res.

In media res is Latin for into the middle of things. It describes a narrative that begins at some crucial point in the action. It has become almost cliché, but it is essential that you get this right. Short stories are small moments in time, not long sweeping sagas. And they need to begin as late as possible.

When I sit down to write a story, the first draft usually starts much too early. This is natural for me. The way I get in media res is by cutting out the first few paragraphs. Subsequently, my (now revised) story starts in the fourth or fifth paragraph, which sits naturally in media res. Another thing I find from reading first drafts is that writers begin to get into their stride maybe five or six paragraphs in, and this is where their best writing is. So, start here.

It may well be that the opening line is the seed of your story; some thought or idea that has sparked the work to life. However, I don’t think entire short stories are ideas per se. I don’t turn up at the page with an idea for a complete story, but I may have an idea for a scene in that story, or a line of dialogue, or a strong visual image. If the idea is, in fact, the opening line then this will often move further down the page in a rewrite, or it might be lost entirely. That opening line might be the first thing you write, or it might be the last thing you rewrite. For it to survive it needs to obey the rules of clarity, grounding, and imagery. Or, it needs to settle a reader.

The best way to write that opening line is without thinking; turn off the internal editor. Write as quickly and fluidly as possible; don’t worry about bits of backstory creeping in, they will be weeded out later. You shouldn’t be using backstory or exposition anyway. However, if it’s a longer short story, and essential, then backstory can be fitted in later when the reader is settled. They will stay with you at this point.

As a short story writer, you can’t afford to take several paragraphs to warm up; you need to get right to the action by the second paragraph. Weather reports are cliché; flowery descriptions don’t work (because the visual image is clouded); dialogue doesn’t convey an image at all; and detailed histories of the characters are confusing. And the worst thing you can do is confuse a reader.

Consider Denis Johnston’s opening line from ‘Dirty Wedding’ (in Jesus’ Son). It is often quoted as a classic opening sentence. However, ask yourself, immediately after reading this, if you get everything that is going on. Are you settled?

I liked to sit up front and ride the fast ones all day long, I liked it when they brushed right up against the buildings north of the Loop and I especially liked it when the buildings dropped away into that bombed-out squalor a little farther north in which people (through windows you’d see a person in his dirty naked kitchen spooning soup toward his face, or twelve children on their bellies on the floor, watching television, but instantly they were gone, wiped away by a movie billboard of a woman winking and touching her upper lip deftly with her tongue, and she in turn erased by a — wham, the noise and dark dropped down around your head — tunnel) actually lived. 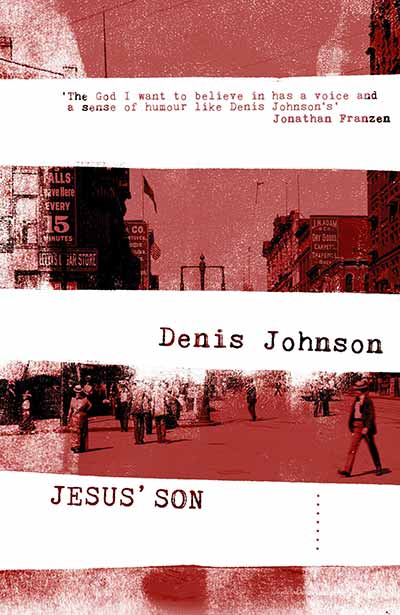 This is a great sentence. It’s so good it mimics the action of viewing a scene from a train window as it moves into a tunnel. But I don’t get that information on the first read. I get that from studying this story. Dirty Wedding is a great story and the line becomes a great line after maybe the fifth or sixth reading. Now, think about coming to this line for the very first time: it is tricky. There is too much information to settle a reader and then have them project an image. The line works after the event. It becomes a great opening line after the story has been read, re-read, and understood. This is not the same as a good opening line. Established writers have the luxury of knowing that a reader will stay with them; that the reader will, in fact, study their work. This doesn’t apply to aspiring writers; we have only one shot at keeping the reader.

Now, consider the opening line from A good man is hard to find; a Flannery O’Connor masterpiece:

The grandmother didn’t want to go to Florida.

Here — in this simple declarative sentence — is conflict. And the reader immediately wants to know why the grandmother doesn’t want to go to Florida. Also, referring to her as ‘the grandmother’ separates her from the rest of her family. And, of course, there is utmost clarity. Although I’m not located geographically, I have a character: the grandmother, and I’m given the familiar image of Florida in lieu of setting. Consider the word Florida; it has you immediately project your own mental image.

This type of opening sentence prepares me for whatever comes next. And I now firmly believe that giving a reader as little information as possible is the best way, the only way, to orient a reader in a story.  There is a great deal to be said for the simple declarative sentence as an opening line. Declarative sentences are often viewed as statement — ‘telling not showing’. And statement is viewed as bad writing. However, statement has its place. And it is extremely useful if used sparingly.

What I’m saying is — for us aspiring writers — first lines need to work upon the very first reading. We are pitching to magazine editors, competition judges, literary agents, and prospective readers. These people do not know us, they are not familiar with our work, and they do not have the time or the inclination to read our story four or five times — to study it — to then see if the first line works. So, for us lesser mortals, that first line must instantly locate a reader on solid ground.

Peter Jordan is a short story writer from Belfast. He has won numerous bursaries and awards, including three Arts Council Grants. In 2018, he was nominated for Best Small Fictions and Best of Net. In 2017, he won the Bare Fiction prize, came second in the Fish and was shortlisted for the Bridport. Over 50 of his stories have appeared in literary magazines and journals, including Flash: The International Short Story Magazine, The Nottingham Review, The Pygmy Giant, Flash500, Thresholds, Litro, The Incubator, The Honest Ulsterman, Dogzplot, Spelk, Fictive Dream, FlashBack Fiction & WordFactory. He has taken time out from a PhD in Belfast’s Seamus Heaney Centre to complete the edits on his short story collection, Calls To Distant Places, which was published on 22nd August 2019. You will find him on twitter @pm_jordan.