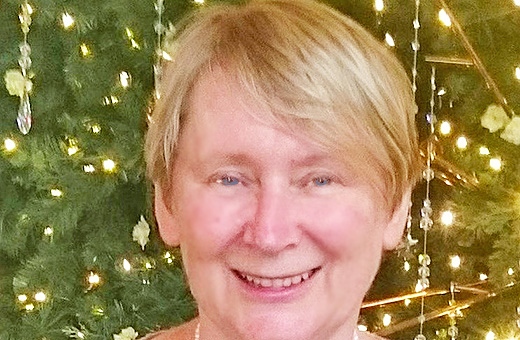 He thinks I’m doing this to hurt him, and maybe I am. It hurts me that he can’t read. I know he’s capable, but he’s lazy—his school report cards say so. All of them state: ‘could try harder.’

“Keep going.” I point at the text.

I shape my mouth around the consonants and vowels as he struggles, covering thing with one finger. The nail is jagged where I have gnawed into the quick.

My rude finger, he calls it, and he’s right. I press it into the page, denting the book. It’s the finger I want to jab in the air at his remedial tutor when she asks why he hasn’t been reading more at home. The finger I want to hold up to his school when they tell me they won’t help him.

“He’s not two years behind in his reading, yet, although he’s close,” the Principal says, pushing his chair back and standing. He runs his hands through the stiff, black hair beside his ears. “If only your son was worse.”

I clench my fists in my lap, swallowing hard. The air in the office is stale; old paper and crumbled biscuits clog the air.

The Principal is behind me now, taking my elbow, squeezing it, like a fellow mourner at a funeral, leading me to the door. “Of course, when he reaches Grade Six he can be Fast Tracked into a Prioritised Reading Scheme.” I balk. He nearly trips.

He runs his hands through his hair again leaving finger tracks. “Well…he can go to a special literacy school in two years’ time when he’s in Grade Six. He’ll probably be eligible by then, but in any case, he will get priority entrance because of his age. There’s a bus that picks them up from this school; well last year there was a taxi but now there’s a bus although you never can tell from one year to the next whether it will be a bus or a taxi or maybe even an Uber, but certainly something operates to get them there.”

Buses and taxis? I suddenly understand how confused my son must feel when information whirls past just beyond his grasp. I think of his puzzled frown, the way he slumps facing the wall after school, not playing, not speaking, and my body droops. I want to sit, but here I am in the corridor with his last chance slipping away.

Chin up, I turn and look the Principal in the eye. “If English was his second language, you’d help him.”

The skin around the Principal’s mouth stretches smooth, his jaw taut. “Now you’re being unreasonable. Reading in a foreign language is difficult.”

Students stream past us: blue shirts, grey shorts, tartan dresses, hundreds of them it seems, laughing, shouting, stamping scuffed black shoes. Bronze plaques and trophies line the walls. I smell marker pens and paste and something else. Happiness.

“You’re worrying needlessly. He’ll grow out of his Dyslexia,” the Principal says, although it is hard to hear him over the happiness of the other children.

“Every,” I say, punching the letters.

“Everything,” he says, watching my face. He doesn’t need to see the words to read.

I slump in my chair, shoulders collapsed, planning dinner; food I need to buy—milk, beans, carrots.

“And I liked Sarah, the way she tied her straight black eyes behind her ears in a spike,” he reads.

“What?” I mutter, sitting straighter. “What did you say?” My voice is rising. It has to be wrong—this story is so much more interesting than the one probably on the page. I pull the book towards me: And I liked Sarah, the way she tied her straight black hair behind her ears in a ponytail.

How can he misread ‘ponytail’ for ‘spike’? “Spike?” I say, almost shouting in panic.

According to his new remedial tutor, every word needs to be correct. She says I’m not allowed to let any mistake slide. She is tiny and ancient with bones like banksia twigs but whenever I think of her I always straighten my shoulders—her authoritative voice perhaps, or her cost; one hundred and forty dollars an hour. She makes it clear he will never learn to read if I don’t do exactly as she instructs. He will drop out of school at twelve, go on welfare. It will all be my fault.

Taking advantage of my fear, she explains to me, very quietly and in simple terms, how to correct his errors because, apparently, what I do is emotionally damaging. There’s only one way to remediate him and it’s not by shouting, “That’s stupid! She can’t tie her eyes in a spike.”

I don’t want to be his teacher. I want to go back to being his mother.

“You made a mistake in that last sentence,” I say, showing my teeth, trying to smile, sticking to her script. “Do you know where?”

His eyes flick up from under his fringe. He holds my gaze briefly, reading my body, my rigid neck, my white knuckles.

“And I liked Sarah, the way she tied her straight black ears behind her eyes,” he reads.

A blush spreads up his forehead and seeps into his hair. “Eyes?” he whispers, staring hard at the page, holding his ruler under the line of print. “Eyes.” He nods to himself. “Eyes.”

He glances at me, then quickly back to the book when he sees my expression.

“Again?” His lips curve in an uncertain half smile.

I sound-out the word ‘hair’. He puts his fingers lightly on my mouth as if evading a snare. The pads are fleshy and moist. He is sweating. I sigh and take his hand, trying not to see the blue veins under his skin, the tender indents where his knuckles lie, the tear beside his nose.

Rowena Harding-Smith is a cross-genre writer. She has published short stories and creative non-fiction in various magazines and literary journals since 1993 and has received numerous awards. During 2017 she received six awards plus publication for her short fiction. She has published two non-fiction books and many articles about learning and memory. She lives in Sydney in a small timber cottage by the harbour with her dog, Wilson. She has just finished her first novel and is optimistically working on a second.