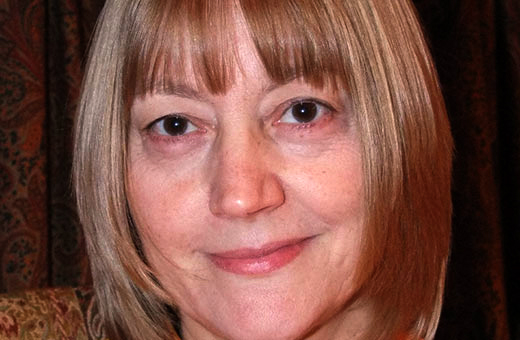 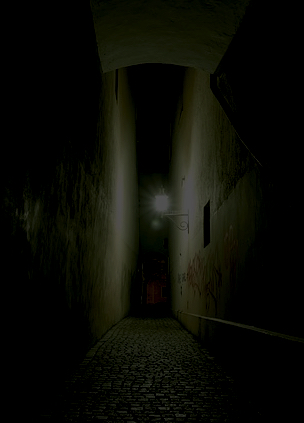 I took a walk tonight down a shadowed alley. It was less than an alley for it narrowed towards the middle and I had to turn slightly sideways to avoid brushing up against the flaking brick walls on either side. It was one of those alleys that you know you shouldn’t venture down at night. It was one of those alleys that are a short cut to where you want to go when you don’t mind the pigeon droppings underfoot, layered thicker under the single lamp.

I saw it in the dim glow of the lamp. A thick rubber band had been dropped and formed a perfect circle on a clean patch of floor. Rainwater was pooled inside it, and around the upper edge something moved. I doubled over to take a better look.

The tiny circle of water held light from the lamp which spotlit the ant that walked round and round the edge. I was so caught by the scene, by its simplicity, that I didn’t hear his footsteps until it was too late.

It was lucky that he saw me at the last minute or his impact might have been more intrusive. As it was, I stood my ground.

‘Look,’ I said, and pointed towards the rubber band which the ant still circumnavigated.

‘It’s an ant,’ I said, and leaned as far to one side as I could, to allow him a better view, ‘it’s walking around a rubber band.’

‘Yes, I can see that,’ he said, and he watched with me as the ant paused from time to time to change direction, turning with the grace of an acrobat on a wire, and not once dipping into the water. 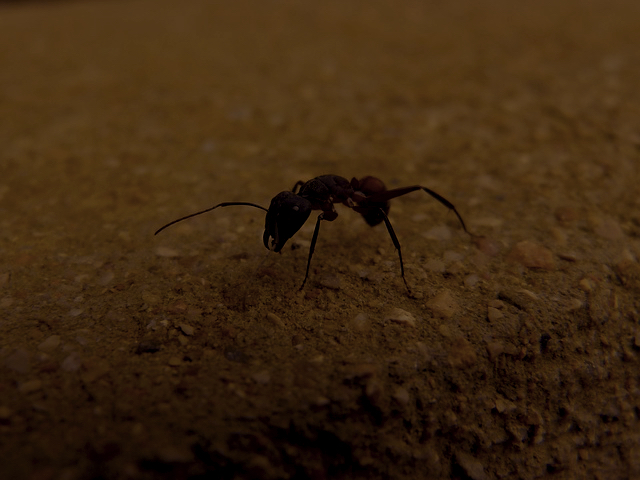 ‘What do you suppose it’s doing?’ He craned his body further forwards, politely, with the least possible contact and I wondered, if he were to lean beyond the tipping point, whether he would reach for me and we would both fall.  Leaning out as we were, in opposite directions, we would have looked, from the end of the alley, like the silhouette of some bizarre, twin bodied creature.

‘It’s a performing ant,’ he said, ‘a circus ant,’ and he laughed as if he hadn’t laughed in a long while. ‘Do you think it knows it has an audience?’

I laughed then, ‘I don’t imagine it expects anyone would ever come down here, especially at night.’

‘And yet here you are,’ he said, standing up.

I stood too, and my shadow moved across the small scene below. The ant hesitated, still balanced on the edge, but now weighing up the situation. We waited, until it ran to the darkness beyond the lamplight.

Marilyn Messenger lives in Cumbria  Her short stories have been published in anthologies and magazines, performed at literary festivals in Cumbria and Scotland, and recorded at events such as the Liar’s League, New York. She also writes short plays and a recent collaboration with a fellow playwright led to a script in hand reading at The Theatre Royal, Dumfries. She is currently working on a play and a collection of short stories.