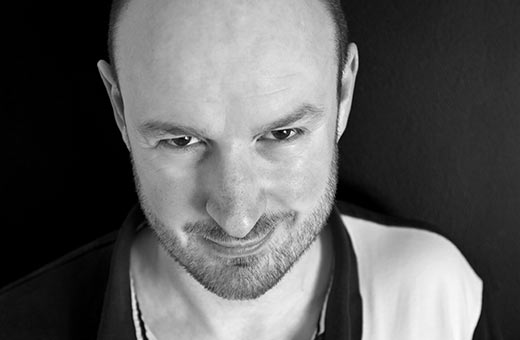 Once the mist has cleared, Tommy and I make our way through the sweet wreaths of heather to observe what’s left of the gentoo penguin colony. Their population, like ours, has been decimated by the rapidly changing environment. I doubt they’ll last another season. 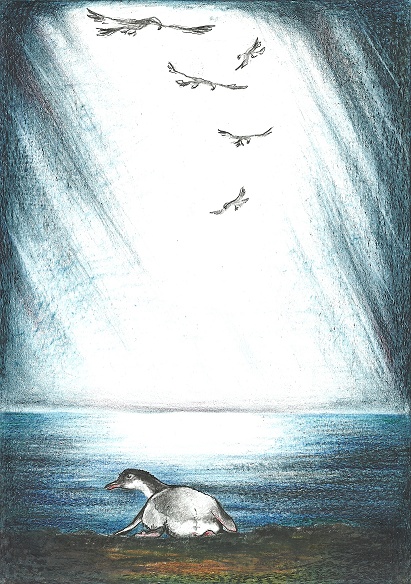 Crouching low, Tommy sweeps his fringe aside and studies the penguins through his binoculars. ‘Clarence, Wingtip…’ I’ve asked him not to name them but he’s wilful like his mum. Every time he spots a distinctive feature, a name is quick to follow.

In the eight years since he was born, the world has changed beyond recognition. Nations have been fragmented or lost altogether. The North Pole is underwater and so is our hometown in Dorset. I transferred to the Falklands when Tommy was three, with a grant to study the impact of climate change on the local birdlife. The money’s gone but we linger on like shadows waiting for one last sunset.

‘Oyster, Flag…’ With his spare hand, Tommy rubs dulled silver of his mum’s crucifix, which he’s worn around his neck since she passed away. He says he doesn’t miss her but the crucifix tells a different story.

In the last few years we’ve watched the penguins retreat towards the cliffs as their beach has been reclaimed by the sea. We’ve seen disease and famine decimate their ranks. I’ve explained to Tommy that their world is ending and so is ours, but still he wakes up every morning with a smile that’s ripe with hope. I want him to count the days of our continuing existence but instead he counts the penguins, reciting ‘Flappy, Duckface, Hood,’ until I tell him to stop.

‘I can’t find Grizzly,’ he says, alarmed. I’m about to help him search for the old-timer when we spot the birds of prey circling near the top of the cliffs. Below them, a penguin chick has ventured beyond the edge of the colony.

I check through my binoculars and count five striated caracaras, what the locals call Johnny rooks. The first caracara drops out of the sky followed by the others until the penguin chick is surrounded. Tommy wants to intervene but I hold him back, reminding him that the caracaras have chicks to feed too.

He looks away, clutching his crucifix and praying for the penguin’s life. I’ve never seen him pray before and he offers such a passionate plea to heaven, he reminds me of his mum.

‘Do you pray often?’

‘At night I pray for you and Mummy and if I’m still awake I pray for me too.’

I tousle his hair, remembering how lucky I am to be alive.

‘Will God save us?’ asks Tommy.

Satisfied, he returns to his binoculars. Seconds later he spots Grizzly and squeals with delight, probably thinking if Grizzly can make it, so can we. And I really want to believe him.

At the bottom of the cliffs, the caracaras tear and gouge.

Christopher Stanley lives on a hill in England with three sons who share the same birthday but aren’t triplets. He’s been published in Jellyfish Review, The Molotov Cocktail and Firefly Magazine as well as the last two National Flash Fiction Day anthologies. He can be found on Twitter @allthosestrings.