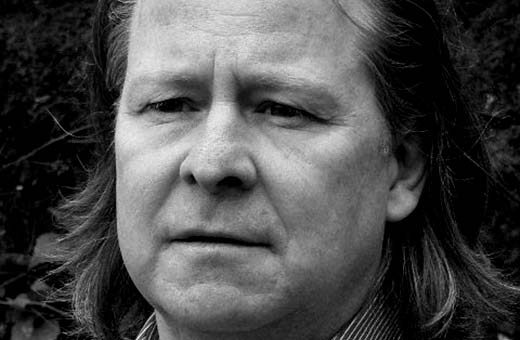 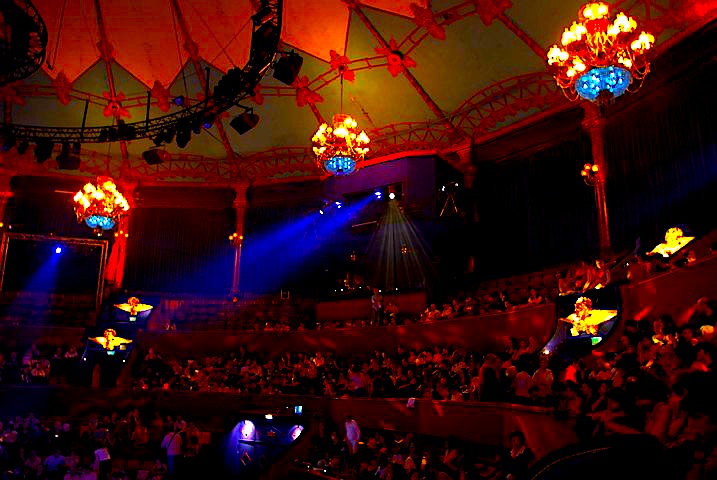 He chose me. Out of all the rest. Said I was pretty as poppies or peaches and he wanted me beside him in the ring each night. He is Ramos. Stands tall as a house-door and straight, a good looking man, and no one knows his age exactly. Ramos throws knives, sharp enough they can split hairs or breath. Every night of the week he throws knives – at me, every night bar Sunday, and twice on Saturdays.

And heart-stopped girls in the audience hold their breath in their cupped hands, leaning in, wide-eyed. I don’t know, but I think maybe they want those knives to nick my arms or legs, or stab me hard through the heart.

When the show goes well, Ramos knows. He measures the show by the applause and the number of girls who come back to see him after. He signs their programmes, sometimes the backs of their hands or even their swollen titties if they lift their shirts. He says they want him; he can feel them like dogs on heat. Says they want to put their hands down the front of his pants, and to find him hard as hammers or nails; they want me, too, he says, want to be me, strapped to a board with knives near enough they shiver my skin or theirs – like wasps crawling on flesh, ready to sting.

In the ring he’s Ramos. Out of the ring he’s just Eddie, shoulders hunched and his collar turned up against the day or the night, and he spits in the grass and pisses where he likes. We sleep together in his trailer. ’Course he’d still choose me, he says, if I ask. “Above ’em all,” he says. “Above any of ’em.” And he kisses my neck and reaches for my titties. And I remember what he said before, a year back now, about poppies and peaches, and he hasn’t said that in the longest time or anything like it. 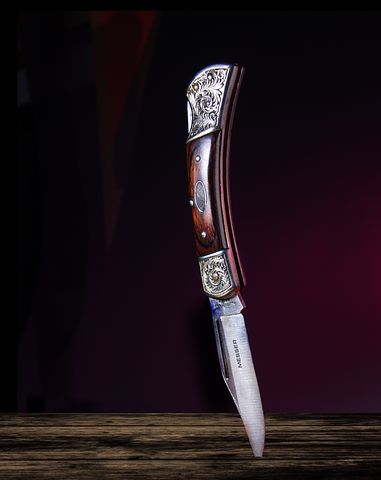 Then tonight he was closer than close, with his thrown knives, and one of them cut me. Not enough anyone else would see, but cutting all the same. I didn’t show it but stayed still like he’d taught me. Like we’d practiced a hundred times or more. Like we’d performed six nights a week and a Saturday matinee, for almost a year. So still there were not heartbeats or breaths, so still he could judge just perfect where the knife should be. And tonight he cut me, not to the quick, but cut me still.

Eddie doesn’t say anything after. Comes to me in the dark of the trailer. It’s late and he smells of another girl. He strokes my hair, squeezes my titties and says, when I ask, “Above any of ’em.” He undresses and climbs into bed beside me, turns away and slips too easy into sleep. And that is the deepest cut of all, lying beside Eddie, and Eddie just sleeping.

Douglas Bruton has been published widely, including in The Eildon Tree, Transmission, The Delinquent, Brittle Star Magazine, Grasslimb Journal, Blood Orange Review, The Vestal Review, Storyglossia, Ranfurly Review, Fiction Attic Press, The Smoking Poet, The Irish Literary Review, Interpreter’s House, Cease Cows and Flash Magazine. He has also had success in competitions winning Hissac, The Biscuit Prize, Firstwriter, and the Brighter Writers’ Circle Prize. He has also had recognition from the kind people at The Bridport Prize, and at Fish, and Sean O’Faolain and The Lorian Hemingway Short Story Competition.