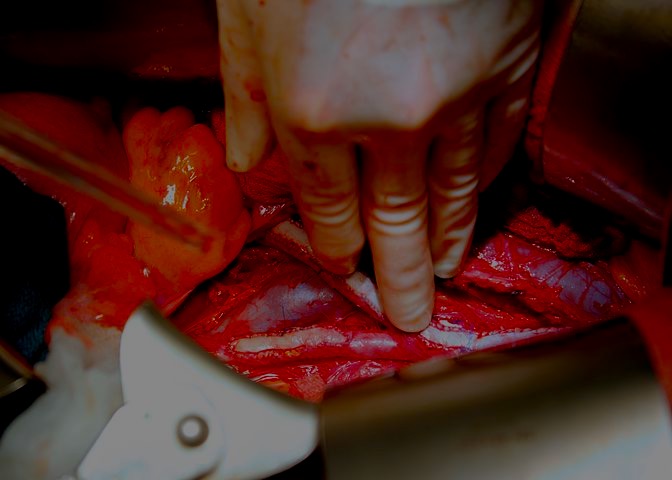 The baby boy’s wails merge with the strings, the horns and the trumpets in the background. It is the sublime crowning of Beethoven’s ode to the joy the mother will be feeling when the anaesthetic gas and the opiates wear off. The baby’s screams would have forever gone unheard in this womb, reluctant to spill its fruit, but Dr. Radevic and his scalpel have done the impossible. The woman now owes him two lives.

In the silent aftermath, blood and amniotic fluid flood the table and stain his white sneakers. He yells “Oxytocin” to the anaesthesiologist. A requiem rises while he holds her uterus in his hands, empty and sorrowful, as the pockets of his white coat or his bank account. He tucks it back in the open belly, a cacophony of organs. The intestines, coiled and slimy, are a nest of silent snakes. The solution to his troubles stares at him from its cushion of buttery fat. Something not be missed by its owner, unlike a finger amputated with a cigar cutter.  He refrains and he sews her womb instead, the torn hem of a skirt. He wants to drape the omentum over these organs like a curtain falling when the actors are finished with their performance, veiling his own temptation. 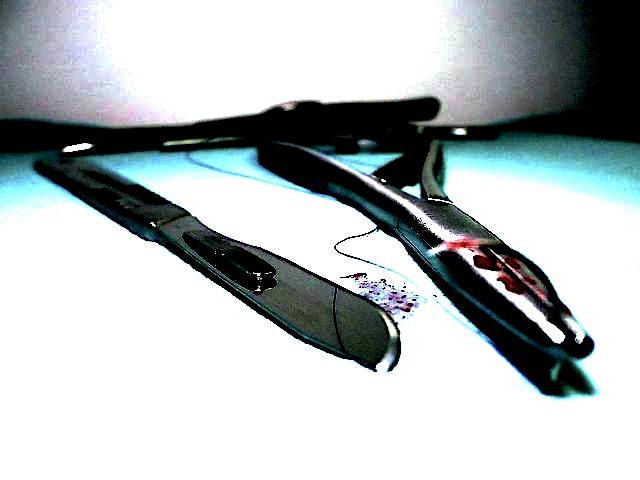 But the die has been cast too many times and often at the expense of somebody else’s money.

Pearls of sweat bloom on his forehead. He opens and closes his fist, feeling the bite of the non opposable fingers in his palm.  He doesn’t know of any surgeon with only four digits. With a few trembled moves of his scalpel, he crosses this Rubicon of blood drowning his remorse, leaving behind a cushion as desolate as the womb. He severs the ureter, artery, vein. The kidney is now as lonely and helpless as a naked baby.

Sophie van Llewyn lives in Germany. She is an Assistant Editor with the literary magazine Bartleby Snopes and a Pushcart Prize nominee. Her prose has been published by Flash Frontier, The Molotov Cocktail, Halo, Five2One Magazine, Hermeneutic Chaos Journal, among others. She also won the Retreat West Monthly Themed Flash Competition in October 2016.