Red knot, Caspian tern, Mongolian dotterel. As each name slipped from the lips of the lighthouse keeper, with tales of whales and seals and solitude, my father’s face filled with longing. We’d come out with the mail van to Farewell Spit, the northernmost point of Golden Bay to see the gannet colony. My father liked photographing birds. He told the lighthouse keeper that he envied him. My mother asked how he coped with loneliness, the lack of stimulation, the sheer boredom of such a desolate place. 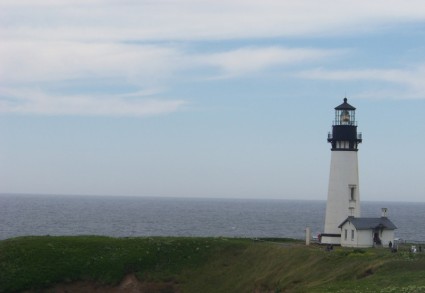 The lighthouse keeper looked at the blue arc of sky, the miles of white dunes, the refracted light, and said the only thing he wished for was a few more hours in each day to record the movements of birds, check the predator traps, maintain the lighthouse and tend his garden. He could see productive and busy were words my mother would understand. She asked what he did to relax. He said on starry nights he sat on the sand listening to the sea.

I remember my mother’s incomprehension as we drove back to our motel and the faraway look in my father’s eyes. That look returned a few years later when he read that all the lighthouses in New Zealand would be automated. I asked what would happen to the lighthouse keepers. That sort of person… said my mother… would always have difficulty fitting in. My father opened his mouth to say something. Then he hid behind his newspaper.

Sandra Arnold is a New Zealand writer with a PhD in Creative Writing from CQ University, Australia. Her work has been widely published and anthologised in New Zealand and internationally and has won several awards including the 2014 Seresin Landfall University of Otago Press Writers Residency and the 2015 New Zealand Heritage Week Short Story Competition. She was short-listed for the 2016 Grimshaw Sargeson Fellowship and was on the Honourable Contenders List for the  2016 Bristol Prize.  She started writing flash fiction earlier this year after completing her third novel. She is currently working on a collection of short stories and flash fiction.