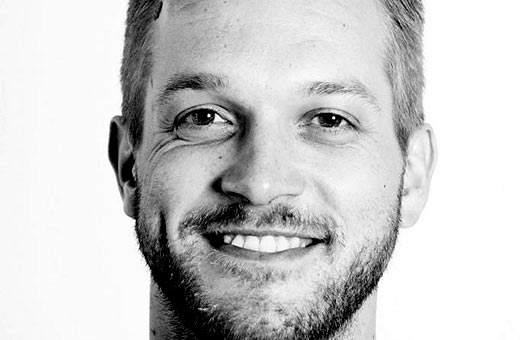 Flash Fiction: ‘A Touch of Blood’ by Stephan Meijerhof

When he stepped into the harsh light of the boxing gym you could see that the old man belonged. Taut, that’s how I would describe him, except for his journeyman’s face. Drawn-out, it had a colour as grey as his stubble. He looked like a ghoul, with those eyes casting furtive glances from the afterlife.

He didn’t say much that first time, asked to train and I said yes. He left a crumpled ten pound note on the way out. It was all he had, I guess.

His routine those few times never changed: skipping rope first, before two rounds on the heavy bags. He knew how to box: the way he rocked on the balls of his feet, twisting his hips at the right time. Never sparred, except for the last time.

He brought in a pair of ancient brown leather gloves; the knuckles were crackled white.
“You wanna go a round?” I said.

He took in the squared canvas of the ring and nodded.

The old man was tough and hard and fast. His prodding jabs rapid-fire, head down, always advancing. One of his low-slung uppercuts connected and I gasped for air. That power, it solidified his fists. We kept stepping in and out of range, weaving together, two dancers hunting a shared rhythm.

He tired quicker than I expected though, grunting hard on ragged breaths.
I should have held back more, maybe, but I feinted and threw a left hook and hit him square in the face. He went down without a sigh.

When he got up, the blood dripping out of his nose was sickly bright. It kept coming, no matter how many times he tried to wipe it away.

I knew he was lying.

He threw a faint smile when he left later that night. I never saw him again.
The cardboard box from the hospice on the hill came not a week after. Inside were the man’s boxing gloves, still smelling of sweat, the leather marked by the touch of blood.

Stephan Meijerhof is Dutch, and after many international travels, now resides on the beautiful island of Majorca, Spain. Having studied in South Africa, and with a background in journalism, he works as a freelance PR consultant in the video game industry. With two creative writing courses under his belt, including Oxford University, he is hard at work to get his short stories and flash fiction published. Stephan can be found on Twitter @smeijerhof121