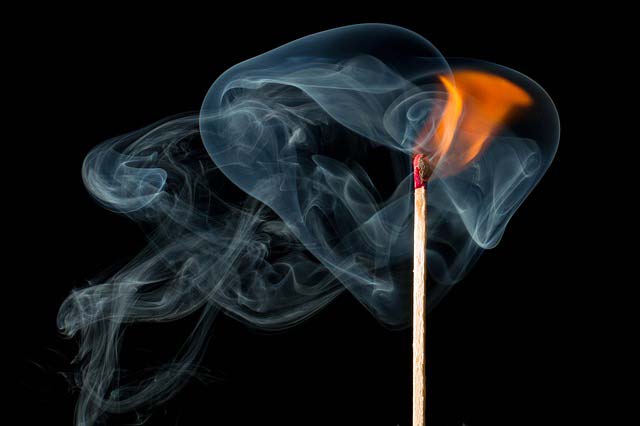 I know what you’re thinking. That I turned into a pint-sized pyromaniac because of my Unhappy Childhood™, but have you ever heard the snap crackle pop of a fire being born and feeling like God when He created the Sun? They call me Blaze instead of Bethany because there aren’t many secrets in a place like this.

Just like a fingerprint, no fire is ever the same.

It takes time and practice. Anyone can flick a lighter or spark up a match. It’s like building the Titanic with cocktail sticks or the bonfire towers of Belfast on Eleventh Night that tremble under their own weight, tethered with old tyres and tiny stick men on ladders.

Dead wood burns faster and newspaper smokes, and petrol turns it into an ending you can’t guess. Always check for children and animals. Cover your tracks, don’t leave a trace. Fire, like humans, can be unpredictable.

I used to listen to my Mum’s music when she was in hospital, just like me. Sinéad O’Connor sang a song about a Phoenix rising from a flame and I sat in this scabby old field behind the off-Licence and I smoked one cigarette after the other until my lungs were full. I wanted a fire so fierce that I would rise from the ashes like a mythical creature and above the things that pinned me down like my Mum talking to Jesus through the TV or the Mean Girls at school who called me a DIRTY TRAMP and my Mum a RELIGIOUS NUT and TOTALLY MENTAL.

I wanted to make something beautiful.

They had a guard that night who used to go to my school. He was the one who asked does your sofa match your curtains, you ginger freak, when I didn’t know that hair Down There was the work of the devil. We crawled into the belly of the bonfire, and he made a fist of my hair.

Afterwards, he went out to do something Unclean and I took a box of Sunny Jims out of my rucksack and sprinkled them like gold dust. He was still tucking himself in when the flames hit the height of an Ulsterbus. They roughed him up a bit but that was nothing compared to what they did to me.

On The Eleventh Night they let me go. I wasn’t beautiful then.