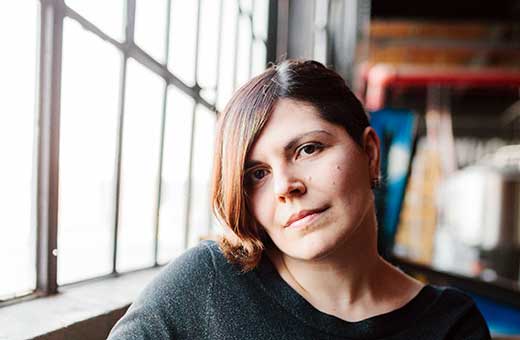 Say in court I’m a dragonfly and they ask what were you wearing on the night of? Then I could say what kind of question is that? Was my exoskeleton a little tight for my thorax; was my iridescence out to attract the wrong kind of attention? Say they ask but what did you think that would look like to him? Then I could say a dragonfly has thirty different types of light sensitive proteins; we can see in ultraviolet, recognize polarized light coming off water. I could say humans see only in combinations of red and blue and green, in shades of black and white. Even as a dragonfly, there are only two reactions they’ll understand.

They’ll say they understand how fight damages the female dragonfly anatomy, but what about flight? You dragonflies have six legs don’t you; aren’t you the fastest insects on the planet? Never mind how you say walking away was impossible, how tonic immobility’s a natural defence. I know even if I’m a dragonfly they’ll ask why would you just lie there like you’re playing dead?

Even if I’m a dragonfly they’ll say, did you even say no? I could try to explain a dragonfly has no larynx, especially in situations like these. They’ll say how was he supposed to know that was a no; you should have been more clear. But it’s not like a dragonfly’s a parrot, or an orangutan named Tilda who speaks in consonants and vowels, approximating what the scientists define as human speech. It’s not like a dragonfly’s a lyrebird who can learn to mimic the sounds of camera shutters and chainsaws, or an elephant that imitates truck noises because she has lived too long near highways; she has lived too long near men who have bulldozed, poured hot asphalt through the place she used to call a home. If they would listen, a dragonfly explains by aerial display. If they would only listen, a dragonfly explains by freezing, mid-flight.

Paola Ferrante’s poetry and fiction have appeared, or are forthcoming, in The Eyewear Review, The Fiddlehead, The Puritan, Carte Blanche, Minola Review, New Poetry, Overland, The /tƐmz/ Review, Geometry and Third Point Press. Her poetry has been long listed for the 2017 Thomas Morton Memorial Prize in Literary Excellence, and shortlisted for Eyewear Publishing LTD’s Fortnight Poem Prize. Her fiction has been long listed for SmokeLong Quarterly’s 15 anniversary Flash Fiction Awards. Her chapbook, The True Confessions of Buffalo Bill, is forthcoming with Anstruther Press. She resides in Toronto, Canada.