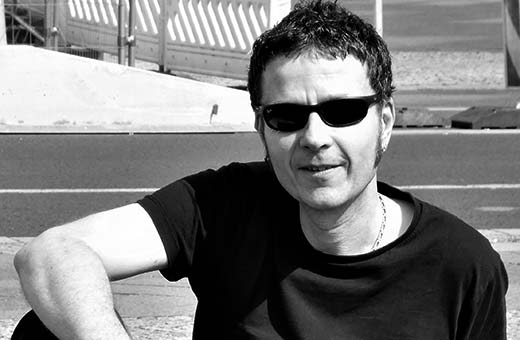 Flash Fiction: ‘In My Dream I See My Son’ by Jason Jackson

In my dream I see my son, and he’s older, older, almost old, waiting for me to die. We’re nothing like ourselves in a hospital room with a bed and a window looking out onto whiteness. There’s a silence, a weight, which is difficult to shake. I can’t speak, although I try, and my son can’t hear, doesn’t look at me, is bored, tired, sad, but also not quite there.

He won’t remember enough of me, doesn’t know who I really am, or was, or wanted to be, and as I try to whisper into the antiseptic silence I remember my own father.
On the day he left the factory, he looked up to the sky and screamed. He didn’t stop until a man called Frank took him by the shoulder and led him to The Crown where he sat and drank in silence, and he would not move until my mother came to take him home.

On his sixtieth birthday he went to a tattoo parlour and came out with the words live without dead time inked into his right forearm. He never gave a word of explanation to anyone.

So, from my dream-bed I tell my son – thirty years older than the boy he is today – in your retelling of me, you’ll be mistaken.

And I think of what dies with me: the birdsong of the morning I arrived in a concrete Polish town; the thin, high clouds of Andalusia which made me weep for distance; how I sat and watched the fireworks at the end of the world with the woman who became my wife for a while, how we survived, then fell apart. The elephant that winked at me. The high tree I couldn’t climb. The goal – all the goals – and the strings of my guitar.

There are boxed-up words he’ll burn, because who would want to know?
And the women, and the sex, and the blood in the dark, the sing-song, bed-breaking, coughed-up, coupled-up, sink-staining, sheet-stinking, red-white-and-black of it all.

These private worlds and these worries of age. The four-in-the-mornings which unmade me, which made me what I am.

When I wake from this dream I’ll go quickly to his room, and I’ll hold him the way my father held me.

Jason Jackson’s prize-winning fiction has been published extensively online and in print. He recently won the Writers Bureau Short Story competition and placed second in the Exeter Short Story competition, as well as having work nominated for The Pushcart Prize and Best of Small Fictions 2019. Jason regularly tweets @jj_fiction