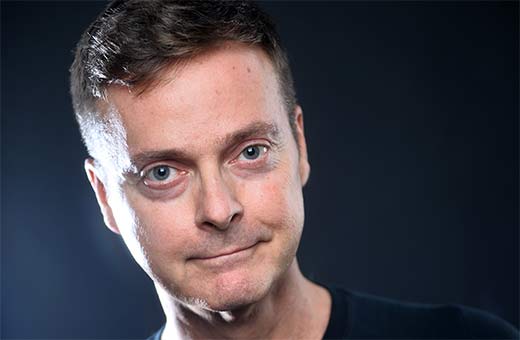 Hi Chris, thank you for speaking to us – it’s great to be hearing from one of the masters of Flash Fiction and managing editor of SmokeLong Quarterly.

Hi, Rupert! Thank you so much for asking. I’m honoured.

You were the mastermind behind SmokeLong’s ‘Global Flash’ series, which aims at publishing flash in other languages, alongside their translations. How would you explain this idea of ‘global flash’ and has it developed since you first launched the project?

I’m committed to inclusivity and diversity in flash fiction beyond the confines of English. And I know that everyone at SmokeLong feels the same.

Our first Global Flash story, in German, was a finalist for The Best Small Fictions 2017, and we’ve had stories in Spanish, French, and Danish since then. We’re always open for stories under 600 words in French and German. We’re thrilled to be presenting a story in Hebrew in December 2017, and we’ll be reopening submissions for Kiswahili in January. A lot is happening. We’re thinking about expanding the series to writers who can submit their story in English and another language. This would give us more flexibility and allow more writers to join in the series.

How has your time at SmokeLong affected your own flash fiction writing?

Editing for SmokeLong has been an invaluable education. I read and comment on thousands of submissions a year. Flash has to be so tight that voice, tone and concept are evident in that first sentence. There’s no time to spin wheels or get the engine warm. Every sentence has to stick. I guess if I’m speaking very specifically, editing for SmokeLong has taught me the importance of precision at all levels of the text, from word choice to concept.

The Kathy Fish Fellowship has just a few weeks left before the application closes – what advice would you offer anyone thinking of sending in their work?

Hurry! The deadline is October 31. We’re looking for a writer who can reach into him/herself and pull out something real. We’re looking for someone who will value the year with the SmokeLong editors (it’s a wonderful, supportive community), someone who wants to grow, someone who’ll be good to work with. I wish I’d known about the fellowship when I was just starting out. At AWP last year I talked to so many writers who thought they didn’t have a chance at the fellowship because they hadn’t published much. They are exactly the writers we’re looking for.

You’ve loosely suggested the differences between flash fiction and longer fiction by comparing wine with bourbon – would you say it’s the strength and intensity of the prose that separates it from, say, the short story?

Not always. I think a short story can be just as intense as a piece of flash fiction. I could even read a novel written like bourbon instead of wine, and I think writers who regularly work with the economy of flash can write works like this. I mention Colin Winnette a lot. He writes novels like bourbon, and he also writes killer flash. The difference is that flash must be bourbon. If a writer uses conventional novel-writing techniques to write flash, the story will end up not sounding like flash. It might be under 1000 words, but it won’t be flash. Scene-setting, exposition, dialogue that doesn’t further characterisation or tone – there is seldom room for these in flash.

You’re on the verge of bringing out a flash fiction collection – what have been the ups and downs of this process?

Thank you for mentioning this, Rupert! Other Household Toxins is an eclectic collection. I wanted to show what’s possible with the word count. I hope it inspires writers to experiment.

The ups right now are the cover art, the positive response from so many people, and the comments I’ve received from writers I respect. I’ll be sharing these comments on social media during the run-up to the publication of Other Household Toxins; but since you asked about ups of the process, I’ll share one now with you:

‘Other Household Toxins by Christopher Allen could well serve as a flash fiction primer. His prose is an axe: fast, honed, surprising. His stories are smart, fresh, and deeply moving. This is an unforgettable work by a writer of uncommon skill and grace.’

– Kathy Fish, author of Together We Can Bury It and co-author of Rift with Robert Vaughan

Downs. Hmmm. Not yet. It will probably be three years from now when someone tells me there’s a typo on page 113.

In a previous interview, you were asked about the lessons you’ve gained in travelling and I’d like to quote part of your answer in full, just because it’s so great and should be read by pretty much everyone:

One lesson – staying with the theme of language, is that to really understand someone, you have to listen without prejudice, without second-guessing, without interference of your own preconceptions. Never assume you know what someone means. Never finish someone’s sentence.  The same goes for being a good editor.

How necessary has travelling been for your writing?

Ah, I think travelling has kind of seeped into everything I do. It’s such a big part of me that I sometimes forget how much it has changed me. I’d be a different writer today if I weren’t so obsessed with seeing and understanding the entire planet. Travelling has opened avenues of creativity that I’d never have known if I’d stayed in the US 22 years ago.

In times of political insanity, artists have a responsibility to interpret the moment in their work. Members of the audience are welcome to disagree with this and offer their own opinions after I’ve said a bit about just how furious and disappointed I am. My talk will cover three points:

Number 3 is probably the most useful part of the talk. Yes, I think we have a responsibility to use our art constructively in this political malaise, but Trump is such a ratings queen. We shouldn’t give him the air time.

Lastly, what’s the best advice you’ve ever received and how has this influenced you both generally and as a writer?

Great question. I’m not always good at it, so please don’t hold me accountable after three or four glasses of wine. This advice has affected me more as an editor than a writer, but I think we’d all be happier if we took this advice to heart:

You can’t – and you shouldn’t – control other people, but you can control how you react to them. You can be the good guy.

Christopher Allen’s debut collection of flash fiction, Other Household Toxins, is forthcoming from Matter Press. His short fiction has appeared in [PANK], Indiana Review, Eclectica Magazine, and lots more. In 2017 Allen was both a finalist (as translator) and semi-finalist for The Best Small Fictions. He has garnered acclaim from Glimmer Train, Indiana Review, Literal Latte, and more. He lives somewhere in Europe and is on the editing team at SmokeLong Quarterly. Allen blogs at www.imustbeoff.com.