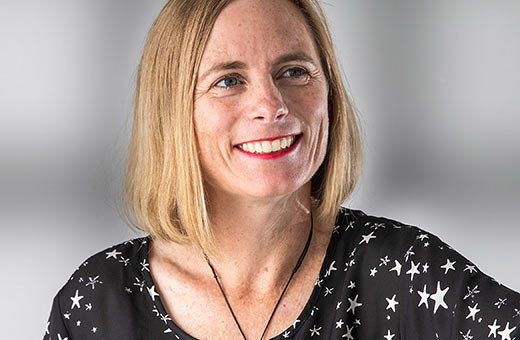 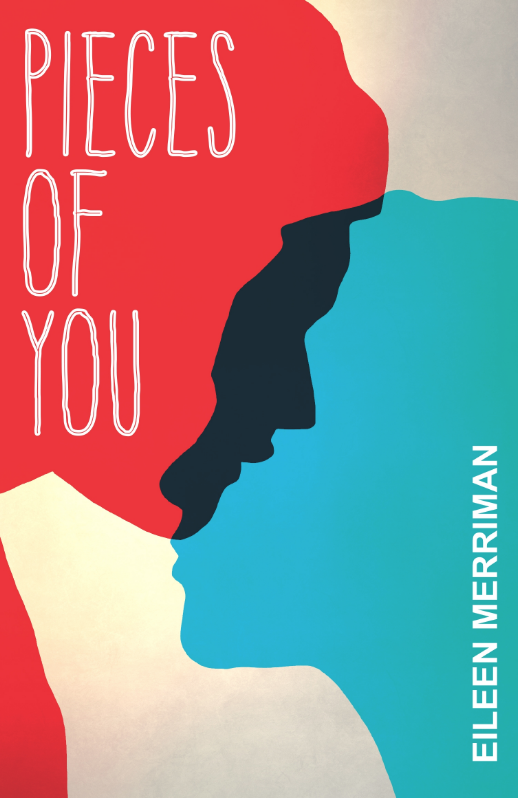 Thank you for agreeing to do this interview Eileen. You have had extraordinary success as a writer with the recent publication of two YA novels by Penguin Random House Pieces of You and Catch me when you Fall as well as publication, winning and short-listing in short story and flash fiction competitions. How do you fit all this writing in on top of a full-time career as a consultant haematologist and at the same time completing a PhD?

Writing, for me, is a compulsion. I don’t feel complete without it. It’s my stress relief, my escapism. So I try to always find some space in the day to write, even if it’s in the small gaps around everything else. Usually I write in the evenings, in an armchair in the lounge. Sometimes, I wake up in the mornings and write on my phone before I’ve even got out of bed. I travel a lot for work, and love the uninterrupted stretches of time on long plane journeys – no e-mails/social media/children wanting attention.

One rule I try always to adhere to is not to bring home my work. I’d rather go in early to get my work done than bring it home, and compromise my writing time. I’m fortunate in that I read very fast, or there’s no way I’d be able to keep up with everything.

Recently someone posted this on Facebook: ‘life is just a series of obstacles preventing you from reading your book’. Substitute writing for reading in that sentence, and that sentence sums me up perfectly.

How much of your writing is drawn from real-life experiences?

In my YA novel, Catch Me When You Fall, 17-year old Alex is battling with relapsed acute myeloid leukaemia. I trained in the Bone Marrow Transplant Unit at Christchurch Hospital, and treated many adolescents with life-threatening illnesses during that time, so was able to draw on these experiences (albeit from the other side of the bed). Both my YA books feature protagonists with mental health issues (self-harm, depression, and bipolar affective disorder). My brother lost his life to severe depression, and I was also treated for depression between the ages of 18-20 years, so that issue is quite dear to my heart.

Do you have a preference for writing novels or short forms? Do these different forms influence each other in your work? Is it easy or difficult to switch from one to the other?

Novels have always come first for me. I completed my first novel when I was 17 years old and sent it to Penguin. That generated my first ever rejection letter. However, as an adult, I began writing short stories and flash fiction as I realised it was very hard to get novels published, and I wanted to build up my CV. I found it quite refreshing to be able to complete something in days to weeks rather than over the course of several months. It was a pleasant surprise when I began to have my stories placed in both national and international competitions. I found flash fiction particularly satisfying, as the language is so tight and powerful; the closest I come to writing poetry.

Three of my novels had their basis in short stories. Two of these (Pieces of You and Catch Me When You Fall) have been published. My fourth novel, an adult novel, is also based on an award-winning short story.

I used to be able to switch back and forth relatively easily, especially when I felt bogged down in a novel, but these days seem less able to do that. As soon as I’ve finished one novel, I’m yearning to start the next one. So short stories and flash have really fallen by the wayside in the past year, but I’d like to write more of both again. 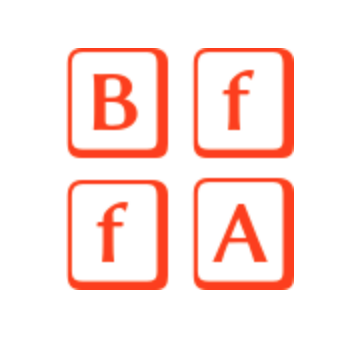 I found your flash fiction ‘This is how they drown’ which won second place in the 2015 Bath Flash Fiction Award extremely gut-wrenching. It stayed with me for days. What was the genesis of this story?

For some reason I was pondering over the mechanism of drowning – perhaps I’d seen something about a drowning in a newspaper, I can’t remember – and when I looked it up, learned there are two types of drowning. In dry drowning, the larynx goes into spasm and locks, so no air can move in or out. In wet drowning, the victim breathes in water. Somehow, I managed to create a story around this – it was all completely made up. It was originally about 800 words, but I pared it down to 300 words for the Bath Flash Fiction Award. The shorter version was definitely much stronger than the original, as is often the way.

You can read the Flash Fiction here.

When did you first start writing? Were there any writers who influenced you?

I can’t remember a time when I wasn’t writing, certainly from when I was around eight years old. As a child, the writers that influenced me were S E Hinton, Robert Cormier, Judy Blume, Christopher Pike, J D Salinger and Sylvia Plath. I was especially drawn to dark writing. As an adult, I love writers that don’t adhere to a certain genre, such as Haruki Murakami and David Mitchell, as well as writers who combine beautiful prose with very strong character-driven stories and novels, such as Tim Winton, Alan Hollinghurst, A S Byatt and Annie Proulx.

Flash fiction has enjoyed a surge of popularity in the last decade or two with more online and print journals appearing each year. How do you choose ones which are right for your work?

If I like what I read in a journal or e-zine, then I know that is where I want to send my work – for instance, Smokelong Quarterly, Wigleaf, and Literary Orphans. I love publications that pair art to the story. I’ve never been disappointed when an artist has illustrated my work, my favourite being Prismatic, which was published in Smokelong Quarterly here.

How do you see flash fiction evolving?

That’s a hard one! Flash fiction often reflects our times, both politically and culturally, so often you can track history through flash e.g. terrorist attacks, refugees, the #MeToo campaign –– I think this would be an interesting basis for a flash collection. I think flash will continue to grow, with more publications, and more competitions, as well as more recognition by the media. Our New Zealand National Flash Fiction Day, run by Michelle Elvy, certainly gets bigger every year, and the Bath Flash Fiction Award goes from strength to strength.

Are there any flash fiction writers you particularly admire? What other genres do you read?

Do you have any new work in the pipeline?

Always! My next YA novel, Invisibly Breathing, is scheduled for release in March 2019, and I’m about to sign the contract on my first adult novel, Moonlight Sonata, which I finished a couple of months ago (likely to be released late 2019). I’m now about 20,000 words into my next adult novel. Each time I finish a novel, I’ve convinced I’ll never be able to think of a new idea, and feel like a lost soul for a few weeks… but it always comes, eventually. 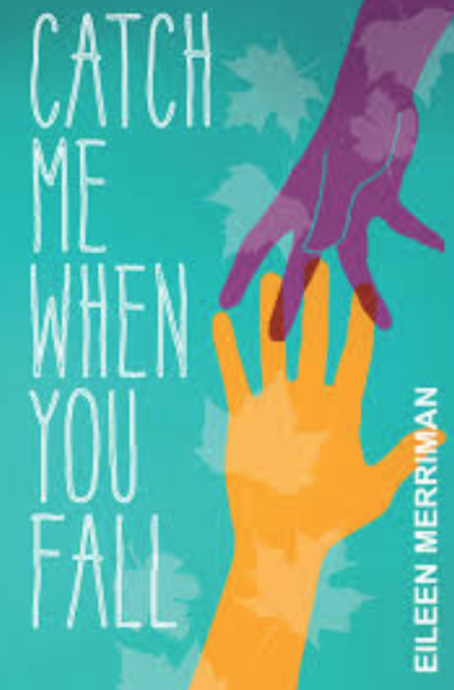 What are your goals as a writer?

To produce the best work I can. To be true to myself, and my readers. To reach out and touch my readers – in particular adolescents, to show them that they aren’t alone, and that it is possible to push through times of darkness.

What is the best and worst advice you have been given as a writer? What advice would you give to new writers?

The best advice: to listen to your critique; if several people read your work and all say the same thing, then they are probably right. The worst advice: I once read a terrible article by a creative writing school tutor who was basically poking fun at ‘wanna-be’ writers, in particular writers who had started later in life. He implied that ‘part-time’ writers would never get anywhere or be taken seriously. That really irked me, because I have to fit in writing around my full time job, as I’m the main wage earner in our family (writing certainly won’t pay our mortgage, even now I’ve had two books published). Also, there was a period in my life (between the ages of 18 and 37 years) when I didn’t write at all. Writers who start later in life, for whatever reason, can still achieve great things and I can think of a number of examples e.g. Laura Ingalls Wilder, George Eliot, and Anthony Burgess.

Advice to new writers: Read, read, read, and pay attention to how the writers you admire create their work of art. Write every day. You have to put in the hours if you want to succeed. Keep sending your work out, even if it is rejected, over and over. Being rejected doesn’t mean you’re a bad writer.

Eileen Merriman is the author of two young adult novels, Pieces of You and Catch Me When You Fall (Penguin). Both books are finalists in the 2018 New Zealand Book Awards (Pieces of You, Best First Book; Catch Me When You Fall, Best Young Adult Novel). Other awards include three times third place winner in the 2014- 2016 Sunday Star Times Short Story competitions, second in the 2015 Bath Flash Fiction Award, and a Storylines Notable Books Award for Pieces of You. Her work has previously appeared in a number of journals and anthologies, including the Sunday Star Times, Smokelong Quarterly, The Island Review, Literary Orphans, the Bath Short Story Anthology, the Bath Flash Fiction Anthology, F(r)iction, Takahe, Headland and Flash Frontier. More information can be found at her website: eileenmerriman.co.nz

Sandra Arnold is an award-winning writer who lives in New Zealand. She has a PhD in Creative Writing from Central Queensland University, Australia and is the author of three books. Her flash fiction appears in numerous journals including the anthologies Sleep is a Beautiful Colour  (National Flash Fiction Day, UK, 2017),  and is forthcoming in Bonsai: The Big Book of Small Stories (Canterbury University Press, NZ, 2018). She was nominated for the 2018 Pushcart Prize and the 2017 and 2018 Best Small Fictions.  Her third novel Ash will be published by Mākaro Press (NZ) in 2019 and her first flash fiction collection Soul Etchings will be published by Retreat West Books (UK) in 2019. www.sandraarnold.co.nz