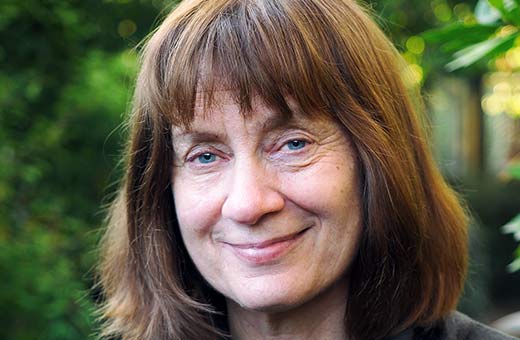 Thank you for agreeing to do this interview Frankie. I know you have been extremely busy editing New Zealand’s first major flash fiction anthology Bonsai: Best Small Stories from Aotearoa New Zealand ( ed Michelle Elvy, Frankie McMillan, James Norcliffe). Would you tell us how this came about?

In a sense we were like old time botanists with butterfly nets; we felt the need to venture out and gather the shiniest examples of the short short form in Aotearoa New Zealand. We saw so much excellent work by New Zealand writers and loved the idea of bringing a collection together in a book form. It was a longer journey than we ever imagined, but we’re thrilled Bonsai: Best small stories from Aotearoa New Zealand will soon be winging its way into the world. Sept 2nd  Christchurch WORD Festival.

Our publisher, Canterbury University Press, has been incredibly supportive of this pioneering anthology which includes flash, prose poetry, haibun and craft essays. There are 165 contributors.

You also teach writing at the Hagley Writers’ Institute. How do you approach teaching writing? Does your teaching influence the way you write?

At Hagley I’m not required to follow a set curriculum, so my teaching allows for more of an improvisational approach. In class students have their work critiqued by others and workshop outcomes and the following discussions often vary according to what’s being presented in the session. I have only nine or ten adult students in class and close working relationships with each other are quickly formed. Classes can get a bit noisy and sometimes I wonder if I should be more of an authority figure, but overall I’m more comfortable with an inquiry based, collegial mode.  This concept of inquiry is fundamental to me in both teaching and writing. 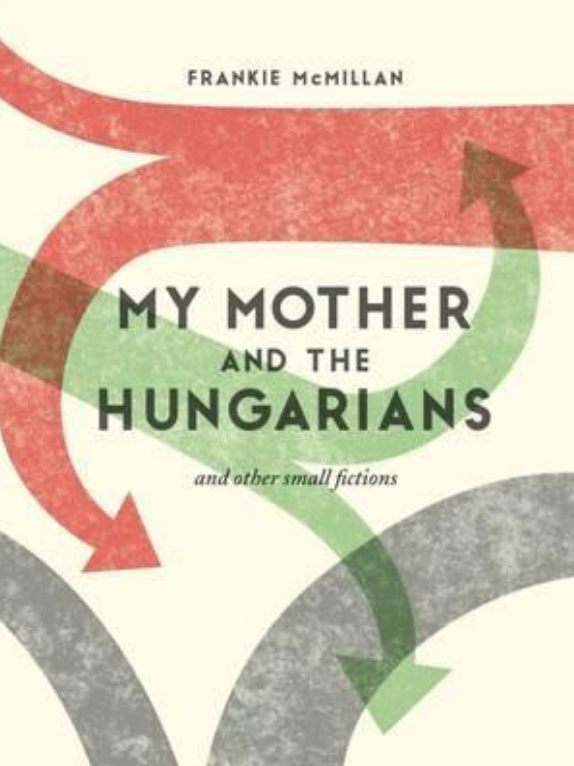 You have published a short story collection, two volumes of poetry and a flash fiction collection. What was the genesis of these collections?

I think my books are all attempts to make sense of the world. Each one tends to have an underlying theme or pre occupation.  My Mother and the Hungarians and other small fictions (displacement), There are no horses in heaven (our relationship to the natural world), Dressing for the Cannibals (a childhood fear of being eaten alive) and the bag lady’s picnic and other stories (loners or society’s casualties).

Do you see yourself primarily as a poet or a prose writer? Do these different forms influence each other in your work?

I don’t really see myself as one or the other. A writer has a way of looking at the world, being alert to small mysteries, shifting landscapes, how strange we are to ourselves and to each other.  I’m interested in how I can best capture this using any tools I have to hand. Currently I have two projects on the go: a novella and a monologue for theatre.

When did you first start writing? Were there any particular writers who influenced you?

I began writing as a lonely child, trying to make sense of a fractured world in which I spent time living apart from my parents. I read a lot of Russian classics – all that misery made me feel not so bad after all. Other writers who influenced me include Grace Paley, Flannery O’Connor, Jayne Ann Phillips, Lucia Berlin, Alice Munro, Patricia Grace, William Trevor, Janet Frame, Owen Marshall etc. These days it’s an entirely new set of authors and my reading includes the work of famous playwrights.

Do you have a strict writing routine and how easy/difficult is it to make time for it given all your other responsibilities?

I would love to have a strict writing routine! I usually try and write first thing in the morning sitting up in bed. Later I wander around the house looking for a sunny spot to write.

What we now call flash fiction is not a new form, however, since the 1980s it has come into its own with hundreds of print and online magazines now including or focusing on very short stories and more anthologies and single author collections appearing. To what do you attribute this surge in popularity?

I think art is always pushing the boundaries. People are excited by the possibilities of a new form or as in the case of flash, a renaissance of the short short form. Flash lends itself to experimentation in ways that might not succeed in longer works. Often an idea, an atmosphere or impression cannot be sustained in a longer form. Likewise with certain political/social themes that could run the risk of becoming didactic in a longer story. Note the powerful commentary here.

Like many teachers I use short short stories to demonstrate word economy, imagery, selective detail etc. I find students exposed to this form early on in their writing career often continue to write flash alongside their longer works. Other obvious reasons for the popularity of flash: the brevity of the form allows a story to be written in a short time, the emergence of a strong online flash community and the compelling emotional urgency of the form. Flash often has a characteristic edginess that lingers in the reader’s mind.

What do you think distinguishes flash from the short story, prose poetry and novels?  How do you see the form evolving?

Gulp. This question could take hours to address, but as Joyce Carol Oates noted, unlike conventional prose which ‘generally opens out to dramatise experience and evoke emotion’, the short short story is more like poetry, where ‘in the smallest, tightest spaces, experience can only be suggested.’

In flash what is not said can sometimes tell the story. I find it’s a form that requires far more active participation from the reader than longer works. Blink and you miss it. I love the emotional urgency of flash and the way it moves from one slightly anxious moment to the next.

In terms of the form evolving, it’s exciting to see the appearance of the novella in flash, the flash memoir and flash video, a form which combines text and image. See the work of Leanne Radojkovich, Hummingbird  and The Onion, and Zoë Meager, A Mother’s Touch.

Also, The Commuting Book, an initiative to get short stories on buses, using a ‘scan and read’ function is very well suited to flash fiction and presently underway in new Zealand. 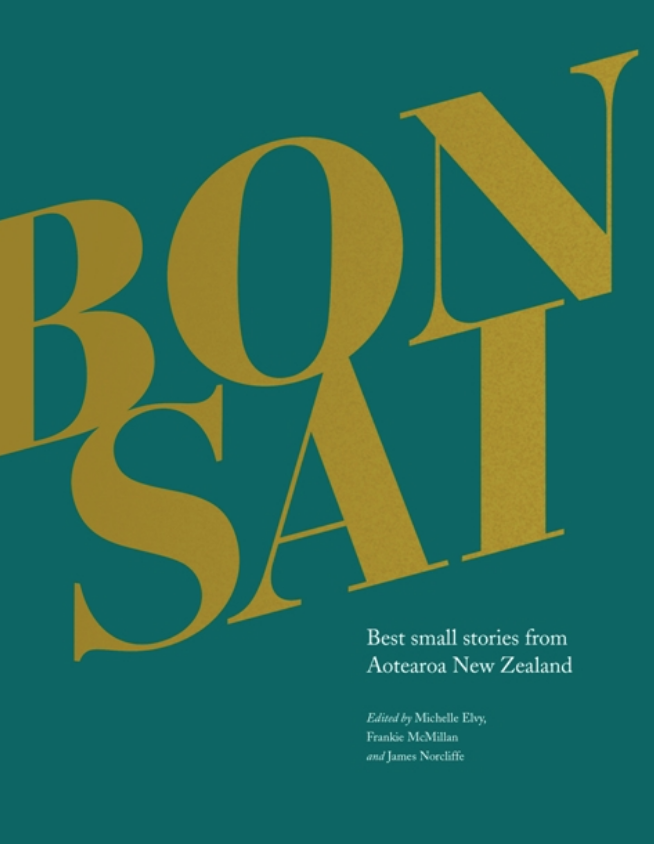 Are there any contemporary flash fiction writers or publications you particularly admire?

If I began naming flash writers I’d probably wake in the middle of the night fretting that I’d forgotten someone.  But many of our strongest NZ writers feature in Bonsai: Best small stories from Aotearoa New Zealand.

You have held several writing residencies. Do you find being away from home helps focus your concentration on your writing?

In a sense a writing residency gives you the freedom not to write. When I’m based at home I write quickly through and around the various distractions. I’m just pleased to get something down on paper. A residency, particularly one of the longer university residencies, allows time to think, research, mull over all the artistic possibilities. It also allows the freedom to abandon or restart a project. I’m enormously grateful to have been able to head off a few disastrous ideas before they stalled a year or two later. With longer forms, eg a novella, once I’ve thought through all the possibilities then the actual writing happens, fast and furious.

Could tell us something about your current writing project?

I’m working on two projects at present. A novella of interlinked short short stories that are set in a religious cult. And a theatre piece which may or may not involve a gorilla. Both are darkly funny.

What advice would you give to new writers wanting to write flash fiction?

The same advice I usually give to any beginning writer.  Read as much and as widely as you can.  Write with honesty, say the unsayable, be true to your own perceptions and experience of the world. Surround yourself with writer friends, do courses, make time to write, send off work to reputable journals and competitions. One other thing − go for regular walks. There is something about walking that is conducive to good writing!

Frankie McMillan is a poet and short story writer. Her book of flash fiction, My Mother and the Hungarians and other small fictions (Canterbury University Press) was long-listed for the 2017 NZ Ockham Awards. She has won numerous awards and residencies including Canterbury University Writer in Residence (2014) and Michael King/Auckland University Writer in Residence (2017).  Her flash fiction appears in numerous anthologies including Flash Fiction International, 2015 (WWW Norton) and Best Small Fictions, 2017 (Braddock Books).

Sandra Arnold is an award-winning writer who lives in New Zealand. She has a PhD in Creative Writing from Central Queensland University, Australia and is the author of three books. Her flash fiction appears in numerous international journals and anthologies including Flash: the International Short-Short Story Magazine, Blue Five Notebook, New Flash Fiction Review, Spelk, Bending Genres, and Bonsai: Best Small Stories from Aotearoa New Zealand (Canterbury University Press, NZ, 2018). She was nominated for the 2018 Pushcart Prize and the 2017 and 2018 Best Small Fictions.  Her third novel Ash will be published by Mākaro Press (NZ) in 2019 and her first flash fiction collection Soul Etchings will be published by Retreat West Books (UK) in 2019.  www.sandraarnold.co.nz