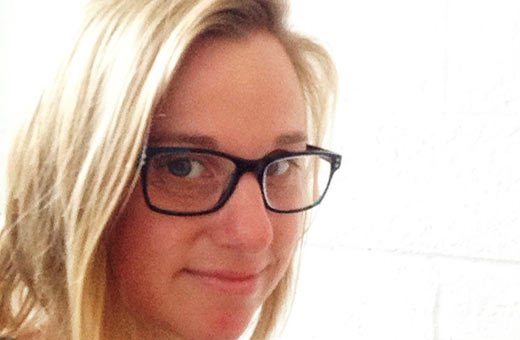 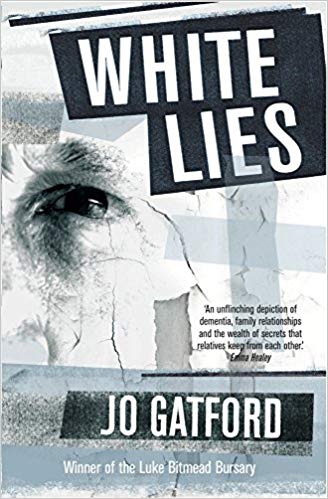 I started out writing ghost stories at school, developed an obsession with westerns and sci fi as a teen, and got into scriptwriting at university while studying film. But then a novel manifested itself in my head and after a long and arduous failed first attempt, my second book, White Lies was published by Legend Press in 2014. About the same time I started submitting short fiction and racked up a modest list of publications, including winning The Fiction Desk flash competition in 2014 and the Bath Flash Fiction Award this year. I’m currently working on another novel, along with the ever-rolling process of writing, revising, and submitting short fiction, and recently ventured into playwriting – my first play, Flying Ant Day, was produced by Broken Silence Theatre this month which has been an amazing experience.

I’m also the co-founder and director of Writers’ HQ, a writing organisation that offers low-cost writing retreats and online courses to busy, skint writers with no time or money. On the side, I work freelance as a copywriter, editor, and digital marketer, but the dream is that one day Writers’ HQ and my own writing will take over completely.

If you DO write other forms, which do you prefer? It doesn’t have to be flash. What are the challenges, for you, of flash?

I love flash, particularly as an antidote to the lengthy process of novel writing. I first got into short fiction while editing my first novel, using it as an escape from revising by writing something fast, fresh, and new. Flash feels like more of an instinctive, immediate process to me – particularly when you’re short on time and brainpower. I used to participate in a 90-minute writing challenge each week and the restriction forced you to translate thoughts to words without getting tied up in perfectionism or ‘consciously’ writing. Many of those hastily scribbled drafts then got revised and reworked into finished pieces and were eventually published. A limited word count helps, too. If you only have a short time to get a story across, it encourages you focus and pare back your writing to get to the real crux of what you’re trying to say.

As for the challenges of flash, brevity and clarity are the main ones for me – finding a way to engage with a character or situation with very little opportunity for backstory or exposition can be difficult – but that’s also part of the joy of it. Flash drops you right into the moment and doesn’t let you look away for a second.

What was your writing process for ‘Second Skin’? How many drafts, how long did it take etc? Can you remember the word count of the first draft? Did you find any particular challenges in fitting within the word limit?

I think the first draft was written while I was teaching a creative writing workshop at a local college earlier this year, though I’ve previously written various different iterations on the same theme in the past as it’s partially based on real life experiences. Organising memories and genuine emotions into some sort of narrative can be tough, particularly when you’re so close to the subject, but inspiration was apparently flowing that day and the first draft came out almost fully-formed in terms of structure. There were several rounds of edits to prune and improve it after that, and I had to cut it down a little for the TSS word limit, though that’s rarely a bad thing! Writing to a word restriction makes you weigh up each line (and sometimes each word) and be utterly brutal. Any unnecessary repetition, extraneous waffling, or attempts to be overly clever or poetic just have to go. Which makes a story more honest, I think.

It’s an interesting ending, where the last few lines roll into what’s been suggested before. Was that the ending you had in mind when you started writing?

Coming back to the beginning felt cyclical and circular in a narratively satisfying way. And while it’s not exactly a happy ending, there’s a hint of redemption within the resignation. It’s a reference to my own experiences with eczema as a teenager, after years of trying to hide behind my hair, spending hours in the bathroom desperately trying to ‘fix’ my skin, and being bullied for the way I looked – one day I decided to just cut all my hair off and face the world with no pretences (#nofilter!). The character in the story doesn’t quite go that far – she succumbs to the societal pressure of make-up and ‘putting on a face’ – but letting the skin fly away on the wind is a nod to that sense of freedom; of letting go.

What other writers do you look up to as particular influences?

I’m a huge fan of Amy Hempel. Her collection, The Dog of the Marriage, was a massive part of why I started experimenting more with flash and short fiction. She creates this amazing balance of humour, deep-cutting emotion, and original structure that makes each piece feel like you’ve just read an entire novel. Kurt Vonnegut is another longstanding influence – and, in a similar-but-completely-different way, Terry Pratchett – both are subtle observers of humanity and manage to create black comedy out of the darkest subjects without being nihilistic.

There are so many talented short fiction writers out there, too. I love discovering new stories and authors on Twitter or while browsing lit mags, and watching writers I know get published. The short fiction world is such a supportive, inspiring, and encouraging community.

Jo Gatford is a writer who procrastinates about writing by writing about writing. Her novel White Lies was published by Legend Press in 2014, and her short fiction can be found in Aesthetica, The Fiction Desk, Litro, SmokeLong Quarterly, and most recently as the winner of the Bath Flash Fiction Award. You can read most of them here. She is also co-founder of Writers’ HQ, which offers online writing courses and retreats for ‘badass writers with no time or money’. Her Flash Fiction ‘Second Skin’ was recently Highly Commended in the TSS Flash Fiction 400 Competition (autumn, 2018).