Flash Fiction: Should I Worry? by Christopher Newlove Horton 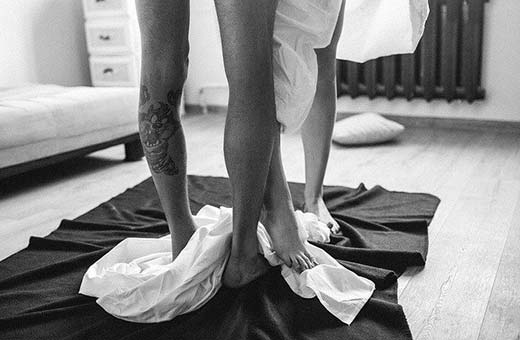 I took a guy home last week. Usually, I don’t. But he was big, and so profoundly ugly he became interesting. He looked recently defrosted from an ancient glacier, one of the ones that are melting at an unprecedented rate. The attraction was primal. He was German, it turned out.

I pretended I was a trophy or a precious Grecian urn.

When I woke, he was in bed next to me, wanking by my knees.

“There you are!” he yelled.

His face looked ridiculous. His breath smelled of ham.

“Say more about the naughty woman you are.”

“Oh, I’m a whole world of naughty. I’m the naughtiest, in fact.”

“I bet you are. Now say, Aberystwyth,” he said.

Later, I told my friend Karen. She couldn’t believe that last part.

The ears, she understood.

“My first boyfriend used to do the same,” she said. “I thought it was his age.”

“Paul was from Basingstoke,” she said.

He was also fifty when Karen was sixteen. I once told her she’d been groomed, but she said that was too simplistic to be true. They were together until Paul wrapped his Rover Montego around a two hundred year-old oak. I found it vaguely ironic—something about age—but the tree didn’t kill him, a brain haemorrhage did. He was dead or dead enough and then he hit the tree.

I told Karen how the German looked like he’d appeared from the retreating permafrost.

“They’re finding all kinds of cool stuff where the ice used to be. Missing people, downed planes. Deer suicide en masse. Even anthrax,” she said.

“I thought anthrax was manmade.”

Just before the German left, he turned sombre and enquired about his chances of infection or disease. He was perched on the edge of my bed, pulling a brown sock over his monstrous calf.

“I don’t usually do this. Should I worry?” he said.

Christopher Newlove Horton’s short stories have appeared in The Stinging Fly, Hotel, Lighthouse, The Moth, Banshee, and Dazed & Confused. He has twice been shortlisted for The White Review Short Story Prize. He is working on his debut collection.