Flash Fiction: The Left behind, by Isla Telford 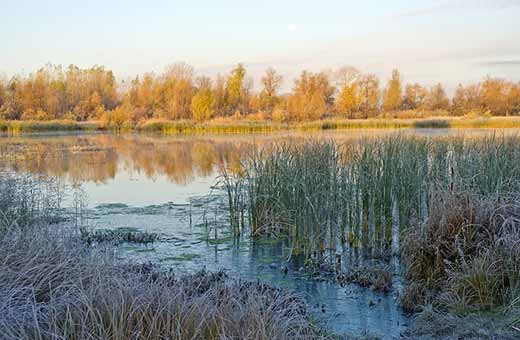 None of them took their phones. That’s how we all knew something was wrong.

I put on Jamie’s grey surf hoodie and walk down to the floodplain of the Churnet river behind our house. I sit on the hard-baked mud and work my fingers as deep as I can into the cracked earth. I’m trying to reach him, I suppose. Last week the ground was green and soft, this week terracotta. The root system more fragile than it seemed.

When I get home I feel almost calm, wrapped in the fading smell of him, and I log onto my social media accounts. Instantly I wish I hadn’t. The hashtag #piedpiper is trending again, thousands of selfies of mothers sitting alone on cracked ground. It’s the cracks, I realise, bringing us all back out; we’re all hoping we can reach them.

Some verified facts include:

The speculative conclusion is that they left of their own volition.

Videos from January are being shared again, and I watch the hundreds of children walking to flooded green land and lying down in the water. I flinch. It must have been freezing. I watch as the children sink and keep sinking, and on the films I hear the shocked shouts of onlookers. It looks like a protest. Blamed over spreading the virus, terrified about climate change, exhausted from puberty in isolation: I’m not convinced that it wasn’t.

Jamie used to joke that there was no point in learning to cook because the world would end before he grew up. I never found it very funny.

My younger son comes into the kitchen while I’m scrolling through my phone. He rests his blond head on my shoulder. He couldn’t do that back in January, when they left. His insistence on growing is the only way that time cuts through grief.

I put down my phone and kiss his forehead. I hesitate before I hug him, my intentions have to be true, a little trick I’ve learned to make sure that I’m holding the living child and not the absent one.

He wrinkles his forehead where I’ve kissed him too many times.

They didn’t dig up the floodplain behind our house. We’re on the edge of town, Jamie was the only child who was fourteen round here.  They concentrated more on inner city areas. The attempted exhumation filmed by the BBC had an estimated twenty-three teenagers disappeared within a tiny square of grass that served four tower blocks. They brought in archaeologists at first, and then mini-diggers, until they realised that it didn’t matter how deep they dug.

We eat potato wedges and sausages at the table, me and my husband and our left behind son. We live out our same patterns. I forget the ketchup and get up halfway through to fetch it, same as every time. The dog has to be told to go to her bed. We all drink water. We all leave our plates clean. We tell jokes and force laughter. We are strict about the washing up. Jamie’s chair is empty.

Isla Telford is Co-Director of arts organisation Urban Wilderness, based in Stoke on Trent. She lives in Staffordshire Moorlands with two children, her partner, and their dog. She has recently launched @hencrofthub, a quarterly themed online magazine for new writing, and is working on a novel through Faber Academy. Say hi: @islajtelford.