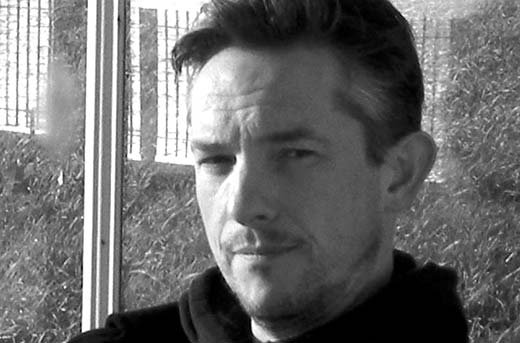 Neon is one of the longest running independent literary magazines in the UK. It is published twice a year in print and a range of digital formats. Each edition features a blend of surreal and speculative fiction, poetry, art and photography.

How would you describe Neon?

I settled on “A Literary Magazine” when it came to picking a subtitle – I wanted something self-explanatory and… well… literal. Sometimes, though, it feels more like a pet or a rather sprawling houseplant that I’ve cultivated for almost half my life now, and which is as much a part of my artistic practice as my writing.

To be a little more practical though: it’s a print and online magazine of fiction, poetry, and photography that’s published twice a year. 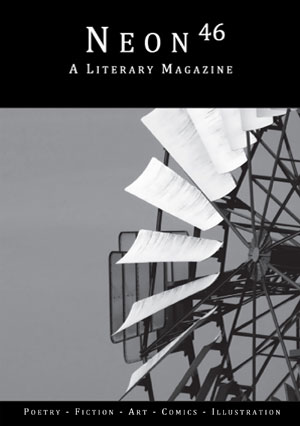 Neon has been around for a few years now, and seems to be going from strength to strength. How did it all start?

I started the magazine when I was a teenager. I’d just discovered short stories online, and I was amazed by the talent of some of the people publishing there. I’d never heard of any of them, and they had never published a book, and yet their work was absolutely stunning.

I had wanted to start a website of some kind for a while, and my interest in short fiction and poetry made a literary magazine seemed like the obvious choice. I wanted to be able to get deeper into that world, perhaps even to help shape it.

What does a day in the life of the editor of Neon look like?

I’m a freelance writer most of the time, so I rarely spend an entire day working on the magazine. That said, it does take up quite a lot of time. Most subscriptions are fulfilled by me personally, and I read every single email and submission that’s sent in. Around that I work on getting the magazine formatted and printed, and developing the other projects (chapbooks, etc) that surround the magazine.

Neon has a distinctive style — writing that unsettles the reader, dark, other-worldly — and there is a strong emphasis on speculative fiction and writing that challenges the reader. Do you have a particular audience in mind when you shape an issue, or in general?

When I started out the audience I had in mind was me. I wanted to curate the things which I loved and connected with the most. For many years that’s all I focussed on. Over time, though, the magazine took on a life of its own. It has its own aesthetic now, and it’s one that’s difficult to describe in words, but which I recognise instantly when I see it. The audience… I guess is mostly people who respond to that kind of writing, but I’ve never thought too much about trying to cater to them. I’ve always believed that by focussing on what I love I’ll end up making selections that really speak to people.

What is the process for putting an issue of Neon together?

It’s a long one! I have a checklist with over one hundred entries to guide me through the process. After selecting the pieces there’s a lot of hammering raw text into shape, then formatting, selecting images, printing, producing digital editions… and that’s all before actually doing anything to promote the issue or get people to read it!

Do you work with other editors, or alone?

It’s just me for now, although I’m aware that I’ll probably need to seek some extra help at some point. If anyone’s interested…

I get the impression that you’re something of a traveller. Do you think this is reflected in the pages of Neon? Do the stories you select reflect your own taste or broader considerations?

I do tend to travel quite a lot. I’m not sure if this is reflected in my editorial choices. I suppose – in the same way that everything you experience shapes everything you write – it must be.

How much do you work with authors in terms of the editing of their stories?

Most of the stories that I take are more or less ready to print. There’s always some minor editing to bring them in line with house style, but that’s about it. There are usually one or two stories per issue where I do more editing. This will be because I really love the stories, but don’t think they quite work as they are. In most cases a couple of rounds of edits really helps them take shape.

I get the sense that you value Neon’s relationship with its writers, continuing that relationship after publication?

I do. Apart from anything else it’s fascinating to see what people go on to do – I’d likely try to keep in touch with writers even just to satisfy my own curiosity. As well as that, though, I don’t necessarily want being published in Neon to be something that people do and then forget about. Cultivating an ongoing relationship seems to me to be much more productive.

The look and feel of Neon has developed a lot over the years, but it has always been distinctive and reflected the work you publish. It’s a great looking publication. The design of it is obviously something you take pride in…?

It’s something I certainly spend a lot of time working on, and have been fortunate to have help and advice from lots of people who have a much better eye for design than I do. I love learning about design and print in the course of making the magazine. Although I’m generally pleased with the way it looks, I’m always making little alterations and improvements to the design.

The images you use — the cover art and internal artwork — are an integral part of Neon. How do you go about selecting it, and how do you see its relationship to the text?

As with stories, I’m often not a hundred percent certain what it is about a given image that makes it perfect for an issue – some images just seem to stand out, or to complement a story or poem particularly well. It can be tricky. Getting the right images and layout for a story is one of the most time-consuming parts of the whole process.

Nobody’s going to get rich from short stories, but Neon is one of the few UK literary magazines that pays its contributors. Was this an important principle for you, as a writer?

Certainly. In an ideal world, I’d pay a lot more, but the magazine makes a very limited amount. I set things up so that, as the magazine grows, contributor payments will grow too. That said, it’s as much a symbolic thing as anything else. Writing and publishing short stories isn’t a profitable business, but paying writers (even if it’s only a small amount) is a way of demonstrating that work is valued and valuable.

It is, if only just!

Neon is available in print and digital formats. Is the readership for these two platforms different?

I don’t think so. At the moment there are marginally more digital readers than print readers, but the readership of both formats is constantly growing. With people talking about the death of print, it would be interesting to chart the relative size of each readership over the years, but that’s not something I’ve done just yet.

Neon is UK based but has a strongly International feel — many of the contributors are from north America, for example. Is this a deliberate editorial choice or does it reflect the submissions you receive?

It reflects the submissions I receive. I don’t look at biographies until I’ve decided on a piece, so the origin of writers is of no concern to me. Interestingly, the vast majority of readers of the magazine are in the UK, but submissions are overwhelmingly from the US.

You’re a successful writer of short fiction yourself. Has your experience of being an editor changed your own practice as a writer?

I’m sure it has done, although how exactly is difficult to pin down. When I first started reading for the magazine it helped me nail down what I thought was good and what I thought was bad. Plus reading a lot of submissions and experiencing a lot of different voices on a daily basis gives you a sense of where you sit in a literary community.

How do your editorial duties fit in with your other activities as a writer?

They fit around them pretty neatly. I enjoy all of my work, whether that’s my own writing or editing the magazine. Because of that, I never feel like publishing Neon is taking me away from my own work. It’s all part of my practice as a writer.

Over the last few years you’ve branched out, publishing chap books and the Neon Battery Packs. What can readers expect in the future?

Chapbooks, I’ve learned, are extremely difficult to sell. But I love every single one that I’ve published, so there’ll be more of them in the future. I’ve recently started working on an alternative writers retreat (https://www.liminalresidency.co.uk/), which is a lot of fun and something that will run alongside the magazine eventually. More than anything else I just want to keep publishing and keep doing fun and interesting things.

Where can we find a copy?

Print and digital copies are available to buy on our website.

Read our interview with Krishan that explores his writing.

Krishan Coupland is an award winning writer, artist, game designer and publisher, preoccupied with theme parks, cults, abandoned buildings, true crime and urban mythology. His first chapbook, When You Lived Inside The Walls, is published by Stonewood Press.

David Frankel’s short stories have been published in anthologies and magazines including Unthology 8, Prole, Lightship Anthology and The London Magazine. His creative non-fiction and reviews have been published in various journals and publications both online and in print. He also works as an artist and edits work for other writers.