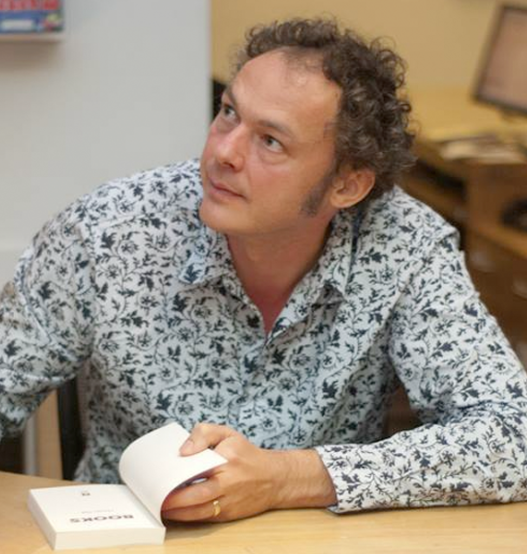 Charlie Hill is the author of two novels, with a novella due in September from Cinnamon Press. His short stories have been widely published in print and online. Most recently, his work has appeared in The Lonely Crowd and Spelk and was featured as part of the 2015 summer exhibition of the Ikon Gallery. Charlie has just edited his first anthology (containing work by Alison Moore, Nicholas Royle, Kit de Waal, Clare Morrall and David Gaffney) as part of his role as Director of the PowWow Festival of Writing.

A short story writer should be interested in everything. Susan Sontag said that, or something like it. But everything about everyone? Perhaps not.

In 1999 I wrote my first short story and submitted it to a new publisher called Tindal Street Press, an independent outfit who had just set up in Birmingham, my home town. They were putting together an anthology and were looking for people who could do ‘contemporary realism.’ I’d only ever been published as a journalist, but I’d read quite a lot of the genre and thought I’d be in with a shout. I was vulnerably housed, I’d recently bet a whole month’s rent on a football match, I played pool for money. The fella I lived with dealt drugs, collected superhero figurines. One afternoon, I took a call. ‘Bloody hell,’ I said as I hung up, ‘that was the Independent on Sunday. I offered them one of my reviews last week. They’ve just said they want it.’ A minute later, my housemate took a call. ‘Bloody hell,’ he said as he hung up, ‘that was the Tweenies. They’re playing the NEC. They want eight grams of coke in the next hour.’ My story was accepted for publication.

The book was called Hard Shoulder. In the run-up to its release, I was invited to a do with my fellow contributors. A ‘get-to-know-you’ type affair. There was a dozen of us, young, excited. Writing short stories seemed vital, and perhaps it was. We got together in a flat that belonged to Jackie Gay, one of the editors who’d worked on our stories. It was a small flat and we were jammed in so tight the pot plants wilted, but the walls were covered with pictures of the world. Jackie did the introductions and then Julia Bell – her fellow editor – said a few words. Jackie seemed a little reserved, Julia was confident, in control. After Julia had spoken, we mingled. There was a crate of barely cold Carlsberg in the far corner of the room. I might have spoken to Steve, who looked more like a musician than a writer and to Gemma, dark-eyed Gemma, posh and from Essex, her hair in what I imagined was a bob. I did speak to Ranjit. Ranjit was a Sikh. I said: ‘I’m not religious, but I’ve got a lot of time for Sikhism. It seems to me to be one of the most tolerant of religions. Isn’t there something in the teaching about respect for all other belief systems?’ Ranjit smiled. He said ‘Yeah mate. You try being gay, then you’ll see how tolerant it is.’ We saw the cover of the book. It was gritty, urban. Meera Syal had said it was ‘an impressive collection of vibrant new voices.’

A week later we all gathered again for the official launch party. It was held at the Custard Factory, a complex of art galleries and studios and bars that had been built on an old industrial site ten minutes from the centre of Brum. The units were arranged around a square pool and there was a brass dragon scaling the tower where the custard powder had been made. The launch party was packed-out. It was very hip. Three hundred punters turned up. Newspapers sent photographers. The atmosphere was clamorous, breathless. Some of the writers read from their work: their stories disappeared into the melee. After the readings, as I stood at the edge of the crowd, I was introduced to David Savill, another contributor. He seemed somewhere else entirely. I couldn’t tell if he was enigmatic or stoned. Either way I envied him. Then I saw Ranjit. He signed my copy of the book and wrote ‘Jump! And the net will appear!’ I told myself I knew what he meant and allowed myself a smile. Then I left and went to the pub.

It’s seventeen years since Hard Shoulder came out. I’m still in touch with Jackie and Julia. Jackie published two novels and then left Birmingham to live in Vancouver: now she sails for the Canadian Paralympic team. Julia teaches creative writing in London and writes books and books about writing books; she recently told me her dad had been a blood-and-fire preacher in Wales. Just the other day, I bumped into Steve at a music quiz. He was playing guitar and singing cultishly and is finishing a novel. I came across David and Gemma again too. Gemma cropped up at work, when I filed a thesis she’d written as part of her MA in Art History. I can’t remember who it was on, but I skimmed it, looking for phrases. As for David, for a few weeks I worked with him as a Waterstones’ Christmas temp. He used to sit with his feet on the ground floor counter and greet customers with a wave of his arms and a booming “Welcome!” He didn’t keep the job. Now he teaches with Julia and has a deal with Bloomsbury.

I’m still writing short stories. It seems to be going ok. Sometimes I think about organising another get-together for all of us who contributed to Hard Shoulder. A reunion, of sorts. A catch-up. It might be interesting. Then I think again. ‘It was always better to know pieces of people’, I’d written in my story. ‘Sometimes it’s the pieces they want you to know. Other times, by chance, it’s those they don’t. Either way it’s so much better than thinking you can understand the whole.’ There was an element of youthful cynicism in the sentiment, but perhaps some enduring truth too. Maybe you can divide the world into people you are close to and people you aren’t. Your relationships with the latter are a lot like a lot of short stories. They’re made up of a manageable number of observations and apercus, and of the manipulation of the space between these details. And that might just be all you need them to be.