Professor Charles E. May: What Makes a Great Short Story? (No.3 ‘The not-Dead and the Saved’ by Kate Clanchy)

Article by Professor Charles E. May

Sometimes the subject matter of a short story alone will compel the reader’s empathy, and empathy is often a key component of the short story form.  One such compelling subject matter is the illness and impending death of someone’s child. The American writer Lorrie Moore powerfully affected a large number of readers in 1997 when she published “People Like That Are the Only People Here” in The New Yorker about her small child being diagnosed with a serious cancer.

Moore did not hide the fact that the story was based on her own experience; indeed, she was interviewed about it, and the news appeared in several U. S. newspapers. The reader’s knowledge of the “true life” background of the story made reading it a heart-wrenching experience as Moore, in her usual wise-cracking way, tried to deal with a parent’s worst nightmare. The child survived and is now in his twenties, leaving readers relieved. However, many felt that perhaps Moore exploited her child’s illness for profit.  The husband/father in the story tells the narrator/writer wife that she should take notes for a future published account of the experience, for they would need the money. The story ends with these lines: “There are the notes. Now, where is the money?” Everyone knows that The New Yorker pays rather well. The story was also included in Moore’s Birds of America in 1998.

Kate Clanchy has made it clear that her story, “The Not –Dead and the Saved,” which won both the VS Pritchett award and the BBC National Short Story award in 2009 (and there is the money) is “entirely fictional,” so the story’s appeal is not due to the reader’s being caught up in a writer’s “real life” torment over the possible loss of a child, but rather to something else.

Clanchy is first and foremost a poet who has published three collections of poems. She  has said that when she wrote “The Not-Dead and the Saved,”  short stories were a new venture for her.  Since short stories have always been more closely identified with poems than with other narrative forms, such as the novel, the first characteristics a reader might be alert to in “The Not-Dead and the Saved” are characteristics of poetry, the most predominant of which, after the central characteristic of compression, is metaphor:

Here are some of the most striking  metaphors in Clancy’s prize-winning story:

“The Mother has been putting off her tiredness for so long that it tends, like a neglected middle child, to leap at her at the least chance. Just now it is sitting on her lap, arms tight around her neck, breathing the scents of Paediatrics into her mouth: strawberry syrup, toasted cheese, pee.”

“But the baby’s eyes are too far apart, and it has a cleft palate, and its whole body has a flattened, spatchcocked look, as if it is trying to separate into two pieces, east and west.”

“Once the Son was prodigious and original, and the Mother was daffy and whacky, and they were on the same side: now they seem doomed to partake in endless EFL oral exams, with the Son taking the part of the difficult student, the one with the nose stud.”

“The Mother wakes up. She scents danger.”

“Some of them are in disguise, but I can spot them. Like they have a little shiny outline round them, like in a game on a screen. They pixelate, Mum, they pixellate at me.”

“The Mother takes his hand and folds it inside her own and remembers how soft it was when he was a little boy, really as soft as a petal, the curved veined petal of a magnolia in its brief springtime brilliance; and all the while the baby breathes in its tubing, its arms abandoned by its sides, its ribcage moving up and down with exaggerated depth in its pink covers like a giant, disconnected, heart.”

“She is thinking about her love for her son. It was born at the same time as him, and she is not in control of it. She imagines it as very strong and not at all intelligent, something that moves about in the dark and grabs things. It was claws and tiny eyes like a lobster.”

“She has blonde hair in plaits and liquid dark eyes and an animated, elegant, deer-like way of holding her head and back.”

“The heat of the Baby’s head is still  burning in her palm. The trout. Love, is thrashing in her chest.”

“In Oncology, the Mother is shown images of the tumours. There are three: bore holes or storm systems or black beetles in the bright contour maps of her Son’s brain.”

“Attila opens his big bearded mouth and laughs, mirthlessly and loudly, showing his teeth, big as a donkey’s.”

“The baby has a chemical effect on the Mother’s vision whereby he is illuminated and everything turns greeny-orange, like an old TV screen.”

“In the hospice the tumours eat the Son’s brain rapidly like chalk cliffs eroding in a storm. Things fall off:  houses, people.”

“It isn’t you he’s forgotten, says the Wife, and the Mother feels a goldfish flick of pleasure.”

“In a single night the tumours have swallowed 15 years of bad feeling against the Father.”

“Deep down in the brain stem is a pebble which is the Mother and the Son, and this is where they are headed. The pebble is ivory and has an embryo etched on it, curled. Speed Bonny Boat, sings the Mother to that embryo, You are my Sunshine. All those sad songs.”

“One tumour is an electric storm: it shakes the Son’s body like a tree. Another picks him up like a pillow and doubles him over and squeezes vomit from him. The third tumour sends his eyes back into his skull looking for something.  Together, the tumours take him by the throat and he can’t swallow.”

“The Saved lift the Son out of bed and carry him stiff and light as a charred log, outside.”

“One eye is open, and one shut, and she reaches across and closes the open one.  There, now, Jonathon. The eyelid is warm and soft as a silk scarf left in the sun, but there is nothing living now in the hard round of the eyeball, not the least tick or twitch of life.”

“The Saved are sleeping, in their white robes like so many discarded petals. She was going to tell them something, the thing she has learned, but already it is draining from her, disappearing like water poured over sand, and she lets them sleep on and just sits down.”

One might think that a story about the death of a child would primarily focus on the raw emotion of loss. However, good short-story writers seldom take the easy way by appealing to unalloyed sentiment and pain. In “People Like That Are the Only People Here,” Lorrie Moore distances herself from tears of fear and howls of grief by draining the oncology unit of its ominous threat with wise cracks and sarcasm. Clanchy transforms the mother’s personal fear of the loss of her son by elevating its particularity to a generalized exploration of body vs. spirit and the meaning/or meaninglessness of death in its inevitability. That this is a story of general ideas rather than particular characters is indicated at the beginning by Clanchy’s identifying the two main characters as Son and Mother—representative figures without particular names. 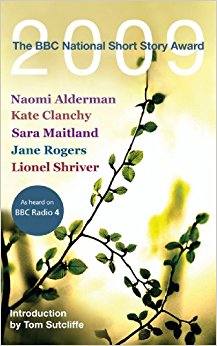 Short stories most often develop their thematic significance by the repetition of similar motifs. One characteristic of the metaphors in Clanchy’s story that seems obsessively repeated is that emotions, feelings, thoughts are imaged as physical–as being made of body rather than mind or spirit. And indeed, this is a theme that is repeated in other ways throughout the story also. The titular image of the “Not-Dead,” a phrase the Son uses to describe a baby in the Paediatrics unit, suggests the reduction of the child to body only, with no spirit or mind.  “She should be dead,” the Son says, “like in nature,” adding that if she were born in a primitive tribe she would be dead in seconds, for only technology is keeping her alive, so she is therefore not dead, but rather Not Dead. When the Son says he is not dead because of the machine, he asks “where am I alive?”  The mother answers, “In your mind. ;You’re alive in your mind, that’s the thing. The life of the mind.” But the Son, whose perspective dominates the story, says, the soul does not exist, the mind does not exist. “Your mind is a bit of your body.” This is the central thematic statement of the story, around which most all the metaphors meaningfully cluster.

The other part of the title refers to the religious group the Son joins, giving up meat, alcohol, and irony and assuming a quasi-Zen belief. Later when the Son is near death, the narrator notes that if the Mother were more open to spiritual meaning, she would not be so isolated, but she has chosen to walk a narrow path of unbelief. When the Son dies, the Mother is beside him, and he simply stops breathing, and “there is nothing living now in the hard round of the eyeball, not the least tick or twitch of life.”  And, it is at this moment of the Son’s death that he is given a name—Jonathon–and the Mother is named also–Julia.  The last paragraph gives us the metaphor of the Saved being like discarded flower petals, and Julia was going to tell them something, “the thing she has learned, but already it is draining from her, disappearing like water poured over sand, and she lets them sleep on and just sits down.”

What the Mother has learned in “The Not-Bad and the Saved,” but that slips away even as you try to express it, is that intolerable knowledge of the frailty of flesh that undermines everything:

O that this too too solid flesh would melt,
Thaw, and resolve itself into a dew!
Or that the Everlasting had not fix’d
His canon ‘gainst self-slaughter! O God! O God!
How weary, stale, flat, and unprofitable
Seem to me all the uses of this world!
Fie on’t! O fie! ’tis an unweeded garden,
That grows to seed; things rank and gross in nature
Possess it merely. That it should come to this!
Hamlet, Act I, Scene 2

Prof. Charles E. May is professor emeritus at California State University, Long Beach. He is the author/editor of ten books, including ‘Short Story Theories’, ‘New Short Story Theories, The Short Story: The Reality of Artifice’, ‘I Am Your Brother: Short Story Studies’, and over 200 articles and reviews on the short story. He publishes weekly essays on the blog Reading the Short Story.