What Makes a Great Short Story? (‘East of the West’ by Miroslav Penkov)

Article by Professor Charles E. May

I suspect what won over the judges in the 2012 BBC National Short Story contest—the year the contest termed itself an “international” competition and allowed entries from around the world—is reflected by the fact that “East of the West” is ostensibly more about a political place than a person, as indicated by Miroslav Penkov’s decision to subtitle his collection, in which the winning story is the title piece, A Country in Stories. This is further supported by review comments that Penkov’s “East of the West” is a “primer on Bulgarian history” and a story “about a Bulgarian village divided by war.” In an article on Penkov’s win by Alison Flood in The Guardian, Penkov was quoted as saying that the story was inspired by an article he once read about two villages—one in Bulgaria and one just across the border in Serbia—that held a reunion every five years because 70 years earlier they were once a single village in Bulgaria. Penkov said he wanted to “inject” his own life into what he called a “sprawling” story—to write about himself living in America far away from the people he loved.  Unless Penkov was in love with a woman, from which he was kept apart by geographical or political distance, it is not clear how he “injected” his own life into the story.

Novelist Michele Roberts, one of the judges of the 2012 contest, said Penkov’s story successfully “united personal and political life, joining inner and outer worlds through its deployment of different kinds of realism: social and magical and folkloric.” I recognize the “social,” even the “folkloric,” realism of the story.  But I am not sure what aspects of it qualify as “magical realism.” The scenes in which the two central characters swim around a submerged church in a river do not qualify as “magical,” suspending the rules of ordinary reality. Novelist Ross Raisin, another one of the judges, praised the story for being “rich in historical detail and imagery, without over-reaching for these effects. As a result, claims Raisin, “the story manages well the conveyance of epic with the building of interest in the individual struggle of the narrator.”

The terms “epic,” “sprawling,” “political,” and “history” are more often used to describe novels than short stories, for the shortness of the form, which usually demands a controlled structure and more poetry than prose, does not permit the creation of a multifaceted social “world” that such terms suggest. That this story was chosen as the best of the large batch of stories submitted for the BBC Prize  in 2012 suggests to me that either the judges were drawn to the story because it seemed to be more novelistic than short story-like, or  they were really seduced by the classic lines of the star-cross love that unifies the story rather than the political complexities of the Serbian/Bulgarian conflict that provides its background. A narrative about political conflict is simply more respectable and serious than a narrative about a love that remains unfulfilled.

I don’t think “East of the West” would have won had it not be set within that political conflict, but I also do not think that it is the Kosovo conflict that unifies the story. Instead, it is Penkov’s use of the classic Western love story in which the lovers are necessarily kept apart because they come from “two different worlds,” e.g. that their families are sworn enemies, as the lovers are most famously in Romeo and Juliet.  But what keeps lovers apart can be a difference in race, in culture, in age, in marital status–anything that makes the union of the two lovers impossible; such is sine qua non for the classic love story. Denis de Rougemont traces this in his Love in the Western World, in which he argues that romantic love is generated by impediment, that “Romance only comes into existence where love is fatal, frowned upon and doomed by life itself”:

Passion means suffering, something undergone, the mastery of fate over a free and responsible person. To love love more than the object of love, to love passion for its own sake, has been to love to suffer and to court suffering, all the way from Augustine’s amabam amare down to modern romanticism.

Penkov uses the love story of the main character, nicknamed Nose, and his cousin Vera, who broke his nose, as the central plot dynamic. Nose and his family live on the Bulgarian side of the river, while Vera and her family live on the other bank in Srbsko. Nose is the reserved, timid one, while Vera is the gutsy, brash one.  This romance is mirrored by the love between Nose’s sister, Elitsa, and a young man  named Boban, who also lives across the river in Srbsko. Although Elitsa’s pregnancy makes it possible, even necessary, for her to get married, Penkov must invent some means by which the political divide between the two towns  prevents the marriage. The device is a pair of family earrings that the sister wants to show to her future husband before the wedding.  Although this seems like a trivial and foolish excuse for taking such a chance, and although she never swims to the Serbian side, for Boban always comes to her side, this one night Elitsa does try swimming across; a soldier in training sees her climb out of the river and shoots them both—thus creating the need for a double funeral that temporarily unites the two towns and two countries in tragedy.

In spite of the fact that the BBC National Short Story contest was created to promote a literary form that has long been neglected by the British, it often seems that the judges go through the stories, longing for a novel.

The primary trope in the story is the river that separates the two villages, in which there is a submerged “drowned church,” built with the money of a rich man as his dying wish. The people hire a young master of icons to adorn the church. During the Balkan Wars after World War I, the village is divided into the part that is east of the river, which would stay Bulgarian, and west of the river, which would become Serbian. When the people try to divert the river for the sake of the icon master, the river finds a path of least resistance and inundates the village, including the church. It is this underwater church in no man’s land (or water) that serves as the symbolic meeting place for Nose and Vera. At one point when Nose tells Vera that she wishes they would never have to leave the water, she says, “You fool. People can’t live in rivers.”

At the funeral of the sister Elitsa, Nose listens to the words of one of the priests—a variation of Ecclesiastes, from which the story gets its title (and from which Hemingway got the title for his novel The Sun Also Rises) and says he wishes he was like the river, which has no memory instead of like the earth that never forgets:

“The sun rises and the sun goes down, and hastens to the place where it rises. The wind goes toward the West, toward Serbia, and all the rivers run away, East of the West. What has been is what will be, and what has been done is what will be done. Nothing is new under the sun.”

Nose now sees the river not as a refuge for him and Vera, but as the cause of the death of Elitsa, shouting at it, “Give back the earrings, you spineless, muddy thief.”

Penkov stitches in some historical context for the star-crossed lovers story, such as the death of Tito in 1980 and the United States air attacks on Kosovo in 1999. But these are not crucial events in the lives of Nose and Vera, with the exception that Vera’s first husband is killed.  To maintain an impediment to the fulfillment of Nose’s love for Vera all the way to the conclusion of the story, Penkov must invent another device to block their union—Vera’s marriage to another man, named Dadan.  The story ends with Nose returning to the central metaphor of the river and finally accepting that he will never be at one with Vera:

“This is the last link of the chain falling.  Vera and Dadan will set me free.  With them, the last connection to the past is lost.

Who binds a man to land or water, I wonder, if not that man himself?

‘I’ve never felt so good before,’ I say, and mean it, and watch her lead the way through the dark hallway.  I am no river, but I’m not made of clay.” 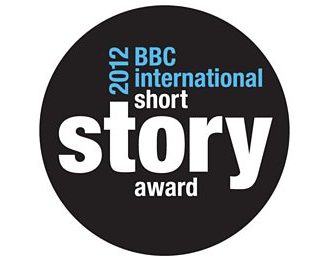 One never really knows why a particular story is chosen to win a big prize like the BBC National Short Story Award, except the judges themselves. And there is no way to second guess the judges since presumably only they read the submitted stories, choose the long list, and later the short list, and finally the winner. And no one but the judges know what extenuating circumstances influence their decision. However, it is possible that in 2012, the decision to award the first prize to a competent, but hardly brilliant or perfectly executed, story about a young man unlucky in love within the context of the war in Kosovo was influenced by the fact that this was the year that the BBC decided to make the contest an International event—thus prompting the judges to give the prize to an International story.

In spite of the fact that the BBC National Short Story contest was created to promote a literary form that has long been neglected by the British, it often seems that the judges go through the stories, longing for a novel. Moreover, it may be that the fact that the shortlisted stories will be read on the BBC that urges the judges to choose stories that are “readable” on the radio—stories with a straightforward plot line, stories that take no chances with style or structure—indeed stories that are more novelistic than short-story like.

I hope that is not true.  I hope that the BBC National Short Story Award means what it says—that it wants to promote the short story as a literary form.  However, sometimes, it seems to me, that the judges are not really sure what a short story does best, often praising the winning story for its novelistic characteristics.

Prof. Charles E. May is professor emeritus at California State University, Long Beach. He is the author/editor of ten books, including ‘Short Story Theories’, ‘New Short Story Theories, The Short Story: The Reality of Artifice’, ‘I Am Your Brother: Short Story Studies’, and over 200 articles and reviews on the short story. He publishes weekly essays on the blog Reading the Short Story.