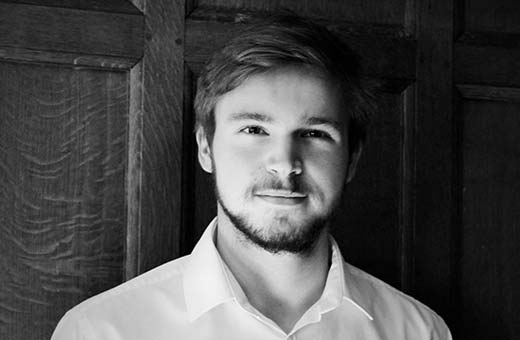 Ramble on Writing, No II

Today the Observer published ‘Introducing our 10 Best Debut Novelists of 2021’ and drew some criticism from Literary Twitter, namely that the majority of the authors and the novels themselves are based in London. The emphasis on London and the consequential eye-roll is nothing new and is often legitimate, but this incidence highlighted a dispiriting tendency of division and criticism I’ve noticed creeping into book-chat.

The article in question is an opinion piece built entirely on value judgements about novels; as such, it’s perfectly reasonable to disagree with the selection, but it should be a debate on the qualities of the books and relative merits of other debuts, not where they were written or who wrote them. It also strikes me as slightly unkind to fault a list, on the very day of its publication, which must be bringing tremendous joy to these ten writers.

There are more conversations needed over the current London-centric realities of publishing, but I think this needs to be meaningful, engaged dialogue with publishers and agents rather than a set of exasperated Tweets about a book list that is ultimately about celebrating a group of accomplished writers. Some fault may be found in the clickbait title, but newspapers need readers and if it means more book-buying that can only be a good think for the whole publishing industry.

Perhaps after spending several quiet months off Twitter, I’d grown unaccustomed to the general volume of the online space. A recent trending hashtag – #HarshWritingAdvice – exemplified this when the idea of writers being in competition sparked an avalanche of entrenched opinion, some in agreement, others opposing it. Once again, nuance is not the friend of 280-character windows where the view is restricted, the bigger picture lost.

Are other writers your competition? In some ways yes, in some ways no. If I want to go down the traditional publishing route, I know that to have a chance of being taken on by an agent, my work needs to be as enjoyable if not more so than all the other manuscripts on the slush-pile. It has to stand out. This is the inevitable consequence of resources within the publishing industry – people, time, and money – being limited. And that’s the case from the first submission of the manuscript to getting the novel into a bookshop. That said, it’s not a duel or a boxing match where one author knocks out the other. What’s more, to an extent, a writer can make up their own rules – self-publish, go down indy routes, or look at crowdfunding. There are so many options; sometimes it’s worth stopping to marvel at the many wonderful opportunities there are for writers and readers alike, opportunities that simply weren’t there twenty or thirty years ago.

As problematic as I find Twitter, there are moments of real delight and pleasure. Reconnecting with friends, finding like-minded individuals, stumbling upon opportunities, stories to read, keeping up with publications – all this, and more, is made possible through the platform. More recently, I’ve been inspired by the #5amwritersclub, a band of writers getting up before the sun to work on their creations. Likewise, Twitter offers a chance to launch new collaborative work and support, as seen with the new Janus Literary and the excellent Issue One launched just a few days ago.

Twitter is a tool. I’d like to see readers and writers continue to use it to build one another up and to try and avoid the absolutism that is so alluring, but often damaging. To be forgiving and encouraging, to recognise the challenges faced by all, while celebrating the successes. I know what you’re thinking: and one day we’ll all live happily ever after.

But what the heck, if writers can’t dream, who can?

Read Ramble on Writing, I

Rupert Dastur is a writer, editor, and publisher. He studied English at Emmanuel College, Cambridge where he delved into the mysteries of the short story. He is founding editor 0f TSS Publishing, an Associate Editor at The Word Factory, plus an Events Coordinator for the Society of Young Publishers.  Rupert writes short stories, flash fiction, essays, interviews, and reviews. He runs writing workshops and has also spoken about short fiction and publishing across the U.K. and abroad.