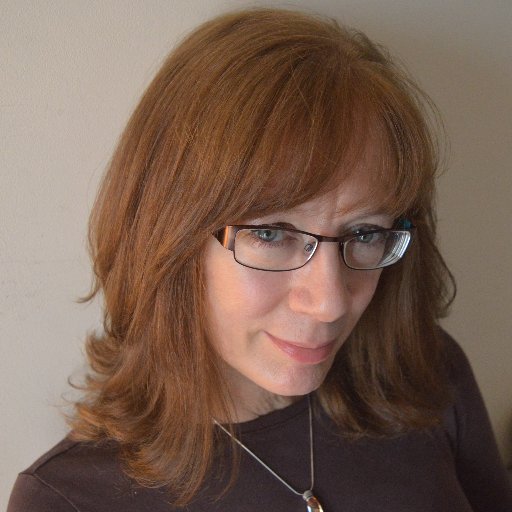 Hi Barbara, it’s great to be speaking to you about BIFFY50 and your own writing. First of all, let’s get straight down to business and ask what you look for in writing?

I’m all about the story. Pretty words with no narrative thrust are as tooth-ache inducing as decorative cakes—ease up on the icing and give me more sponge. It goes without saying that I’m not interested in misogyny, racism, or homophobia but I will also never like a story with animal cruelty no matter how wonderfully it’s written. List stories and twist endings don’t really rock my world either. Give me visceral over vacuity; punch over poetry.

You wrote some great advice – dos and don’ts – for TSS when you were one of our readers – any other things you would add?

That was such a great learning experience for me! In addition to everything in my Reader’s Report, I’d also encourage writers to identify ONE detail that will tell the reader everything they need to know about a person, place or thing. In flash, particularly micro, space is at a premium. Give me that short, sharp insight and move on with the story. For example, “All her fingernails were chewed away except for the pinkie which was long as a line of coke and constantly shoved up her nose.”  (Coke Head)

Your novel, The Corn Road, is due out with Fairlight Books in September 2019 – what can you tell us about it?

The Corn Road tells the story of Claire and Alen, two strangers who dream of each other but never meet, as they battle personal demons in an effort to find each other. These dreams create a bond that transcends time, location, even reality itself. From the privileged heights of Boston’s Beacon Hill to the terrors of the besieged city of Vukovar, Croatia, The Corn Road explores whether dreams can shape destinies and if the strangers we dream of are real or mere figments of imagination.

The book deals with multiple themes, including: sexual abuse; betrayal; love and war, with dreams acting as a refuge from bleak realities. The story follows Claire and Alen through decisive life and historical moments in the 70s, 80s and 90s, culminating in the 1991 Battle of Vukovar, the most destructive battle in Europe since World War II. Through my husband’s family and friends who lived through the siege in Vukovar, I was able to obtain exclusive, first-person accounts of this historic conflict and its aftermath. As a result, the magical premise of The Corn Road is infused with a brutal realism.

As to how the book came about…

Many years ago, I had an intense dream about a stranger and woke convinced this was my soulmate. Years later, I dreamt of this person again and thought, ‘What if they’re real and also dreaming of me?’ and the idea for The Corn Road was born.

The character of Claire, the troubled heiress from Beacon Hill, came quickly but in what exotic locale would I find her dream lover? More years of plotting and imaginings followed until I took my eldest to the European Youth Chess Championships in Montenegro where he was representing Ireland. For ten nights, our Serbian waiter regaled us with tales about ‘the war’, a conflict we’d heard little about in America. When we left and crossed the border into Croatia, a tall, dark Border Guard all in leather and guns approached our van, lowed his mirrored sunglasses and called out each of our names in guttural English. Every woman in the van swooned and I had the genesis of Alen’s character.

More plotting, intensive research and a real-life fairy tale story followed, culminating in a competition win, an agent (who I’ve since left but that’s another story – and yes, I need an agent) and finally, an offer of publication from Fairlight Books.

You’re also a writer of shorter fiction – how do flash and short stories compare with novel writing?

Micros and Flash are sprints, Short Stories middle-distance and Novels cross-country races. To extend the metaphor — you better be in great writing shape to knock out micros and flash, everything needs to be taunt, sharp and cutting; short stories give you a bit of breathing and writing room but every word still counts; and novels, well, they will nearly kill you.

When did you begin writing and do you have a routine?

I had a typical start to my writing—scribbling stories in a notebook under my sheets to escape kid-dom. I’ve been writing here and there ever since. Even have the first draft of a magic-realism thriller that predicted 9/11 gathering dust in a bucket. Wrote that in a deserted, Muckross cottage where I spent 3 freezing winter months, typing in fingerless gloves in front of a frosty window overlooking the lakes of Killarney on hiatus from my Project Management career. Never tried to get anything published until a few years ago. Routine?

I’m in between day jobs at the moment so once I get husband and kids out the door, my days revolve around coffee, critiquing, reading for BIFFY50 and working on a screenplay and second novel. If I’ve a lot of work or a deadline, I try to get away. Cill Rialaig is a godsend—no tv, no wifi, nothing but sheep, Atlantic winds and a fire. Never would have finished The Corn Road without it.

What have you most enjoyed in your role as one of the Senior Editors of the BIFFY50 project?

Reading! It may sound obvious but when you’re working on a longer project like a novel or a collection, you get so embroiled with your own work you forget to read others’. As Senior Editor for BIFFY50, I have to read as much and as widely as possible and it’s a joy! There’s a lot of great flash by British and Irish writers at the moment but what really makes my day is that odd bolt of brilliance. Saying that, I am concerned about the relative lack of published work by marginalized writers. There’s lots of talking about this at the moment but let’s start doing more walking.

Barbara Byar is an American expat living in County Kerry. A previous Irish Writers’ Centre Novel Fair winner, she was short-listed for the 2017 Over the Edge New Writer of the Year Award and long listed for the 2017 Bare Fiction Prize. She has short work in The Fiction Pool, The Incubator, and Cabinet of Heed. Her Flash Fiction collection is being published by Reflex Fiction and is out in autumn 2019. You can find out more by checking out her website here. She Tweets @BarbaraByar