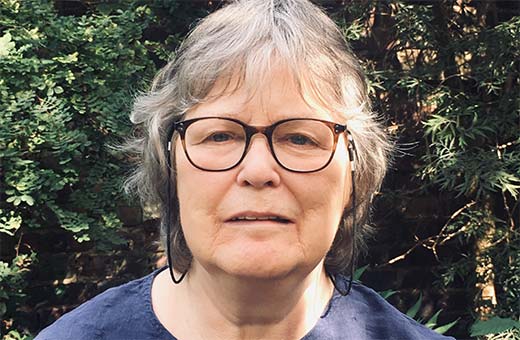 It didn’t take long for me to fall in love with Bon Bon the clown. 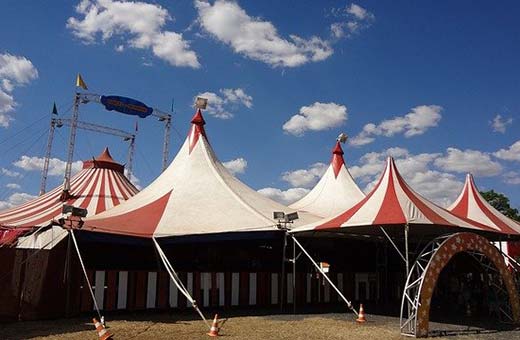 As soon as he began to dance and weave his way round the ringside ledge at the circus, dressed in a red tailcoat and dungarees with striped socks, singing “I Want To Break Free”, there was a dazzled grin on my face. He spied me, jumped on to my lap, put his arm round my shoulders and sat there beaming at me. His body felt light but full of wiry strength and energy, his bright eyes held a gleam of complicit laughter. “Oh Marguerite!” his amplified words echoed round the ring. “I have been searching for you, my lost love, for ten years! Now I have found you I am so happy.” I was transfixed, enchanted. He leapt back into the ring, grinning at me and waving a bra that had appeared in his hand.

My sister gasped. “Is that really yours?”

“Sadly not,” I said. My nephew was mortified, as only a ten year old can be. “Why did he have to choose her?” he demanded of his mother. “She isn’t called Marguerite.”

My sister was too occupied to answer, trying to check if the photo she had taken on her mobile showed anything more than Bon Bon’s very long pointy shoes. And me? My only thought was how could I meet him.

I had bought front seats at the circus as a birthday treat for my nephew. They were also a treat for my sister, who had shared all my childhood longing to be a trapeze and high wire artist. We were children of older parents, who loved us in a bemused sort of way and seemed to us lacking in any spirit of adventure. We made up for it by planning to run away to the circus each time one came to town. We tried it once, sneaking round the back of the tent after the performance to find the ringmaster. He handed us over to a couple of women who gave us mugs of cocoa and, laughing, told us to go home and learn how to juggle, how to ride a horse, and how to walk on our hands. Juggling I learnt to do, and eventually it was much in demand at the primary school where I taught. But I still went to the circus as often as I could, full of dreams and yearnings to fly through the air with the trapeze performers.

The circus had been at Alexandra Palace for a week and it was their last day. In times past you tracked down a travelling circus by looking at tattered posters, and following a trail of elephant dung and sawdust and lion roars and giraffe faces poking out of the tops of their trailers. But these days, you checked out their website, and found they were in Ealing the following week.

Next Saturday I returned to the circus alone. I bought a ringside seat. I thrilled to the ringmaster’s timeless hypnotic opener: “Ladies and Gentleman, Boys and Girls, Welcome, Welcome to the Circus”, and the cascade of performers dancing, singing, cartwheeling and somersaulting round the ring. I watched the Flying Eagles with my heart beating fast and my nails digging into my palms. The trapeze swung higher and higher until I feared it would hit the roof of the tent. The acrobat threw himself backwards, his legs bent to grip the bar, and on the next swing held out his hands. His partner had already launched herself in flight and was twisting in free fall till her outstretched hands were caught by his. She was tossed in a great arc up and back and delicately replaced on her platform as her catcher swooped back to retrieve another flying body.

Then it was Bon Bon’s turn. I smiled at him as he came along the ledge toward me, willing him to jump on to my lap.

“We meet again,” I murmured. “Can I have my bra back?” He stared at me and raised a mobile eyebrow.

“Oh Marguerite! I have missed you. A whole week without you!”

And he leapt off my lap, into the ring.  He was waving the bra, somewhat greyer than last week, but this time he lifted an imaginary glass and toasted me.

The performance came to an end, and the big top emptied. I sat there, while a dozen circus hands rapidly cleared up sweet wrappers and candy floss sticks and drink cans, coiled ropes, piled up poles and trapeze swings. A tall thin man with bright eyes and a humorous mouth came and sat beside me.

“The show has to end some time,” he said.

“Where is Bon Bon?” I asked. “I would like to meet him.”  The man pulled a bra that had seen better days out of his jacket pocket, and draped it over his fingers.

“What would you like to talk about?” He looked at me and smiled, and with delight I recognized him.

“Everything,” I said. “But we have to start somewhere”. He looked thoughtful. “Come and have a cup of tea,” he suggested.

“It’s not Rumpelstiltskin,” he said. “That’s one less guess for you.”

I followed Bon Bon through the green polythene tunnel at the back of the big tent, past vans and lorries and throbbing generators to a group of trailers. There were cables snaking along the ground everywhere I looked. The people I had last seen swooping and somersaulting over my head sat outside in the warm evening with mugs of tea and plates of eggs and sausages. They waved at Bon Bon and shouted a greeting, looking at me with mild curiosity. He unlocked a trailer door and we went inside.

Filling every small space there were costumes and props, photos, mementoes of towns and countries visited. Bon Bon filled the kettle from a plastic container, and lit the gas on a two ring burner. He watched me as I wandered around, entranced. I touched the sequins and beads, lifted crazy hats down from shelves and tried them on. His red coat and grey dungarees hung on a hook, smelling of greasepaint and sweat. He gave me my tea. His white clown gloves had gone and his long fingers touched mine. I remembered the feel of him, the thin, strong, spare body.

“People don’t usually come looking for the clown,” he said. “You are either a journalist or running away to join the circus”.

“Do many people still do that?” I asked.

“Quite a few try it, usually just for the weekend.” I turned the mug of tea round in my hands.

“I ran away from my life for an afternoon, to see you. And then you jumped on to my lap again, and called me Marguerite, again. Bon Bon and Marguerite – they sound good together.”

“I find a new Marguerite in every town we visit, but not usually the same one twice. Of course people run away from the circus too. My brother ran away to law school, to my parents’ fury.”

“What happened to him?”

“He’s earning a lot of money.”

“And you? Did you run away?” I asked. “Did you want to break free?” Bon Bon looked at me and laughed.

“Shall I tell you what is on my mind right now? We leave town tomorrow after the show, and I have to get to the launderette this evening. Isn’t that the best invitation you’ve had all week?”

We wandered down the road behind the big top, each holding a handle of the laundry bag, and found a launderette that was nearly empty. There had been a half hearted attempt at sweeping up the day’s debris, and the machines had a weary, battered look. Bon Bon stuffed clothes from his bag into the washing machine, added soap powder and put coins in the slot. Jeans and boxers rotated with striped stockings and white gloves and a single bra that might once have claimed to be white too.

And then Bon Bon and I, side by side on blue plastic chairs, began to tell each other our stories. He told me of the time he ran away from the circus to join a Queen tribute band, and how they ended up penniless in Berlin after the drummer disappeared with all the takings. I told him of living in an Indian ashram years ago and learning to play the sitar. We exchanged many tales about ourselves and sang our favourite songs. We tried to guess each other’s names.

The clothes were dry and there was no reason to stay any longer. We walked back to the trailer. Bon Bon unpacked the clothes from the bag, folding them carefully and stowing them in drawers and boxes. I could not see his face. The silence lengthened, it was late. I stood there, uncertain, on the edge of words. Bon Bon turned round, and we spoke together.

He suggested, “A nightcap?” 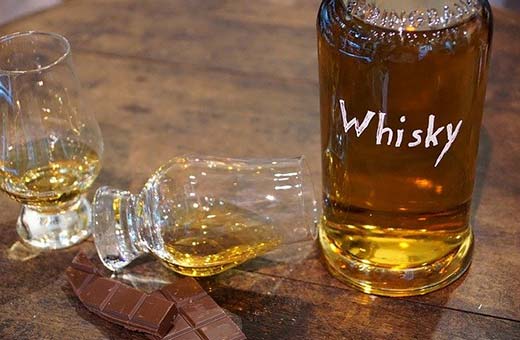 He leant past me to reach for two glasses on a shelf. He was so close I felt his breath on my face. He took a bottle of whisky from a cupboard, and poured two fingers into each glass. He gave me one and held his up to clink against mine. We held each other’s gaze as we drank. He took my hand, wound his fingers through mine.

“But we are moving to Portsmouth tomorrow.” I smiled at him.

“I will check the website, and the train timetable, and where the circus will be. I will find you. That is how running away to the circus is done these days.”

The next Saturday I caught the train from Waterloo. There were works on the line and they tipped us out halfway to take a bus. It took a diversion off the main road

and trundled slowly through the Hampshire countryside. At the bus station I waited in a taxi queue. I wondered if anyone else had run away to the circus by minicab.

I slipped into a front seat at the interval. The big top was only half full, the Flying Eagles were one man short and Bon Bon jumped into the lap of another Marguerite. After the show was over I sat for a while, and then got up and walked through the tunnel as if I knew exactly where to go, what to do. I found Bon Bon’s trailer, knocked on the door and sat on the step. It opened and I heard him behind me. I moved over so he could come down the step and he stood in front of me.

He had kicked off his long shoes, taken off his red jacket and white gloves, cleaned the make up from his face, but still wore the crazy dungarees and striped socks. He held out his hands. I grasped them and let him pull me to my feet. I smiled at the delight in his eyes.

“My name is Martin,” he replied. “Welcome to the circus.”

Clare Palmer creates film based training resources for support workers in social care. These are inspired by her experience as mother of a learning disabled daughter. For some years she has written short stories, and now for the first time is writing a novel.