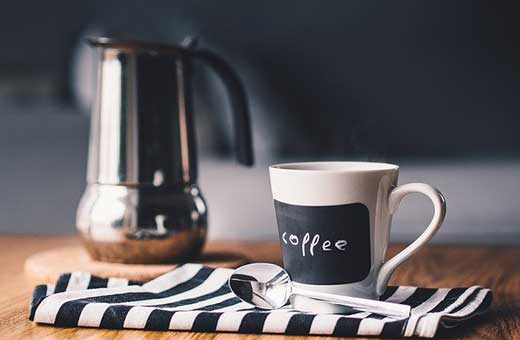 They are always busy.

Every morning over coffee—his head sore from gin and tonics the night before—he watches Samantha line up her pills, taking her temperature and her folic acid. She ticks off each day on the menstrual calendar she spent a whole week of evenings drawing with a ruler and different coloured pens: snatched moments between dinner reservations, visits from friends, emergency on-calls.

The way she licks her teeth as she scribbles is infantile. The two of them have no real power, but at least Sam has something to focus on, right down to the colour of the lines. He’s envious. He has no idea what it feels like to want something so badly. To do all this preparation for a gift that might never come.

They have a comfortable life. A baby will change all that. They wouldn’t have nearly as much freedom. She understands, doesn’t she?

Of course she understands, she says, looking up briefly from the calendar, pens clutched—as it seems to him—like a handful of short straws.

The branch of medicine dealing with diseases and abnormalities of the heart.

The branch of medicine dealing with the anatomy, functions, and organic disorders of the nerves and the nervous system.

Samantha chose the heart. She performs surgeries, puts in pacemakers, identifies palpitation-causing medication, changes it. She saves people’s lives. Patients shower her with gifts. Bottles of champagne, chocolates and brioche, fancy soaps in wicker baskets. One man she treated for myocardial infarction even tried to buy her a car but, of course she refused. She takes it all in her stride.

He chose the brain. So many things can go wrong with a brain, it’s almost impossible to fix. He should have gone into gastroenterology, or better yet, psychiatry. That’s where the really interesting stuff lies. But he didn’t, so there’s no use crying over it. Instead, he prescribes experimental medications and gives bad news. Tries to answer ‘The Question’. The one he dreads: What now, doctor?

There’s no answer to this. And he should know; he’s tried every trick in the book. Give it to them straight, that’s the best medicine. He’s good at it, too. Sometimes his patients even thank him when he breaks the news. Actually thank him. It’s a pretty horrible measure of competence. His colleague Kevin (also a neurologist) calls him Dr. Death. That sums it up.

The spontaneous or unplanned expulsion of a fetus from the womb before it is able to survive independently.

It wasn’t hot enough last time, she says; make it piping hot, this time. He fills up the hot water bottle straight from the kettle. Bulging plastic scorches his fingers. Sam presses the molten rubber to her bare, white belly, loose hair spread across the pillows. Besides a small wince, she doesn’t flinch. She reminds him of that woman from that famous painting, the one floating in water. He can’t remember what it’s called now, or who it’s by. Either way, he knows it must burn.

But Samantha is strong.

He climbs onto the bed to stroke her hair, something it feels like a supportive husband should do. But when he raises his hand, he can’t quite manage it. “We don’t have to try again,” he says instead, giving shape to the unspeakable. “Not if you don’t want to.” Her face sours, so he quickly adds: “I mean, we could always try IVF. Or look into adoption?”

He knows it won’t. It’s why he suggested it. Sam’s already forty. A part of him hoped the menopause might slip by, unnoticed. Not because he doesn’t want children but because he can’t bear seeing Sam suffer. But like a star flaring on its final fuel, Sam’s hormones annihilate all resistance: it’s their baby or nothing.

He doesn’t understand this, so he doesn’t speak.

As soon as she’s recovered, they fuck again. You have to call it that: fucking. You can’t say love-making when neither person is thinking about the other. Sam’s obsessing about ovulation cycles and coital alignment. He’s thinking about how terrible parenthood must be if this is how hard it is just to get it started.

“We have to keep trying,” Sam says afterwards, as he traces his fingers along her back (the most intimate part). “Next time will be different.”

She speaks it like a mantra, as if saying it enough will make it true.

But that’s exactly what she said the last time.

The use of ultrasonic waves for diagnostic or therapeutic purposes, commonly to monitor a developing fetus. 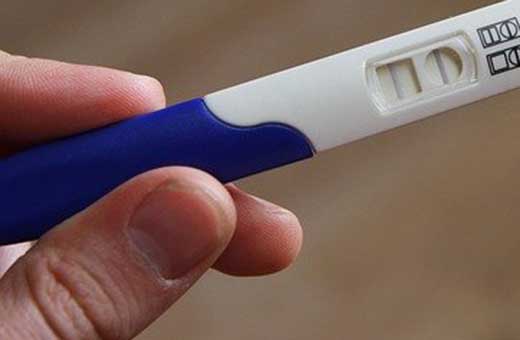 The eighth time they try, it’s different and they know it: Sam’s face warms in a way it never has before. She buys three pregnancy test kits, each with two in the packet. That’s six little sticks to pee on. She wants to be sure.

They all come back positive.

Sam is thrilled and terrified. She swings from panicking about what might go wrong to researching the best schools. As the weeks creep by, she watches everything she eats, refuses to wear high heels, even avoids getting too close to other people at work, if she can help it.

He’s also living on edge. It was never meant to be like this. Each day, Sam grows more frantic and excited. A dangerous combination. He hates thinking it but he knows the day she miscarries will be a relief. At least the worrying will be over.

Only she doesn’t miscarry. At fourteen weeks (they make it to fourteen weeks, this time) they have their first scan. Unknown territory. Their friend Jenny does the ultrasound.

“Your baby looks perfect,” she grins, “Now stop worrying yourselves. And stay off the drugs and booze.”

Sam laughs. She’s never smoked a cigarette in her life and hasn’t touched a drop since they started trying.

He, meanwhile, is drinking for two.

A process in which amniotic fluid is sampled using a hollow needle inserted into the uterus to screen for abnormalities in a developing fetus.

He’d always heard that pregnant women glow. He’d even said it himself a few times, but thought it was just something to say. Samantha truly blooms. Her belly swells, her hips widen, her face takes on a softness he’s never seen. When she laughs, she looks more beautiful than ever. They make love. Real love. For the joy of it. He even starts getting excited—he’s going to be a father!

By twenty weeks, Sam is undeniably a mother. Not just in waiting, in reality. The way she holds herself, he can see she’s cultivating maternal superpowers. Secrets he’ll never know. Her calmness unsettles him. Her ease of being is something to be in awe of. She is a tigress.

He wonders if his paternal instinct will kick in soon. It’s hard to compete with carrying the thing inside of  you. To sense it moving. To feel the life physically cleaving from your flesh. He just needs to meet the baby in person, he tells himself, then he’ll feel like a father.

In the middle of the second trimester, Samantha gets sick. Cytomegalovirus, or herpes. It’s common enough. Half of all adults contract it by age forty. Children get it all the time. You can pick it up from cutlery. But during pregnancy it can be a different matter.

“It’ll be fine,” Sam tells him. Her new mantra, now the old one’s out. “Jenny says there’s a low chance of it affecting the baby.”

“What percentage?” he asks.

It’s the wrong question. Sam gives him a warning look, the same one his patients give when he tells them… when they ask him ‘The Question’.

“We should have amniocentesis,” he insists.

They always said they would, in this situation.

Sam refuses. He knows why. It’s not because the procedure is invasive and uncomfortable. Nor that it involves inserting a needle through the abdominal wall into the uterus and amniotic sac. It’s not even that it comes with some risk for the baby. It’s all because of what happens if they find out something’s wrong. It’s because of what they promised each other they would do in that situation.

Like two sensible adults, they’d had the conversation long ago: if the unthinkable should happen, the decision had already been made. They would do the humane thing. They wouldn’t be forced, in a compromised emotional state, to make a choice. Doctors make cool decisions like that all the time, you know.

Of, relating to, or affecting newborn infants during the first month after birth.

Their son is born on a Friday in August.

Samantha is a mother. Will always be one, he understands. And he will always be a father. It’s a revelation. Things will never be the same.

But at the same time, everything is wrong.

He stands in front of the CT scan, staring at his son’s calcified brain. Kevin hovers uncomfortably nearby, stethoscope around his neck like a noose. They both see the scans. Both know what it means.

“What now?” he asks, without thinking.

His heart is half broken. Telling Samantha will finish the job. This kind of heartbreak even she can’t fix.

He walks down a brightly lit hospital corridor, thinking of all the lives he’s ended over the years. All the patients he’s outlived. He thinks of parents with healthy children who claim to know how lucky they are. If they really knew, he thinks, with a surge of anger, they’d wrap their kids in cotton wool. They wouldn’t shout at them or let them out of their sight.

Outside the neonatal care unit, he draws several deep breaths. He knows what’s inside. They’ve been given a private room: a privilege for the unfortunate few.

Samantha sits in amniotic light beside a sealed window. In the open incubator lies their son, plugged with wires and monitors as if he were just another machine. But he’s not. He’s tiny and fragile, like china. A contrast that’s hard to reconcile. Sam doesn’t see the wires, or doesn’t seem to. She simply strokes a patch of silken skin on their baby son’s back.

There are three of them now. A unit. Unbreakable.

She must know where he’s been, what news he’s bringing. But there’s no expectation on her face. No horror. Just a weary, spent joy.

“Mission accomplished,” he says from the door.

He knows this is it. There will be no more menstrual calendars or hot water bottles. No more scans. And although he should be sad, for the first time, he sees his son not as a doctor, knowing all that he knows, but as a parent, knowing nothing at all. Samantha reaches out her hand, calling him to share this moment.

He goes to them.

Jack Petrubi is a European writer. He has lived in London, New York, Paris and Lisbon and is now based in Germany. Before becoming a writer, he studied astrophysics but decided that words were a better way of unpicking the mysteries of the universe. His star sign is Copernicus and his favourite colour is yellowish-blue.