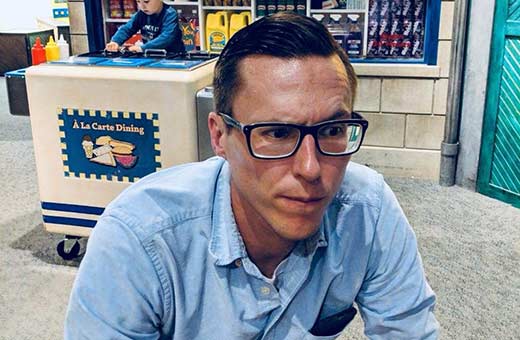 Hi Jon, thanks for speaking to us at TSS. Your short story collection, Veterans Crisis Hotline was published to critical acclaim, winning the Grace Paley Prize. What can you tell our readers about the book and why do you think they should read it?

This is a tough one if I’m being honest. What can I tell them? I think I might cheat and let Sue Miller say it for me:

“These twelve stories, each narrated by a different veteran of the Iraq war, divide evenly between the often near-hallucinatory events of that war and the account of life back home in its aftermath. Sometimes sad, sometimes horrifying, often hilarious—occasionally all three simultaneously—each story bears down on moments of such searing honesty that it lingers in the reader’s memory as urgently as it lives on the page. This is an unsparing, vital, and completely engaging work of art.”

Why do I think they should read it? I’ve never been very good at this part, the self-promotion. See my previous answer for evidence. I suppose this book is important because it has something to say about men and violence and war. It has something to say about suffering and ugliness. This was a book that I needed to write and therefore believe someone needs to read. I think all art comes from a deep place within the writer, a place that is their own but must reflect some other need out there in the world. I do not imagine that my needs are special. I think there are other people out there who need these stories as much as I did. 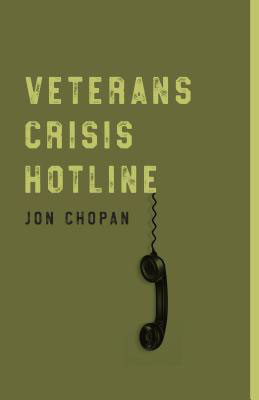 You tackle difficult, often sensitive war-related issues – did you have to do a lot of research for the project and what were the major challenges you faced?

I did. I read a lot, watched a lot of films and documentaries, and interviewed veterans. The research was the easy part. I think coming to grips with the reality that I was never going to get it right for everyone, that there is no story of a group that speaks for all of its members, was the first challenge. Thereafter, the challenge was finding a way to use the research without allowing the research to make these stories consumed by facts. A good story, I think, finds itself by finding the right detail, the small and nagging thing that the writer can’t let go, that the writer needs to understand by examining it in the space of a story. Finding those details and mining them and staying true to them was the most difficult and rewarding challenge.

Did you consider turning your book into a novel or did you always envision making it a collection of short stories?

Initially, I thought this was a linked story collection. I thought all of the stories were about one character at these very specific and pivotal moments in his life. In this way, I don’t think I ever imagined a novel. I think I imagined a set of specific moments that his mind snagged on. That being said, even that did not have enough of the character development that we might want or expect from a work that follows a single character for a book-length amount of time. At some point, seeing that, I realized that this was a collection of stories about a group of men who had suffered similar things and were struggling in similar ways. The idea that these are phone calls to the veterans’ suicide hotline made sense to me because it seemed like a place for a multitude of experiences to converge, for a kind of collective experience to being to emerge.

Having written a memoir, Pulled from the River, could you tell us if there were any particular challenges in switching form?

I think that writing about oneself is a humbling experience. With any luck, it has taught me how to be kind and forgiving and honest about my characters. This is to say, having to write about oneself can make you understand that characters are not puppets to push around a stage for the purposes of plot. Characters deserve the same complexity that we, with luck, understand ourselves to have. In the end, the impulse to tell a story is the common thread between my fiction and my nonfiction. And I think that writing nonfiction made me capable of writing a richer and more honest fiction.

If you were to go back to the start of writing this short story collection, would you do anything differently?

I don’t know that I would. I think you learn a piece of art as you grapple with it. Maybe I wish the grappling was a bit easier, a bit faster in coming to an end, but I don’t think that those are uncommon wants. I suppose we always want it to be a bit easier, but I have come to believe that our best work is born, in part, out of the struggle to come to realize what it is that we are making. Making art is very humbling and requires a great bit of faith. By which I mean, one has to be willing to admit that they don’t know as much as they’d like to about the subject or the people or the story, and one has to have faith that, with focus and commitment, those things will slowly reveal themselves to you. 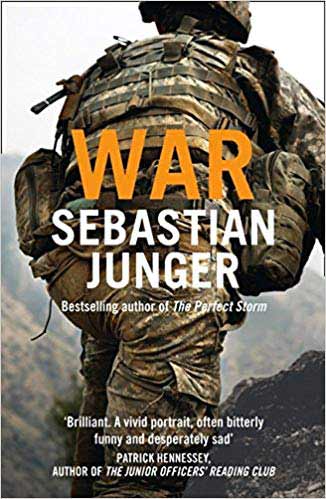 In reviewing your collection, one reviewer mentions The Red Badge of Courage by Steven Crane. What other war-related fiction books would you recommend?

I am not sure that I would recommend The Red Badge. I don’t mean to diminish its historical value or literary legacy. I just wouldn’t go on record as recommending it. As far as war-related work, I think Tim O’Brien and Brian Turner and Phil Klay and Philip Caputo are all writers worth exploring. I think that they tell deeply moving and entertaining and intellectually engaging stories. I think Generation Kill is a must read. I think Sebastian Junger’s War is a fantastic book. For me, regardless of content, Tim O’Brien is one of the most brilliant and original writers of American fiction. He does write almost exclusively about war, to some degree, but I think his work is rich and creative and alive in a way that makes him so much more than just a war writer.

Lastly, what advice would you give budding writers looking to get their collection published?

I’m not sure I have much in the way of practical advice.

Write what you need to write. Write the thing that only you can write, or the story that you needed when you were young, the story you need right now. I think need is a better impulse than want. I think you’re likely to have more to say and in a more interesting way if you worry about need.

Find yourself some trusted readers. I think we all have an ever-expanding edge to our talents. Find people that will push you to keep expanding that boundary, people who will pump you up, yes, but who will also be honest about the places where your work is not your best, where the characters are doing things that don’t make sense, where the sentences fail to sing.

And lastly, be patient. Most artists face far more rejection than they do acceptance. This has certainly been the case for me. It is too easy to give up on your art. The financial rewards are not great. There is always some reason not to do it­­—jobs, kids, naps. And rejection can hurt, can feel personal. If you are writing the stories you need to write, you will always feel a need to write them. Be patient with yourself, kind and generous too. But also always be pushing yourself to do better work.

JON CHOPAN is an associate professor of creative writing at Eckerd College. He received his BA and MA in American History from SUNY Oswego and his MFA from The Ohio State University. His first collection, Pulled From the River, was published by Black Lawrence Press in 2012. His work has appeared in Glimmer Train, Hotel Amerika, Post Road, Epiphany, The Southampton Review, and elsewhere. He is the winner of the 2017 Grace Paley Prize for Short Fiction for his collection Veterans Crisis Hotline, which was published by the University of Massachusetts Press in October 2018.