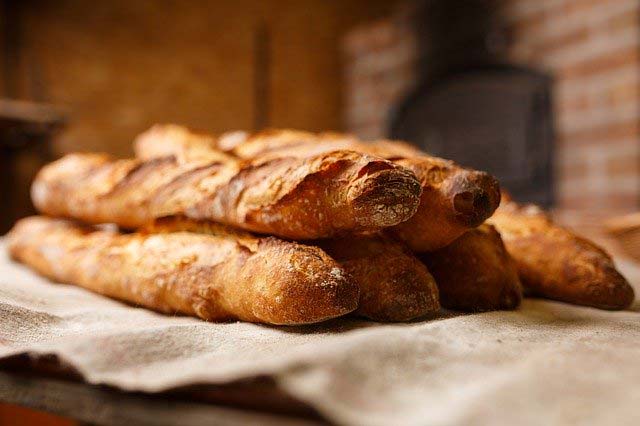 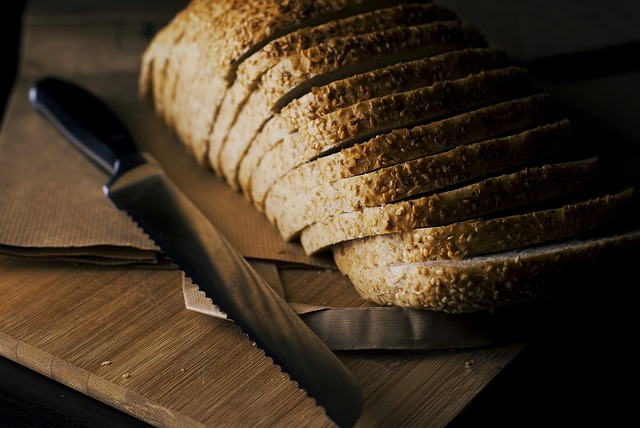 Mr. Croissant lived in a small house in the countryside. There was a beautiful garden in front of the house. He lived with his son and wife. They enjoyed their countryside life, because they could breathe the fresh air and eat fresh food. Mr. Croissant had a small bakery in the nearby town. He liked making all kinds of delicious cakes and bread. His wife helped him at the bakery as a cashier.

Mr. Croissant had three loves. One was his pet dog – Simon. The second was his house, which he had built by himself. The third one was his magic machine which could make yummy bread in his bakery.

His bread was so delicious that his bread always sold out quickly every day. He dreamed of making more money so he could build a bigger house.

Every day, he took his dog Simon in his bag to the bakery, as he was small like a ball. Simon liked to eat the bread very much. When Mr. Croissant took the hot bread out of the oven, Simon jumped up to reach the bread with his front leg. Sometimes Simon stole bread when Mr. Croissant wasn’t looking. Sometimes the baker wouldn’t notice him. If Mr. Croissant did notice, he would shout, “Go away, Simon, bad boy!” One day, Mr. Croissant had a good idea. He bought a cage for Simon and gave him some food in the morning, and then went to work.

Although Mr. Croissant always sold out of bread quickly, he couldn’t make much money. This always confused him. Maybe he wasn’t selling as much bread as he thought? Maybe the bread was disappearing?

One night, he went out of his home and hid behind the bakery to find out the reason. But nothing happened. The next day, he hid beside the bakery again in the evening. At midnight, a tall and thin man opened his bakery with a special key. When he took the bread from the cupboard, Mr. Croissant rushed at him, shaking him by the shoulders.

“What are you doing here?” asked Mr. Croissant.

“I am so hungry, but I have no money,” said the thief.

“Why did you steal bread from my bakery?” asked Mr. Croissant.

“Because your bread was the tastiest bread in this town. When I smelled the bread, I couldn’t help eating it!”replied the thief.

“But you can tell me the truth. Maybe I would give you some bread,” said Mr. Croissant.

“Please don’t take me to the police station!” begged the thief.

“Don’t do such a foolish thing again!” said the Mr. Croissant. And, feeling kind, he let the thief go.

Now he knew why he wasn’t making much money.

From then on, Mr. Croissant made a lot of money and built a bigger house with the most beautiful garden in the town. In summer, the garden became a riot of colour. Mr. Croissant and his family had a happy life.

Zichang Wang (王子昶 ),  is eights years old and lives with his parents in Chengdu, China.