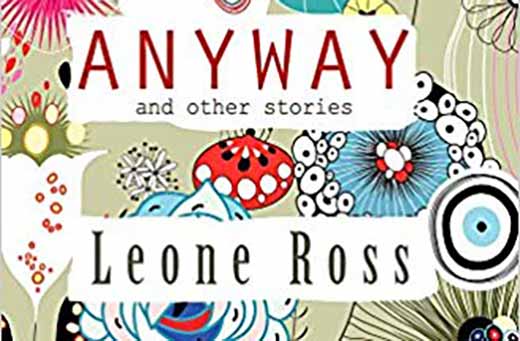 Sometimes you have to read a short story collection (at least) twice to appreciate the wealth of life experience the writer has drawn upon and the extent of the creative powers s/he has applied to create something special. A second reading of Ross’s collection certainly paid off for me. The Jamaican patois that was a stumbling block for me in some of the stories the first time around fell beautifully into place on a second reading; ambiguous endings resolved themselves (unless they were intended not to).

The stories coalesce broadly around two themes. One of these is man’s failure to acknowledge and value the female of the species as she really is, and woman’s frustration at being continually ignored and reinterpreted. In exploring this, Ross takes a fully frontal approach to the violence that many, perhaps most, women experience in the course of their lives. In one story, for example, a woman finds herself in thrall to a man who ‘usually hides the damage in her scalp, in the cleft in her buttocks and between her thighs’. In another, a man hits a woman so hard, ‘she ha(s) to use a tub of rum raisin Haagen Daaz for the busted lip’.

This theme reaches its apogee in the grisly ‘The Covenant’ and in the tender ‘The Mullerian Eminence’. In ‘The Covenant’, the central character is so desperate to make herself understood as being something more than just sugar and spice that she embarks on a series of increasingly grotesque acts of violence.

The term, ‘the Mullerian eminence’ refers to the hymen which, science would have us believe, has no useful part to play in women’s lives. In her eponymous story, Ross cleverly uses this part of the anatomy as a cipher for all the sexual violence women experience at the hands of men. It takes a poor and naive man to perceive the fact that the world is full of hymens, carelessly discarded, each one with a tale to tell. He is left with the dilemma of how he can take care of all these damaged goods, of how he can make reparation. The challenge proves insurmountable.

Come, Let Us Sing Anyway was one of the short story collections recommended by Irenosen Okojie in her interview with TSS Publishing.

In the ‘Velvet Man’, on the other hand, we meet the supreme listener, the man who puts himself unconditionally at woman’s service so whole-heartedly that, clearly, he belongs in the realm of fantasy.

The second theme of the collection is woman’s capacity for sexual pleasure. Any woman who doubts herself, should read ‘Drag’ for reassurance. And any man who doubts his female sexual partner’s ability to respond should read ‘Drag’ to understand what women are capable of, given the right approach. Ross obviously like writing about sex, and she’s inordinately good at it. She gives the best account of the female sexual experience, and the female orgasm, in particular, that I have ever read. Here’s a taster: ‘Michael’s finger eases inside me, taking all the daylight in the room with it. I am sitting in a pool of summer’. As well as describing the abstract sensation of pleasure, she manages to capture the frustration of trying to get the man to do what you want: ‘I want him to understand so bad, but I don’t want to talk…I twitch, trying to edge him nearer the brink of me’.

There are other stories that are not as closely related to these themes. I loved ‘President Daisy’, a heart-warming account of a child’s open-minded perspective on sexual diversity. This story has an uplifting ‘reveal’, delicately delivered. I also loved ‘And You Know This’, the swansong of two elderly Jamaican women driving off into the sunset to their demise, and ‘Love Silk Food’, a sad tale about a lonely British-Jamaican woman whose husband is consorting with a younger woman. In one glorious sentence, describing the older woman’s attitude towards her own genitalia, Ross captures the moral rectitude and restraint of the women of Britain’s Windrush generation.

Ross is a versatile, inventive and passionate writer who is able to fuse reality and fantasy effectively to make a point. She draws heavily on her dual heritage, Jamaican and British. She conveys effortlessly the colourfulness of Jamaica and the drabness of Britain. And her use of language, both lewd and straight-laced, is a delight.

These days, a growing number of people in the UK are hybrids, living with feet in at least two cultural camps. This creates writers with new experience to share, and new readers to enjoy and appreciate it. I look forward to reading what Ross has to say next.

Come, Let Us Sing Anyway was one of the short story collections recommended by Irenosen Okojie in her interview with TSS Publishing.

Janet H Swinney is a writer of short fiction and drama. Eleven of her short stories have appeared in print anthologies with another pending. ‘The Map of Bihar’ (Earlyworks Press, UK and Hopewell Publications, USA) was nominated for the Eric Hoffer prize for prose 2013. ‘The Work of Lesser-Known Artists’ was a runner-up in the London Short Story Competition 2014 and appeared in ‘Flamingo Land’ (Flight Press, 2015). Several other stories have appeared in online literary journals based in India and the USA. ‘A Tadge to Your Left’ was shortlisted in the Ilkley Literature Festival 2017 and appears on the website of The Word Factory. Janet has had listings in competitions ranging from Fish to Fabula. ‘Oculus’ was a semi-finalist in Screencraft Cinematic Short Story Competition 2018 (USA), and ‘The House with Two Letter-Boxes’ was longlisted in the Commonwealth Writers competition 2019.  Her first collection of short stories, ‘The Map of Bihar’ will appear in June this year, published by Circaidy Gregory Press.