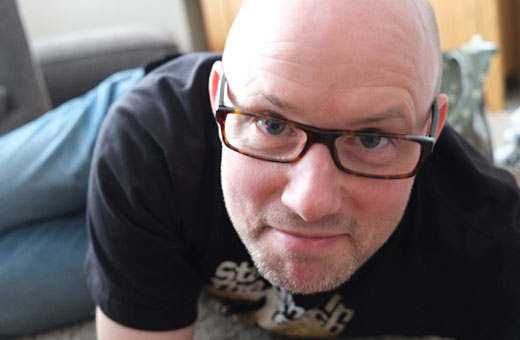 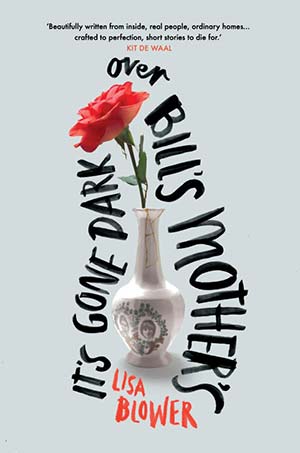 It’s when, in ‘Pot Luck’, a monologue pitched somewhere between Bennett and Bouquet, Mrs. Johnson describes with alarming clarity the array of poor and downtrodden outside her window, waiting to receive her thirty seconds of optimism and a bacon buttie. It’s when Alma wears her best apron when cleaning in ‘Dirty Laundry’, thoughts of her deceased brother counterpoint the mundanity of her household chores. In ‘Chuck and Di’, Di wonders if the staff on the QE2 ‘peg out’ the towels they wash daily, whilst considering such an effort a little too regular. In ‘Pick Up Your Socks’, a two page vignette that tucks a lifetime of love into a clothes drawer and leaves you impossibly uplifted, it’s the three-word sentence ‘Just like Daddy’. Detail lifts these stories above the page. They play out in front of you like half-forgotten memories, just out of reach but always threatening to rear up and storm your senses. It’s in the details that Lisa Blower triumphs.

There are twenty stories in It’s Gone Dark Over Bill’s Mother’s. They benefit from a strong thematic core. Like all good short story collections, we are gifted the shoulder of assorted narrators, over which we enjoy a diversity of entry points, a variety of styles and a clarity and strength of voice that leaps from the prose. Add a confidence with tone and a mischievous way with an ending and It’s Gone Dark feels new every time you return to it. And you will return to it.

These are ‘North of Watford’ stories. The characters and locations adopt the burnished patina of a slowly disappearing, post-industrial Midlands, evoke Northern towns wreathed in the foggy output of factories and no-nonsense, what-you-see-is-what-you-get-attitudes. These people inhabit jobs where work is something you do with your hands, more often than not resulting in the creation of something tangible, be it a tall pile of starched shirts, the thin blue grace of gilded crockery or the release of human contact in exchange for next week’s electricity bill. They live in two-up two-down terraced houses in communities hollowed out by successive governments for whom they are yesterday’s problem. The world outside continues to turn but without their input. They stand like lost tribes at the edge of a forest, watching strangers stake a claim for a future they will never be offered. On the odd occasion that contact occurs, it generates a sense of bewilderment and frustration, a lack of understanding of what it takes to move to the rhythms, the speed, the all-encompassing madness of the twenty-first century.

These are also stories about women. Matriarchs, losers, no-hopers; the dreamers, the down-trodden and the damned, sometimes all in one character. For the most part we enter unannounced on crises of varying importance and by the time the lens withdraws, we are clutching desperately at the final paragraphs, begging to be allowed to stay and see it out, however grim the denouement may be. Which isn’t to say there’s no humour in these stories. There very much is. It’s well judged, handed out when least expected, offered in moments you might not consider deserving of levity, though it’s more the gentle underlying laughter of recognition than the roaring bark of stand up. It may be dark over Bill’s mother’s, but isn’t it always darkest before the dawn? Here you’ll find brash, brawn and bloody-mindedness, the fearful and forgotten. Regardless of demeanour, these women light up these pages with that curiously indefinable charm associated with West Country lip, Mancunian swagger or Merseyside scally, a wholesome, affectionate and self-mocking humour very much associated with the counties north of Milton Keynes.

Blower maps this physical and human geography with a light touch and a lifetime of knowledge. Every street, every tidy parlour, every well-swept front step or dead-end office are framed by the characters that walk, clean and curse in them. Even when characters stray beyond the reach of home and hearth they return, as if held on the end of a bungy line, ready to snap back into place; their place. You won’t find the false arrogance of the UK’s capital, the cheeky flirtations of Nell Dunn’s 60s heroines, in here. Their manufactured sass, all spit and shallow, has no place in these towns. Nan in ‘Broken Crockery’ would offer them short thrift. These are people of the earth, grounded; they rarely fly.

And yes, these are stories of the working class, and family. Extended, broken, displaced or despised, but with a core strength and an innate understanding of safety in numbers, the importance of staying or being together, even, sometimes, the grim acceptance that the Devil is better known.

‘Nan says that Margaret Thatcher was so mean that she gave all her money to the rich people to make more money, and left the poor people with hardly any money to buy shopping. My Nan can’t stand meanness. “You don’t spend life from a purse,” said my Nan. “If that woman was still in power I swear we’d have oxygen tanks on our backs feeding it coins like a jukebox for the air that we breathe.” I said, “Oxygen keeps you alive, doesn’t it?” Nan said “No, family keeps you alive.”’

To highlight stories seems unfair, but think of it like this; for every voice introduced here, there’s another that you won’t know until you read the book, turn the pages.

In ‘Chuck and Di’, the narrator’s capitalised paragraphs read like stage direction; a brilliant artifice. They strengthen the reader’s feeling of watching voyeur-like as the sour grapes of a relationship buffeted by lies, secrets, barely repressed violence and, ultimately, resignation, are thoroughly chewed over and spat out.

The three women in ‘Hoops’ are caught in an ever decreasing circle of fewer opportunities and fear. A mother in need of surgery, an alcoholic daughter with a baby and an immigrant boyfriend, and a second daughter quietly keeping a diary are thrown continually against the rocks of an overworked social worker and an ex-soldier with a closed mind. One is out of control, one has lost all hope and one stands outside the drama observing the quickening collapse of her family. Fear of the system, of bureaucracy, fear of ageing; fear of anything that isn’t comfortably local and a known quantity. Bitterness, lack of understanding and recklessness combine, but where you might expect a conflagration, the soft salve of acceptance blows through the finale and the reader is left wishing for something better for (almost) all of them. ‘Isis cried all night for Rae. Mam rang her mobile fifty-three times until Isis fell asleep then Uncle Chalky crept out of his room and stared at the baby for a very long time. Then he woke up Mam. “I said you’d end up her mother if she had her,” he seethed…’

There’s a perfect storm element in ‘The Trees In The Wood’. Nothing short of a psychological thriller, these fourteen pages throw a mentally ill out-patient and a palliative care nurse, whose own life is more than complicated, together in a spiral of separate worlds. As those worlds begin to weave together, it becomes clear that there’s very little separating us when social norms and barriers are stripped away, and the construct we prefer to think of as ‘normal’ breaks down. ‘You need to get the four corners in place which helps you to work on the edges, see? Then you fill in the main picture.’

The women spin ever faster, like atoms in the one small room, inevitably crashing against each other with results a bookie wouldn’t take odds on. Again though, Blower subverts the tendency of the reader to think ahead to a natural conclusion by flipping events on their head, pulling the pin and walking away so that you can observe the debris in a moment of stunned silence.

In ‘The Land of Make Believe’, Ruthie combines smarts and naivety in equal measure as she plots her way, without ever seeming defeated, through a life where the default from day one is bottom rung. In doing so, for those of us who remember them first-hand, Ruthie highlights a swathe of tragi-comic nostalgia for the 80s, from Bucks Fizz to Woolworths to Michael Hutchence’s crotch (Google it, but carefully). If Ruthie were a battery, she’d light up whole towns, but she’s always on the edge of the beam, never in the spotlight. This story is a fantastic example of how Blower works detail again, picking out threads you might initially think inconsequential before returning to them with simple, devastating effect.

‘Fron’ is discombobulating; eerie. You’re never quite sure where you are. It stands out from the other stories as a true genre piece. Even here there is the hint of a matriarch, in this case ignored, towards the end. Backstory, in ‘Fron’ and all the others, is drawn with one or two beautifully weighted sentences. You care about these people in the space of a paragraph.

Perhaps the most crushing of all the stories in the collection is the last one. ‘Abdul’ arrives in the UK from Afghanistan via an opening paragraph that would melt the coldest of hearts. His short journey with a volunteer is a brilliant dissection of what makes us different and what might bring us closer, a cultural yin and yang with an ending that leaves the reader with more questions than answers, just, I suspect, as Lisa Blower planned it.

It’s a fitting end to a carefully paced collection, one that messes with your assumptions, twists your expectations, before exceeding them by some measure. These stories are about the little earthquakes people get caught up in, the fault-lines beneath their feet that open up without warning and threaten to close around them, and how they reach for the light and an escape, or just the promise of one.

Paul Woodgate wrote for various music magazines including R2 and Folk Radio UK. After attending several creative writing courses, he is now pursuing a story-telling itch he should have scratched twenty-five years ago and which, currently, consists of several unfinished shorts and a long-form novel in progress. He recently had his first acceptance for a short story from Silk & Smoke.