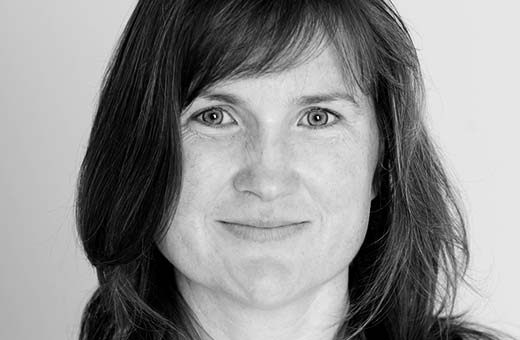 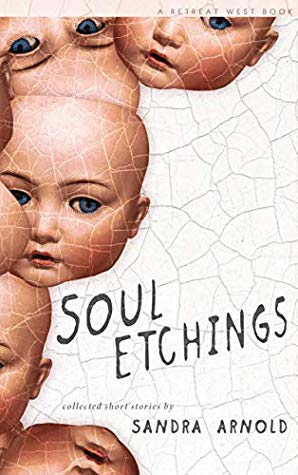 Soul Etchings is Sandra Arnold’s debut collection of flash fiction, and many of the pieces here have been previously published in literary journals and anthologies. The book opens with a story called ‘The lighthouse keeper.’

‘Red Knot, Caspian tern, Mongolian dotterel. As each name slipped from the lips of the lighthouse keeper, with tales of whales and seals and solitude, my father’s face filled with longing.’ (p.1)

Years later, when news arrives that all the lighthouses in New Zealand are being automated, the narrator thinks of the lighthouse keeper. ‘That sort of person…said my mother…would always have difficulty fitting in.’ (p.2)

This small story is beautifully cadenced, setting the tone with its themes of seemingly isolated individuals whose imagination and love of the natural world sustain them against the misunderstandings of those closest to them and society as a whole. Many of the characters in these stories are creative ‘others’ who experience the world in a way different to the norm and so find themselves victimised, bullied and cast out. Deprived of life itself, these others enter different states of being.

The collection deals honestly with the dark road of creativity, singing of its joys but not shying away from its dangers. Many are the perils for those who see and feel too much. The gift of imagination is as double edged as a silver blade, beautiful as it glints in the light but deadly also, sharp enough to slice a life into pieces.

In ‘See what I see’, a woman’s sight returns after an operation to remove cataracts. But alongside this expected development, she finds that her hearing has improved as well. She begins to hear not only what people say but what they think and feel. She can even hear her husband’s dreams, a development so distressing that she rushes out of her house at night in search of silence.

‘Sitting in the middle of a paddock she stared at the black dome of sky and tried to identify the constellations. She remembered that she used to know their names… She saw herself as a child who’d talked to birds and ants and bees. She saw herself in the psychiatrist’s office with her parents, the worry lines on their faces softening as he prescribed pills…She saw the bewilderment on her ten-year-old face as she learned that other people did not see what she saw, hear what she heard or feel what she felt, and that she needed pills to make her unsee and unhear and unfeel.’ (p.70)

Themes of motherhood, societal pressures on girls and women, and the unnatural separation of the human from other forms of animate and inanimate life are questioned and examined. In ‘The girl who wanted to fly,’

‘She just wanted to fly. So she made wings from chicken feathers and climbed to the top of the tree. She was a bird. She was a fairy…She was wind. She was rain. She was breath in the newborn calf.’ (p.23-24)

One of the fascinations of flash fiction is its inventiveness and playfulness with form. A striking example is found in ‘Waiting lists’ which makes use of a list structure.

Some works address the death of a daughter with quiet power. In ‘Bridging the Gap’, a couple’s Omani companion wishes them a Merry Christmas.

‘Rob puts his arm around my shoulders. They’re just words, he says. They’re not her saddles gathering dust in the barn. They’re not her ashes in the earth. They’re shadows on a foreign beach, a crackling fire, the smell of coffee, an indigo sea. They’re Mohammed’s gift to us. We say the words back to him.’ (p. 81)

‘Grit’, a story of fewer than 250 words, is an utterly devastating account of the encompassing nature of grief. Its very brevity adds to its impact.

‘…We need to say her name, but we have no breath. I form its shape in silence. Let her name float on the wind. Let it drift like mist around the verandah posts, under the eaves of the house, in and out of the trees and bushes, over the paddocks where sheep graze, down the road to the river, where the Alps shine a brilliant blue, where the tracks are covered in orange poppies and wild purple lupins, where the air is filled with the humming of bees and the songs of larks, and the striking of hooves on stone. And the girl on the horse turns. She flicks back her long blonde hair. And looks at you with eyes as blue as the sky.’ (p.103-4)

Sandra Arnold is a highly accomplished writer of novels, short stories and non-fiction. Originally from north-east England, she now lives in rural Canterbury, New Zealand. I greatly enjoyed her fascinating new collection with its rich understanding of character and difference. Her writing is insightful, intriguing and unafraid of balancing itself between the worldly and otherworldly, the poetic and the pithy. Another pleasure for me was the clear-eyed evocation in some stories of the unique landscape of the Canterbury Plains. I’ll return to the haunting stories in Soul Etchings over the months to come and enjoy their mystery and vivid humanity all over again.

Emma Timpany was born and raised in Dunedin, New Zealand and now lives in Cornwall. Her previous publications are Travelling in the Dark (Fairlight Books, 2018) and The Lost of Syros (Cultured Llama Publishing 2015). She is co-editor of Cornish Short Stories: A Collection of Contemporary Cornish Writing (The History Press, 2018). Her writing has won awards including the Hall and Woodhouse DLF Writing Prize 2019 and the Society of Authors’ Tom-Gallon Trust Award. Three Roads, her second short story collection, is forthcoming from Red Squirrel Press in 2021. Her current work in progress is a novel called The Crossing.