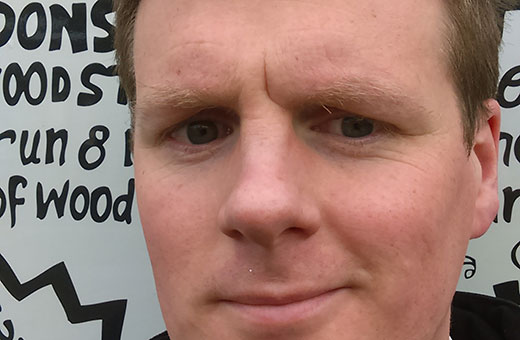 Short story Review: ‘The Book Of Cairo: A City in Short Fiction’ Edited by Ralph Cormack 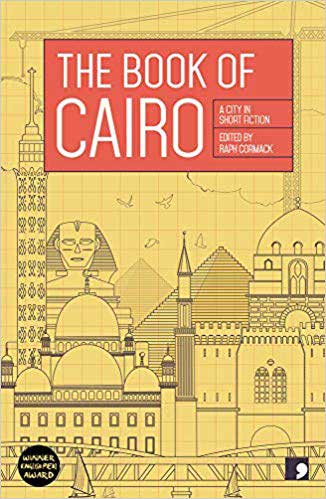 The latest in a series that encompasses cities as diverse as Leeds and Rio , The Book of Cairo features ten short stories from that city’s writers about modern life and the people who presently inhabit the city (they all date between 2013 and 2018). The ten stories may cover a slim 85 pages, but this is no indication of quality: these stories are of a high standard, coming together for an entertaining and varied collection. There are stories that tip into the fantastic alongside stories that are grounded in reality; stories that explore the personal alongside those looking at the political aftermath of the Arab spring; and from stories about everyday trivialities such as bins to those that explore the brutality of the state.

This is a collection where it is not hard to run into politics. Ralph Cormack’s introduction not only provides a well-written history of recent events for the city and its literary traditions, but also but sadly notes that one of the featured authors, Ahmed Nhaji, has been imprisoned for the degeneracy of his writing. Audiences will have their own view on the opening of ‘Siniora’: ‘I must have been as crazy for her cunt as I was for the internet.’ To my mind it’s the most powerful opening line I have read in quite some time. Whilst people may disagree about whether the use of ‘the c-word’ is offensive, I am sure that few would advocate jailing authors for such writing. What follows from this opening is a witty and erotic tale about trying to perfect recipes for cooking hash, which is brilliantly executed. This is truly writing to be seduced, and not repulsed, by.

Cormack notes in the introduction that this ‘book tells the story of a city that is struggling to forget itself.’ And a protagonist in one of the stories remarks that:

sand has become a distant memory to us and only springs to mind when we happen to see it from our cars, driving through the furthermost exits and entrances to the city.

Collective memory is explored in Mohammed Kheir’s ‘Talk,’ which also feeds off contemporary concerns about the power of the internet, when a surgeon is subject to false rumours about his own competence. Areej Gamal’s ‘An Alternative Guide To Getting Lost’ also looks at memory and its role in preventing us from moving on with our lives.

Hassen Abdel Mawgoud is perhaps the writer with the most profound understanding of memory – in terms of what we remember and what others remember about us. ‘Into The Emptiness’ opens with a routine neighbourly dispute about bin collections, but slowly mutates into something much more intense, that explores the essence of what it is to belong or even to exist. As the protagonist comments:

We always prefer to reduce people to a single trait, one that we let overshadow their other characteristics. We say that someone is good or evil, intelligent or stupid, sunny or sour-faced, normal or strange. I used to think it was the others that were strange.

Only one story explicitly addresses the question of precisely what it is Cairenes are trying to forget. ‘Hamada al-Ginn’ by Nael Eltoukhy is about police corruption and brutality. Having been tasked with finding ‘The Whole Truth in its full extent’, Major Haitham Hamdy becomes:

fed up – tired of the whole affair… The truth was always boring, and searching for it even more boring. But, no, a police officer could not be bored! A policeman is a creature of constant desire, he scolded himself as he climbed the stairs of the building.

It stands out as the most explicitly political of the stories here, and is supported by an acute awareness of the world and a dark humour that helps it build into the most powerful piece of writing in this collection.

Despite the subtitle, this is not always a ‘state of the nation’ collection rendered at a city level. Cormack’s introduction says that the stories ‘offer exciting vignettes of life across Cairo – in its houses, in its offices and on its streets.’ Mohammed Salah al-Azab’s ‘Gridlock’ cleverly explores the city’s notorious traffic jams through the technique of passing from one trapped narrator to another, skilfully providing pen-portraits of people’s lives and slowly building to a foreboding climax. Hend Ja’far’s ‘The Soul At Rest’ is about a someone who coordinates paid-for obituary notices in a newspaper. It has a long set-up which pays off handsomely, and is underpinned by a feather-light construction that makes this a joy to read.

noticed that staff were sneaking glances at him – since his promotion it was unusual to see him loitering in the corridor… He tried very hard to make his loitering appear natural and took great care that no one should notice that he was spying on them.

Reduced to rearranging his office furniture by his paranoia (rather than actually managing), it’s a tale of petty office politics and power plays that many readers will recognise and take delight in. Hatez also has a nice line in description that helps to drive the wry humour in his story.

‘The Other Balcony’ by Nahla Karam is a beautifully set-up story of love across two balconies, wonderfully describing the thrill, pressure and potential heartbreak that can flow from adolescent love affairs. Perhaps the most fun here is to be found in the subversive tale of romance ‘Two Sisters’ by Eman Abdelrahmin, which opens in a video shop, before moving firmly into the horror genre in a great exploration of familial sexual politics.

Finally, a special mention must also go to David Eckersall for the design of The Book of Cairo, which itself helps draw attention to the modernity of the city and these stories. I’m sure that anyone drawn in by the covers will be amply rewarded by the treasures contained within.