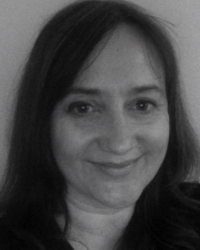 Every morning he lies there numb and stuck in some sort of a forever déjà vu, watching everything that’s happened remember itself and uncurl itself and begin to circle itself around his head. Their words. Their faces. All of it starts circling, faster and faster, til his brain begs him out of bed.

What is the nature of worry and anxiety? How does it arise and manifest and what does it bring in its wake? In The Worry Front, a collection of 11 dark, intense, and often disturbing tales by Melbourne author H.C. Gildfind, set in a modern-day Australia, we are presented with a range of circumstances and characters whose stories together give us a map of human anxiety, its distancing effect and its repetitious, unsettling nature in people’s everyday lives.  ‘The Worry Front’ itself is described by its originator, an 81-year-old grandmother, realising that she has spent almost her entire life in its grip, as an ‘icy flood of foreboding’. which emerges in her youth, alongside the birth of her first child:

I saw the inside world collide with the outside. I saw warmth and wetness. I saw smallness and safety crash into a vast world of danger.

This sense of an inner life contrasting with the outer world is a key motif throughout the collection, and for me, the most effective and impactful stories are those that make the maximum use of the contrast. There is a pervasive sense of a darkness lurking, bubbling underneath, a counter to the endless barrage of aspirational lifestyle messages: for fit, lithe bodies, for sexual prowess, for wellness and wealth, and the drive towards positive thinking and success. This impacts several stories: in one, ‘The Broken Body’, for example, a young woman finds herself completely overwhelmed by the number of options on offer, the sheer number of opinions flying at her on a daily basis. In others, characters beat themselves up for not quite seeming to have made it, and in others, characters wonder what that is worth at all. 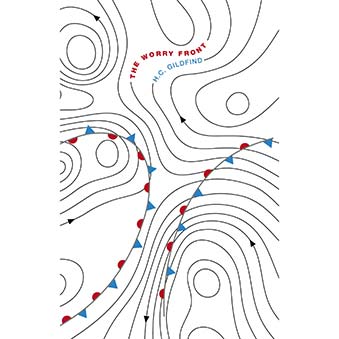 The worries themselves arise from a range of situations and manifest in various ways: from a sense of an unsettling ‘something’ to one of sickly disgust, and even full blown fear. Gildfind’s characters are often at different stages in their journeys. There are external causes, like personal disaster and loss: of family and pets, being robbed of a potential future; from regret, from fear of what’s to come, from overwhelm and option paralysis. In at least a couple of cases, the worries have likely not arisen from any particular external event but are more a feature of the characters’ own psychological makeup that then seeps into the rest of their surroundings, and from which they have little hope of escape. The circumstances they find themselves in range from the very ordinary to the less so, although with scenarios including rape accusations, shaken baby syndrome, potential cancer diagnoses,  physical cruelty, and  in one story, a particularly graphic description of hunting for wild dogs, the collection is definitely not for those who prefer a lighter look at life.

Protagonists include the embittered ferryman of the opening story, and several others who are either psychologically disturbed or varying degrees of unpleasant: the maimed, troubled restaurant worker of the prize-winning novella ‘Quarry’ is particularly memorable; another story’s cafe owner, who looks on his customers with barely-disguised disdain; the in-her-own-world half of a couple moving to a new home with their chickens. And in ‘Morning Song’, where a woman is looking after a friend’s baby, the ‘Oh my god; will she, won’t she?’ sense of rising tension belongs more to us as readers than to the character herself.

In other stories, the protagonists seem more sympathetic: the young woman inside a hospital scanner; a man who realises he wants a family; a boy, his father and his pet bird; a teacher with a weight problem and the ex-college friend who’s the object of her romantic desire. Their worlds are often ordinary and domestic: lives filled with pets, stray dogs, cats, birds, visits to hospitals, doctors’ surgeries and vets’ or set in ordinary homes. Notably some of the stories are linked by the exact same tropes; hospital scanners, missing or dying pets, concerns about obesity and food and life and death.

The real beauty of The Worry Front, though, is the sheer quality of the writing, in particular, the exquisite precision of the detail in even the most mundane of set-ups, which serves to create and build suspense, tautness, the sense of something always about to snap.  Gildfind skilfully creates a sensation of the world being an uncomfortable place through this use of detail, and immerses us completely in the heads and sensations of the characters, whether that’s in the bleak, icy outdoor setting of ‘Ferryman’, the bone dry Mad-Max-esque world of ‘Quarry’, to a new home or a stifling kitchen where a woman prepares a meal, alone. The build-up of almost relentless detail in several stories perfectly captures the psychological state of anxiety suffered by the characters and how often it seems to render them isolated, dissociated from their surroundings and lives, including the people around them. Several characters display this kind of sensory overload, showing a nauseous hypersensitivity to sights, sounds and smells. In ‘The Wished For’, for instance, a deeply unsettling tale of a woman haunted by an unnamed, undefined force, an act as simple as peeling potatoes is given an almost unbearable aura of suspense:

Her forearms are starched with freckles, but all she sees is the violent action of her hand. How well peeler and wrist burst skin off potato, cell of cell, insides from outsides. She wonders who invented it. Wonders when and how. Wonders why she wonders such things and, wondering this, stops.

Several of the stories stayed with me, although I have to say that in at least one case, I rather wish some elements hadn’t. Often the stories’ endings are bleak, with little room for hope, although there are several exceptions, and there are mysteries and twists that linger long after. On the other hand, one or two stories didn’t, for me, ramp up the sense of inner tension nearly enough, although I found these weaker tales were few and far between. I did wonder on occasion if some stories continued a little longer than they should have and there’s one in which I found the jumping of viewpoints between two characters jarring and confusing, but in general, I found the immersive quality of the writing more than made up for that.

As someone who tends towards writing dark fiction myself, the most powerful stories for me were those which highlighted the internal, subjective nature of worry and tightened the psychological suspense;  particularly effective was the idea that something deeply disturbing could be going on with someone who appears perfectly ordinary on the surface. I found myself less taken with the more obviously grotesque; as with horror, I prefer my tension psychological and haunting, and find that more impactful than outright grim or as unpleasant as possible almost for the sake of it. As I say, though, this is purely personal preference, and for anyone who enjoys stories that are dark, unsettling or deeply disconcerting, this superbly-written collection will give you plenty from which to choose.

Laura Windley is a short story lover and writer from London. She was runner-up in the Bristol Short Story Prize, has written short plays and screenplays, has been short and longlisted in competitions such as Fish and the London Short Story Prize, and has been published in print and online. She has an MA in Creative Writing from Birkbeck and is finishing off some new stories as well as working on a novel. She tweets, somewhat sporadically, at @laura_windley