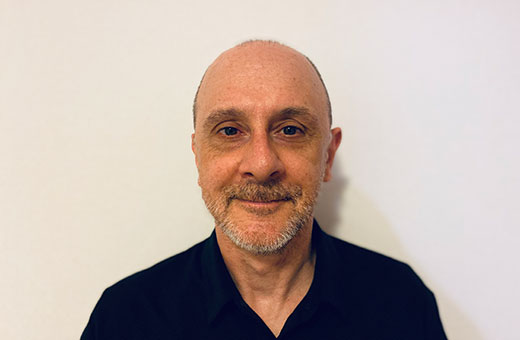 The curtains around the old man’s bed had been drawn since the night before so we knew there was something wrong. I’d had a restless night and woke up from time to time to hear him babbling in his sleep. Just as dawn was breaking, a nurse opened one of the ward blinds and long fingers of light stretched out to the closed bed curtains as if the Lord himself was calling the old man to account. The doctor came. He and the nurse vanished for a while behind the curtains, then reappeared.

“It’s out of my hands now. You know what to do, Nurse Grey,” I heard him say.

So as the others in the ward began to wake, and the nurses started passing out the morning medication, we waited for the priest to arrive.

I was only twenty-three and had never seen anyone pass before, but a friend of mine had worked as a nurse and I know the enductions had freaked her out. She said it wasn’t good to know what was waiting for you at the end. She never told me how many positive transmigrations she’d seen, but I got the impression it wasn’t many.

Being young, I’d never spent much time thinking about my own passing, but those few days in intensive care after the car crash had changed that. I’d lie there at night remembering all the bad things I’d done and imagine this awful feral thing growing inside.

“I hope they bring a big cage. Nothing good will come out of that one,” the man in the next bed said, aiming his words in the direction of the curtained off bed.

“He knows it himself. You weren’t here when Father Donaghy came. You should’ve heard the language he used. Made it clear he didn’t want the Father doing his enduction. It’s his own fault if he refuses to come, and who would the old sod get then? A lot of these young priests only do private work these days,” he said. “Don’t deserve to be called priests.”

Father Donaghy did come. There was a hush when he arrived. A black robe against the whites of the ward, like a crow in winter. The curtains of the bed were drawn apart, and the priest approached the old man.

In the two weeks I’d been on the ward, the old man had only had one visitor—his daughter. She was a middle-aged woman with a defeated look who stared at the floor while the old man threw bucketfuls of abuse at her. He was convinced she was counting the days till he died and she got his money. Not that he looked as if he had any. But one of the nurses who liked to gossip said he was better off than he looked, and that he lived in a big house in Ley Valley. This gave the other patients another reason to dislike him. They discussed with relish what the passing might bring. The sight of a large cage draped in a  white sheet only added to the feeling that the old man was about to get what he deserved.

My father told me about a passing he’d seen once and the description haunted me, particularly during my nights in intensive care. He described a rat-like creature but bigger, with a hideous sore on its side from where a half-formed wing, a mixture of fur and feathers, jutted out and seemed to cause great pain. The creature span around, shrieking and tearing at its skin with its teeth as it tried to get at the wing. I shuddered as I looked at the cage by the bed.

The old man looked like a ghost already, but they’d propped him up on his pillows so he could hear the priest’s words better. As Father Donaghy began to recite from the Book of Angels, he must have realised what was happening because he began to mutter and swear. When the priest paused

for a moment, the old man yelled out “Fuck you Father.”

Father Donaghy was a decent sort. The nurses said he had ‘the calling.’ He had told us that everyone deserved good spiritual care and a decent enduction, so he ignored the abuse and kept going.

“Oh Lord, find a place in heaven for this miserable creature,” he continued, his doleful delivery filling the room, like earth being ladled into a grave.

But then, in the background, the sound of a door opening, footsteps. All heads turned towards a man in a long double-breasted overcoat, carrying a briefcase, who walked towards the bed.

“I’ll take over from here, Father,” the man said.

He opened his briefcase and pulled out some papers that he passed to the priest.

“Everything’s signed and in order.”

The man looked about half the age of Father Donaghy. He had a suntan and a fixed smile that made me think he was a lawyer.

The Father looked at the younger man.

“I hope you know what you’re doing. You’re dealing with someone’s soul here.”

“Oh, I know what I’m doing, Father, believe me,” the man replied.

He removed his overcoat, offering it to one of the nurses as if she were a waitress at an expensive restaurant. Underneath was a black silk cassock that shimmered in the morning sun. His eyes took in the ward then he gave a little bow.

“Shall we begin,” he announced, then turned back to the bed. He opened his own copy of the Book of Angels and began to read as the old man looked on, now meek as a lamb.

We watched and listened, the nurses, Father Donaghy too, as the younger priest began to recite. At first, his delivery sounded unnatural, affected, and I heard more than one grunt of disapproval from those watching. But the more I listened to the rise and fall, the rolled ‘r’s, the rhythm, the more I began to hear a music in the younger priest’s voice, and the words that had meant almost  nothing when Father Donaghy read them now began to speak directly to something that stirred inside my heart.

The old man began to groan in pain. A nurse unbuttoned his pyjama top and pulled it back over his shoulders. The shape of his ribs became increasingly clear as they stretched and pushed against his translucent skin. The priest began to chant the line from the Book of Angels, “Oh Lord, release me from the prison of my self,” gesturing for us all to join in. Our voices filled the ward, becoming increasingly louder to drown out the awful noise as the old man’s rib cage split in two and tore through his skin.

The priest leaned towards the bloody hole in the man’s chest. The volume of his voice fell and the words became inaudible as he began to whisper.

Then a gasp went round the ward as the white head of a bird poked out from the hollow where the old man’s heart used to be. The priest stood back from the bed and a dove, fully formed, white as snow and unstained by the blood, hopped out and skipped onto the ruins of the old man’s ribs.

We watched, our mouths as open as the hole in the old man’s chest.

“The window,” the priest said. “Open the window.”  A nurse ran, reaching it just in time as the dove leapt from the wreckage of the old man and flew straight towards the light. Some of the staff and more able bodied patients made a rush for the window and I followed to watch something most had only heard about—a man’s soul ascending to heaven.

When attention finally returned to the bed, it had been curtained off and the priest was nowhere to be seen. Father Donaghy had disappeared too. In the silence that followed, a jaundiced looking man on a drip called out “Where’s the justice?” No one answered.

For the rest of that day, the smiles of the doctors  and nurses seemed more forced than usual, the banter between staff and patient noticeably absent. The visitors came and listened as the patients talked in low voices of what they had seen.

The old man’s daughter came to collect his things and weep. He hadn’t wanted her at his passing. The nurse with the big mouth told us later he’d left her nothing: it had all gone on his enduction. The house in Ley Valley too.

“Don’t worry kid,” said the man in the next bed.  “You’re young, you’ve got plenty of time to save for your salvation.”

I got better. I went back to the ward to say hello to the staff and see some of the patients a few weeks later. Father Donaghy was reading to someone.  A nurse told me there had been another positive transmigration on the women’s ward, one that Father Donaghy had presided over. But when I asked around, no-one I spoke to seemed to have actually witnessed it.

I reminded one of the nurses of the old man’s passing. She said we never knew what people were really like until the end. I looked to the bed where he once lay and saw his face full of spite calling his daughter a whore.

Father Donaghy was still reading. “Blessed are the pure in spirit for they shall see God.” The patient he was reading to looked up at me. It was the jaundiced man on the drip who had asked where the justice was. He looked sicker now. The priest stopped reading for a moment. I nodded at the sick man. I was sure he knew who I was, but he looked straight through me, then turned back to the priest. “Go on Father,” he said, “keep reading.”