Oakeshott’s antlers extend further every day. Every morning he looks in the mirror, trying not to jag the glass. Soon his head will be too heavy to hold up, the antlers will drag his neck against his own body, he will scrape the floor to smithereens; soon he will be a burden. Oakeshott hears the discussions his son has with his daughter-in-law: assisted living, nursing homes, the ghetto where he will stop at long last before the grave. No other animal suffers as we do. 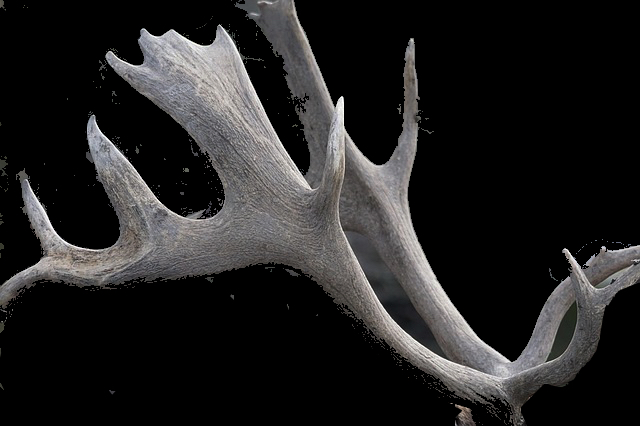 When he walks out on the streets, nobody even glances at him. They are too busy with their own antlers: filing, decorating, clashing. There are people in town with antlers far heavier than his, they crawl along the street like slugs, as if the antlers were leading them rather than the proper way around. People pay them no attention: what sort of attention would you pay? This is what happens to us all.

Perhaps it’s a complaint against civilization; perhaps in the past, people did not live long enough for their antlers to become such a – a curse, say it, a curse. Surely science will tell us, given time, but not in time for him.

The latest trend is antler extensions: he sees young men and women all the time with antlers far too large and light to be real. Or perhaps they are real, perhaps he is misremembering his own time, when Friday night was for fighting and Saturday night for making up.

When he was a young man, people used to comment favourably on his antlers – and bear in mind that this was the old days, when people did not call attention to their horns by hanging them with gold – and he would be talked about. He couldn’t deny that his antlers had been magnificent, more like a crown than a skull, curling towards the sky like smoke. He was too old now to be ashamed of his younger self’s behaviour, even though he had spent a few nights in the local cells while the blood dried on his shirt front.

Today he staggers towards the town centre, taking care to tip his head to young mothers, but not to tip too far. He dreads the first fall, the fall that tells everybody he is no longer – what do they say these days, no longer fit for purpose? His only purpose today is to reach the town centre, and then to rest his head against one of the few staging posts that remain. Every year the council seems to cut more of them down, as if they were trees in late winter, as if nobody would notice.

Of course the council – and the cutters – are all young, or younger than him, and none stop for a second to think about those whose antlers are no longer a blessing, but a burden. Think about those who cannot be expected to make their way without somewhere to rest. No, of course. Do not think. Just cut down those posts for the fire.

Cutting is inconceivable. Why would we not have antlers? Antlers such as his are the mark of wisdom, or some other nonsense. Elders should hold their heads high if they want respect, not resort to the saw. What would people say if one morning they saw him walking down the street, his forehead stumped and polished? What, indeed.

Whispers. Laughter. Looks. Young men and women at the bus stop chatting to each other, silenced when he joins them. Mothers and fathers steering hard across the road before he sees them. The very young pointing at him vigorously in shop queues, in post offices.

Would that be any worse than this, he wonders, as he leans his head against a post near the entrance to the shopping centre. His neck screeches with relief, he massages it with his left hand while checking the watch on his right. The lines on his knuckles, the fingernails like hooves, the trembling grip: he can stand these things. He closes his eyes for a moment. He can stand these things. The moment passes and he rears back his head, stiffens his spine and enters through the glass doors. Behind him, somebody shouts out, easy there grandpa! You’ll have someone’s eye out with those!

The day passes him by. Coffee at his usual restaurant, sitting to one side, leaning against the wall, watching the people. Somehow the heaviness of his head seems to lift after lunch, as he browses in the bookstore and amongst the hardware, not really looking for anything. Well: looking for something, in the pages and power tools. Be honest with yourself, at least, he tells himself when he finally reaches home. He glares at himself in the mirror, as if daring his reflection to clash with him, but his glares are wasted, and anyway he is tired of fighting himself.

He was a working man, a proud man, and there’s still work in him; still pride in him. He has been forced into a category without being consulted.

He has a newspaper clipping from late last year: Possible Advance in Antler Reduction. Scientists cautiously optimistic that experimental treatment may yield positive results. Tests on goats suggest new drug may reverse growth by as much as 60%. It’ll be too late for him, by the time they reach the market. Always too late. He glares at himself in the mirror again, and then just laughs. The clipping finds a home in the waste bin, amongst the old razors and wadded tissues and various pastes to be applied at the base of the antlers daily.

You can’t rely on anybody else in this world, he reflects. He’s glad his wife died before she had a chance to see him like this, and he doesn’t blame his son. Half his friends are gone, and the other half stagger under the weight of their own antlers. He takes one last look at himself: the ivory-white spirals that were once nut-brown, the blunted tips tapping against the cabinet as he turns to leave. He is a baroque masterpiece, hacksaw in hand, descending slowly from upstairs as if he were arriving at a masked ball, the other guests gasping as he comes fully into view.

There is a photo of his wife on the wall beside the door. He stops in front of it and smiles at her too. He wishes she was here, not to witness what he is about to do, but to dance with him. They loved to dance all night, locking horns, taking care not to damage each other. Taking care of each other. He takes the photo down and carries it with him to the back door, to the yard, where he props it up against the water butt.

He kneels down. He’s heard the horror stories, of course – the botch jobs, the accidental deaths – but he is not a child, and horror stories stopped scaring him long ago. Who benefits from telling those tales? The people who don’t have to live inside them, that’s who, and to hell with those people. He apologises to his wife for swearing, unsure whether he was speaking out loud. He bends his head low to the ground, gently resting there.

You served me well, he tells them as he takes them firmly in one hand, but your time is done. I don’t care what people will say, or what they will do. I don’t care if they arrest me, question me, make an example of me. The only thing I have to say to them is this, and he shifts his grip to make sure as he presses the hacksaw against the antler. The noise is like granite being attacked by a cheese grater, as horrific as the stories say, but it’s just a noise. It might wake the neighbours but he’s already wide awake.

The antler weakens at the point of contact. He tugs at it gently, feeling it give way, presses the blade harder to the task, feels it bite and bite and bite. There is no pain. It’s almost impossible to get a good angle here, despite his younger years in carpentry, hard to keep the rhythm. There is no pain. The last few strokes of the saw are harder than the first, simply because he is tired, but suddenly it’s done. He nearly falls to one side with surprise, and because the weight is gone. He stays on his knees to look at the bit of bone that has come away, the beginning of the final chapter in a book that he will finish by dawn. 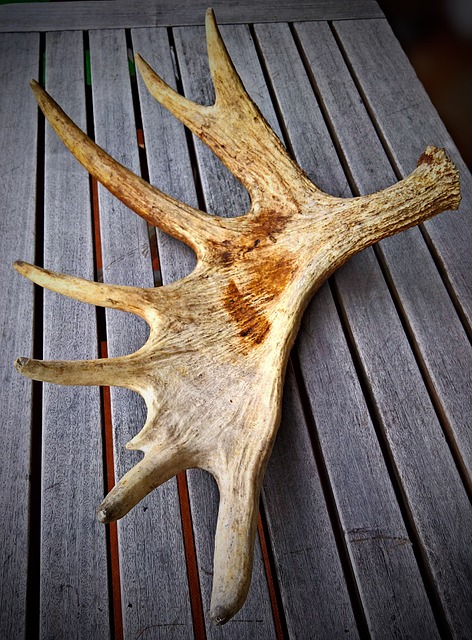 This is how he’s always done it. When he’s reading a book – crime, thriller, it doesn’t matter – he skips to the end to see how things turn out. His son used to ask him why he spoiled it like that, and he never had a satisfactory answer until now. He knows how this ends: it ends with him waking in the morning, careful not to cut himself when he rubs his head in disbelief. It ends with him walking down the street as a free man, a working man, a proud man. Perhaps he is still carrying the hacksaw, and watching the people that he meets shy away from him as if he were planning to attack them, to take their antlers too.

They’re scared, these people, but not of him: they’re scared of somebody who has skipped to the end of the book to see how things really turn out. What kind of world is this, he laughs to his wife, what kind of wonderful world? These will make for fine decorations come Christmas, he tells her as he lifts the hacksaw to finish the job.