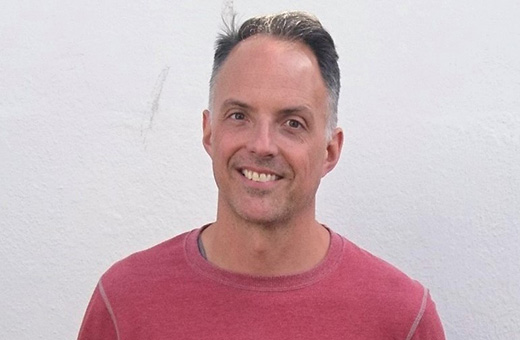 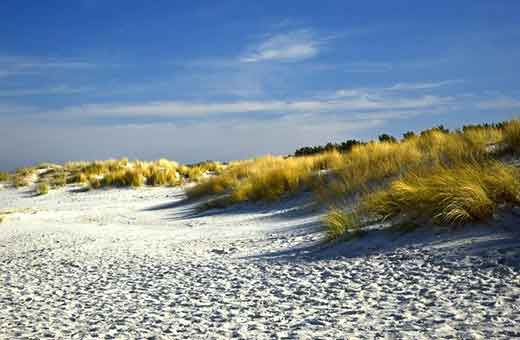 Sam pulls on my hand, attempting to heave my body up from where I sit dozing on the dunes. ‘We’ve found a dragon!’ he says.

I trot after him as he races across the wet sand, sending seagulls flapping and squawking in the midsummer light. People say the eternal day makes up for three months of polar night but I disagree. The darkness gets inside you and no amount of sunlight can wash it clean.

Close to the waves, teenagers crowd in a circle. Peering over the back of a head, I see a boy and girl of about fifteen hard at work with spades, to chants of ‘Dig!’. They’ve opened a pit a few metres wide, but their bodies block my view of what’s in it. On the other side of the circle stand Ada’s boy and girl, tanned and rangy with long, matted hair. Their favourite pastimes are burning down trees and barbecuing squirrels.

The boy with the spade steps back to get his breath and I see into the pit. From the sand protrudes the corner of a corroded metal box, embedded at an angle. The top is flat and there’s a big opening on the side. A couple of metres are exposed each way, but the box clearly goes much wider and deeper.

‘Get away from that!’ I shout.

Feral faces peer at me, brows knitted, and for a moment the chanting stops. Then the faces turn back and the chorus of ‘Dig!’ continues.

Thankfully, the thing is way too big to unearth in half an hour. The tide will rise and undo their work.

The girl spits on the sand and the boy glares. They slouch away, towards the dunes.

Sam ignores me. He’s leaning on the shoulder of an older boy and gazing into the hole.

‘Come on,’ I say, and do what I’ve always promised I’d never do. I grip my son by the wrist and yank. He shrieks and stumbles but rights himself quickly, keen not to look a sissy.

We walk in silence and he does not hold my hand. Away from the sea, there is not a breath of air. My ears fill with the rush of distant waves and the song of cicadas and the drumming of our feet on the dry earth.

Sam whacks the ground with a stick. ‘Why didn’t you want us to dig up the dragon?’

I grew up believing that honesty was the best policy; that as long as you explain what’s happening and why, people will understand. That went out the window when Mia got sick and I told him she’d get better. When she died, I said she’d gone south in a canoe to find our cousins and would be back when he was a man. The lies weren’t for him; they were for me.

‘Because those things have sharp edges. And there are no such things as dragons.’

‘What was it then?’ His eyes shine, desperate to understand how the world works. He’ll find out eventually. He’s already stopped asking about his mum.

I pick up a stone and throw it in the bushes. ‘I’ll tell you when you’re old enough to understand.’

Ada is out the front, wearing a loose yellow dress, her long, supple hands plucking weeds from her strawberries. On the small patch of land in front of her house, she has fifteen types of vegetable and three types of bird. Plants and animals grow non-stop this time of the year, with the heat and the rain and the twenty-four hour daylight. The dunes are disappearing under a creeping carpet of grass and the bamboo is edging towards the houses. I develop vegetation control strategies for our village council whilst fantasising about waking up to find a jungle in the living room.

‘Hot again,’ she says, wiping her brow with the back of her hand. I try not to imagine her body brushing against the inside of her dress or the weight of her breath on the skin of my neck. ‘You coming tonight?’

I think of her kids, burning trees and hanging crosses in the forest. ‘Sorry. Report to write.’

She runs up to me and presses a peach into my hand.

As Sam and I walk through the self-seeded thicket in our front garden, I take a bite, and the fragrant juice spills down my chin and onto my shirt. Sam jumps up and down so I hand him the fruit but he drops it on the earth before getting it in his mouth.

Just as no one here has a perfect set of teeth, no family is whole. In our house, we have three generations of men but no women. Ada next door has her mum and two teenage kids who eat squirrels.

Dad hobbles into the living room, muttering, as I sit at the table, penning a Strategy Paper on reducing bamboo activity.

He pulls out a chair and sits down with a clatter. I feel his eyes burning into me but refuse to look up.

‘Pleased with yourself?’ he says.

‘Evening, Dad,’ I say, continuing to write about the rate of bamboo growth. He sighs and I put down my pen.

‘So you’ve told Sam about Geedeepee?’ He runs a hand across his cheek and I hear the bristle of three-day stubble.

‘I haven’t told him anything.’

‘He came running into the garden prattling on about cars. Said they were like dragons but faster.’

He raises his eyebrows. 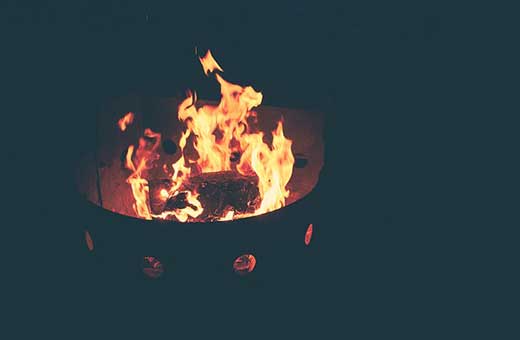 We sit on rush mats around the fire pit in the evening sun, the air heavy with the scent of birch sap and roasting vegetables. It’s hot but the flames keep the mosquitoes away. There are five families tonight and Sam and I sit next to Ada and her kids, Erik and Kaia, who, as usual, are head to toe in black. Dad has stayed at home. He says he’s got no appetite.

We eat hungrily; tomatoes and courgettes and sweet potato and freshly-shucked peas.

‘You coming back tomorrow, Sam?’ says Erik, in a suspiciously matey voice, running his wolftooth necklace through his fingers.

Sam throws a fist into the air. ‘Yeah!’ he says.

‘Why not?’ Sam puts on a stroppy voice and crosses his arms.

‘Because your dad’s scared of Geedeepee, Sam,’ says Kaia. Catlike, she lies on her side, head propped on a hand.

Ada shakes her head and rolls her eyes.

I take a deep breath. I no longer care how much he knows. And talking about Geedeepee will not bring him to life. Geedeepee does not exist.

‘Geedeepee was a pagan god. People used to believe he’d protect them if they burnt stuff, and the more they burnt, the bigger he’d get. The thing you found on the beach was a kind of box they used to sit in and there was a fire inside that made it move. The world got hotter and hotter until it was hard to breathe, but they thought things would get better if only they fed Geedeepee enough. So they carried on burning until nothing was left, not even their homes.’

Erik squats in front of me, lips pared, eyes boring into mine. His breath smells of rotting flesh. ‘That is bullshit. Geedepee is alive. You’d see him if you could open your tiny mind and believe. He used to make people fly. They could skate across the water without lifting a finger. They could get to the other side of this island on wheels in ten minutes. People used to control the trees, not let the trees control them. Geedeepee is everywhere. He could lift you up and smash you into that fire right now if he wanted to.’ He whacks a fist into his open palm.

‘Erik!’ Ada leaps to her feet. ‘That is enough. You do not speak to neighbours like that. Now say sorry!’

With one final glare, Erik tears his eyes from mine. He and Kaia slope away, towards the forest.

Sam sits in my lap, sucking his thumb, and cuddles into me.

‘I’m so sorry!’ says Ada. ‘I don’t know where they got it from. I’ve never told them. They’ve become a bit obsessed. It’s been hard for them, since they lost their dad.’

For a while, the three of us gaze into the fire, while the other families talk and laugh and eat. Someone has got out a pipe and is playing a squeaky version of an ancient pop song.

Sam takes his thumb from his mouth and clambers off my lap. ‘What if we burnt down the forest!’ he says, giggling, his face red with fire. ‘We could skate across the water! We could fly like seagulls! Geedeepee! Geedeepee! Geedeepee!’ he chants, jumping up and down. The woman to the right glares.

Arms crossed, Sam slumps to the ground with his back to us. I try to meet Ada’s eye but she’s gazing at the forest.

After a while, Sam turns to me and says, ‘Why did they believe in Geedeepee?’

I think of Erik’s face, teeth bared; the conviction in his voice. ‘No one really knows, but maybe… maybe you just have to believe in something. And sometimes the bigger the lie, the more it promises, the easier it is to believe.’

Sam’s brow crumples as he considers this. ‘Like dragons?’

I awake to the sound of crackling. Smoke catches at the back of my throat. I jump to my feet and race into Sam’s bedroom. He’s not there. I run around the house but he is nowhere.

I find Dad, coughing, leaning over the kitchen table. I put an arm around him and together we hobble out.

The trees in the front garden are alive with fire, red and orange and white flames leaping high into the night. Ada and her kids and mum stand there, staring.

‘Sam?’ I shout, into the blinding sunlight. ‘Sam!’ I don’t know where to go; where to check first. I can’t speak; can’t think.

As the flames begin to lick the roof of our house I see him, my boy. He stands in the middle of the burning trees, gazing into the fiery light and mouthing one word, over and over again.

Chris Williams is a Brighton-based interpreter, psychotherapist and active travel campaigner. His short stories have appeared in anthologies by Leaf  Books and Momaya Press and he is working on a darkly comedic novel that explores the social and economic tensions of a rapidly-gentrifying London neighbourhood.