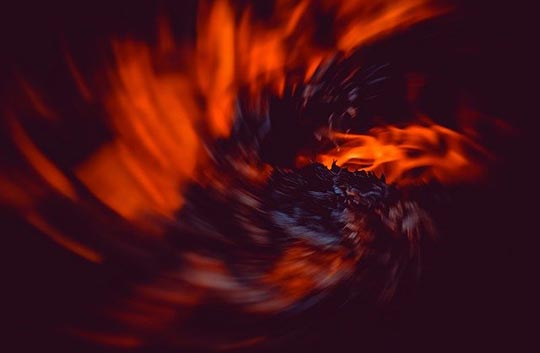 Sneaking around the forest was a merciless, murderous beast. When the sun falls, she would gobble you up and rip the flesh from your bones. She had scales of lava. Her eyes were like withering pools of anger. Her teeth were dark crescent moons. Her name was Fire and she was about to attack the village.

But in the village there lived a victorious warrior with the strength of a bear. Her name was Star. Her sword was a shark’s tooth. Her hair was as bright as the sun. Her armour was as silver as the stars. That night, Star and the rest of the villagers were happily dancing in the village hall when shadow bled into shadow and thumping noises could be heard from outside.

‘Ahh a monster,’ someone cried.

But Star was too busy showing off her dance moves. She could do a backflip into a kick into the splits – it really was amazing.

Finally a lady screamed, ‘Staaaaaar!’ It was her mother who was also unaware of the beast. ‘Dinner’s ready, dear.’

This caught Star’s attention and she stopped dancing and finally noticed the shadow of the beast outside.

She grabbed her sword which was glimmering in the night.

‘Find a safe place to hide,’ she told the villagers. ‘I’ve got this!’

The crowd froze. The air went cold. Star sprang into action and defeated Fire with her shark tooth sword and her awesome dance moves.

‘I will always protect you,’ Star shouted bravely and they celebrated by dancing all night long.

Scarlett Gregory is eight years old and lives with her family in Devon.

For the first tine in five years, TSS is currently accepting submissions from children ages 6 – 18. Read more and enter your own story. Accepted writers are paid £15 via PayPal.

Older readers and writers may be interested in the Cambridge Short Story Prize 2020 (prize fund of £2,350) which is currently open to submissions.