Daphne Du Maurier’s (1907-1989) novels have often been described in terms of the gothic genre.  Much of her work has a penchant for the macabre, twisted, slightly sinister or menacing, as well as a general sense that women are often attracted to a dangerous male figure.  Rebecca (1938, Victor Gollancz) features an older male whom has dispatched with his first, errant and sexually transgressive wife; Frenchman’s Creek (1941, Victor Gollancz) features a noble woman in love with a pirate, and so on. 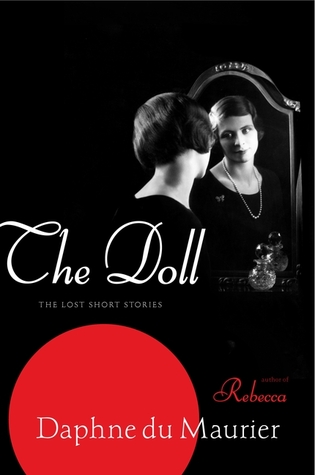 I was interested to read her first, earliest short stories, put together in one collection in 2011 by Virago Press under the name The Doll, to see if these themes started early in her writing career.  What I found was an even more, surprisingly disturbing, selection of stories featuring not so much the gothic genre, but a deep-seated hint at a dark side to sexuality, incest and complex father/daughter relationships.

The stories here give a startling portrayal of the thoughts and issues which must have troubled du Maurier’s young mind, especially when you consider she was just nineteen years old when she wrote the title story to this collection.

Much of the stories within The Doll were written when du Maurier had finally fled to Fowey to write at the age of twenty two.  She had long since expressed her desire to stay on the coast of Cornwall after the summers she spent there, but her domineering and often obsessive father insisted she return to the family home in London.

It is interesting, then, that the title story is a tale of obsession.  It features a young woman seemingly in love with a mechanical doll with the name Julio, and the male narrator of the story is obsessed with this young woman, yet can’t understand what her relationship with the doll is.  The name ‘Julio’ is reminiscent of du Marurier’s novel Julius, (2013, Little, Brown) the title being the name of the father in her infamous novel who holds an incestuous and murderous desire for his own daughter.  The novel was published just five years after ‘The Doll’ short story was written.

The male narrator refers to the doll’s ‘red wet lips’, an eerie echo mirrored in du Maurier’s own memoir, Myself When Young, (2013, Little, Brown), whereby she refers to stolen kisses with her cousin Geoffrey, twenty-two years older than her and already married twice.  What is even more disturbing is that within the memoir, she claims that ‘The strange thing is it’s so like kissing D[addy]’. 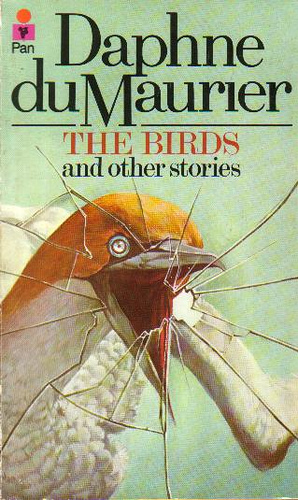 It has been reported in various biographies that du Maurier’s father, Gerald, held an obsessive love for his daughter, often resulting in drunken rages where he laid accusations onto her, causing her much anxiety, aided further by her mother Muriel’s compliance over her husband’s many affairs, and her general ambivalence to the young Daphne.  In Myself When Young, du Maurier stated that ‘The child destined to be a writer is vulnerable to every wind that blows’, and her stormy upbringing between these two parents can clearly be seen to have affected and infected these stories, as well as laying the foundations for her later novels.

Within ‘The Doll’, something as simple as a plaything is exposed as being vulgar and shameful, perhaps an echo of du Maurier’s own sensibility at discovering sexual pleasure (Introduction to The Doll, Samson P, 2010).  This shameful expression of female sexuality is repeated in such novels as I’ll Never be Young Again, (2005, Virago Modern Classics), and more famously, in the portrayal of Max De Winter’s first wife in Rebecca.

The whole collection has stories which contain elements which feature in her later novels, such as fanatical love for an unattainable woman and sexual shame.

‘Tame Cat’ features a pubescent girl excited to be returning home from school to her mother, whom she feels this year will welcome her company as an equal.  She anticipates attending parties and social gatherings together, feeling she will finally be proud of her.  What she finds instead is that her mother appears shocked when she sees the changes in her daughter, causing the reader to realise that her mother sees her, instead of a companion, as a rival to the mother’s ageing looks.  A line delivered by an acquaintance, ‘You’re getting more like your mother every day.  Isn’t it wonderful for you both’, comes out almost menacingly to the ears of them both.

In a further dark twist of the story, and to make matters worse for the protagonist daughter, the mother’s long-term male partner begins to make moves on the girl, taking her out behind the mother’s back, the girl being too innocent to see that he isn’t simply being kindly towards her.  He makes clear by the end of the story that he intends to ‘share’ himself between both mother and daughter, to the daughter’s horror, further reinforcing the mother’s fear that she is going to be usurped by her young daughter.  Far from protecting the girl, when she discovers an outing they’ve taken, she blames the daughter rather than her partner.

Another disturbing, uncomfortable story within this collection is ‘East Wind’, written again when du Maurier was just nineteen.  It is a story of a ‘despoiling’, but this time of a strange island cut off from the mainland where the small number of inbred inhabitants have lived quite simply, almost like children.  The arrival of a brig full of sailors from the mainland, blown in by the east wind, awakens lust in Jane, wife of Guthrie.  The sexual arousal she experiences for the first time causes her to be violently punished by the end of the story.

Turning briefly to another collection, Don’t Look Now, (2006, Penguin Classics), whose title story is back to a macabre and gothic style that we know and love from du Maurier, one story within this collection struck me as being perhaps a further follow on from the earlier Doll collection. 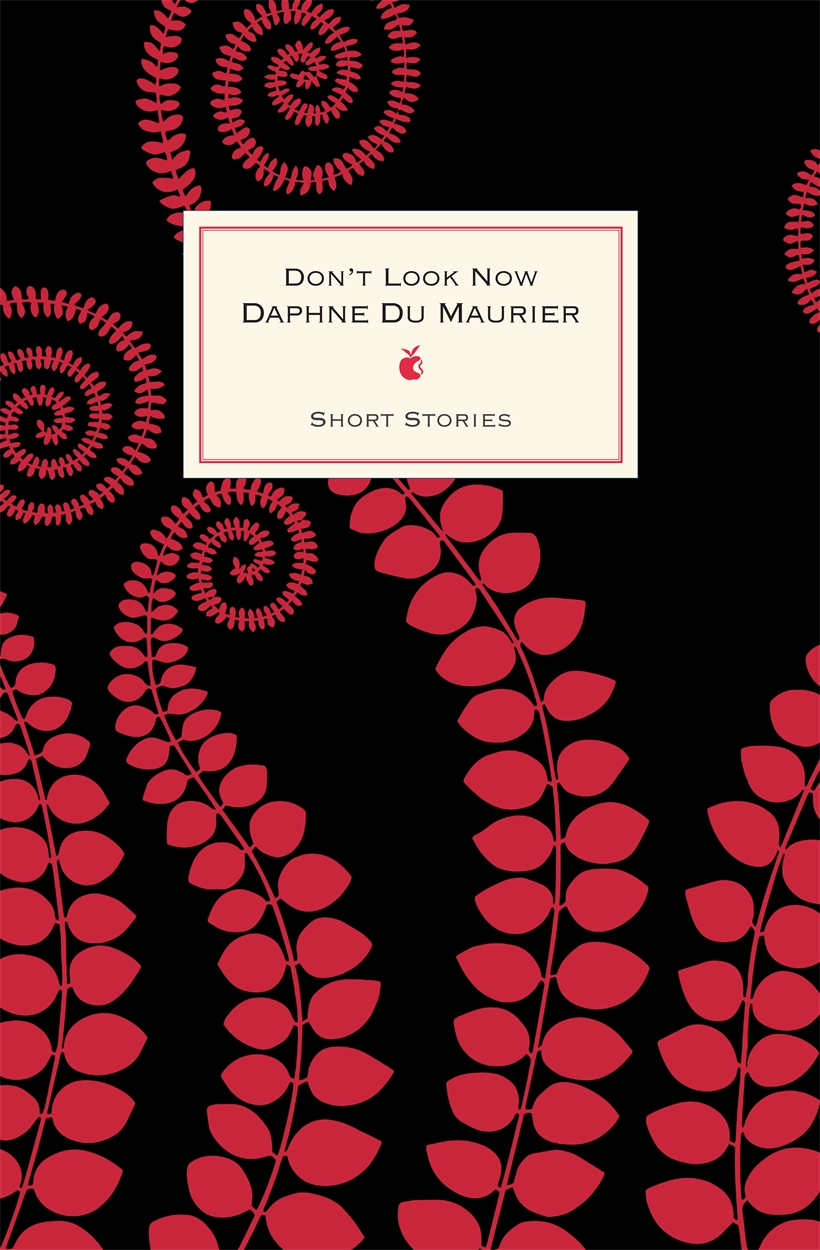 ‘A Border-Line Case’, written in 1971, features a young woman of nineteen, who is at her father’s deathbed when he seemingly looks at her as though seeing her for the first time, almost as though dying of shock at that very moment of recognition.  She is appalled, and wonders what could have triggered such a reaction, returning to the photograph album they had been looking at together before his demise.  She decides to trace the young man who was best man at her parents’ wedding, and whom her father confessed to wishing to visit and make amends to after a falling out.  She travels to Ireland and finds a strangely exciting, complex male character, Nick, who lives on a small island apart from the mainland.

Rather than telling him who she is or why she’s there, she instead gets to know him and finds herself inexplicably falling for him in a way she hasn’t experienced before, despite the age difference.  They begin a brief sexual affair, and when he shows her the shady, dangerous business he is involved in, rather than being put off, she finds herself thrilled at the prospect of spending time with him, welcoming the danger and excitement. Again, this is reminiscent of the dangerous men of her novels.  She is a young actress about to play the dual part of Viola/Cesario in a production of Twelfth Night, and he tells her he, too, played the part many years ago.  He further tells her she reminds him of someone, but can’t recall who.

When he sends her away, she is disappointed, and never gets the chance to divulge the reason for her visit, or her true name.  Returning to her acting, she receives a letter from Nick, wishing her well, and enclosing a photograph of himself at her age, playing the same part, and revealing he has finally realised whom she reminded him of: himself at that age.  Her shocked realisation of the horror of what she’s done is delivered beautifully at the end of the story.

In short, du Maurier’s short stories do not disappoint.  From the outset, they clearly express a sense of foreboding, or warning possibly, of the dangers of women’s sexual shame, of the types of men that they attract or are drawn to, and the complex nature of male/female relationships.  They also have a dark sense of the dangers of obsession in various guises, and easily show how she went on to become one of our most popular novelists.

Kate Jones is a freelance writer based in the North of England and has published features, reviews and essays in various places online includingThresholds, The State of the Arts, The Real Story and Skirt Collective. She has a passion for the short form, and has published many of her own flash fictions in places such as Spelk, Firefly, SickLit and Café Aphra, as well as winning the quarterly Flash500competition and three times winner of AdHoc Fiction. Her writing has been nominated for a Pushcart Prize.

We run on love and coffee. Help support TSS Publishing and our coffee addiction by donating here.