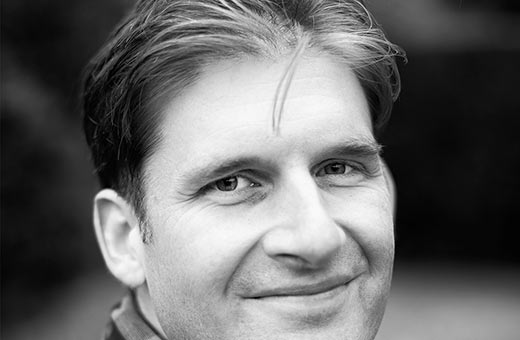 On your website you say, “I write about absurd, futuristic and fantastical things colliding with everyday life” – where do your ideas come from? And what draws you into a particular idea that allows you to build a narrative around it?

My ideas come from lots of different places. Occasionally, they’ll just pop into my head, but mostly I have to go and find them. I often look for story ideas by combining two or more unrelated/incongruous things – these could come from anywhere: exhibitions, films, adverts, articles, conversations, life experiences, daydreaming, night dreaming, and my own obsessions and interests. Once an idea has sparked in my head, I look for interesting conflict opportunities within the set up.

From your two collections, Instruction Manual For Swallowing and The Stone Thrower do you have a favourite story. If so, why?

I’m very fond of The 40-Litre Monkey, because it was the first story I had published, after many years of rejections. But I’m most proud of the title story from The Stone Thrower, because it’s the one that most closely resembles my intent for the story before I started writing it. I worked so damn hard on that story. When I began it, I was invited to read at The Kikinda Short Story Festival in Serbia, and they had a very strict word limit for readings. Most of my stories were too long, so I needed to write something new. I had to cut the length of The Stone Thrower by 50%, which was excruciating, and meant I had to keep cutting stuff that I desperately wanted to keep in. But the experience was such a good lesson in economy – the most important skill in story writing.

Which books/writers excite you or have inspired you?

When I was a kid, I loved Maurice Sendak and Roald Dahl most of all, and those guys are still a big influence on me. Later in life, Haruki Murakami, Kafka, Will Self, William Burroughs and JG Ballard all changed my trajectory in some way. Right now, I get most excited when Karen Russell and George Saunders have something new out. But film has always been as big an influence on my writing. I grew up watching sci-fi B movies and horror – Godzilla and David Cronenberg made a major contribution to the writer I am today. I worked in the film industry for a few years after I dropped out of film school, and got to watch a lot of commercials and music videos by Michel Gondry, Spike Jonze and Chris Cunningham. When I started writing, I wanted to do on the page what they do on the screen.

Can you remember: 1. When you first wanted to write. 2. The first story you wrote that made you think, I’m quite good at this. 3. The most exciting moment in your writing career to date.

I’ve always loved writing and wrote lots of fantasy stories as a young kid just because I loved making stuff up. When I was older, I really wanted to be a filmmaker, but after a couple of years of working in film in my early twenties, and wrestling with a feature script I was writing, I had an epiphany – I was looking at a scene I was working on and thought, I’m never going to get the funding to make this movie, and even if I did get it, and even if it were within my capabilities to get this scene anywhere close to the way it looks in my head, there are a dozen hurdles to get over, and a dozen gatekeepers to get past before this story will reach an audience; but I realised that if I wrote it as fiction, I had absolute control over everything, didn’t need a budget, didn’t need anyone’s permission. I could just write the thing and then people could read it. It was a breakthrough moment for me, and it felt like it had been under my nose my whole life and I’d not noticed it before.

When I started out writing, I mistakenly thought everything I wrote was genius. I couldn’t understand why it was being rejected all over the place. It was only once I started to actually get a little bit of skill that I realised what crap it was. I’m always trying to write something better than the story I wrote before, and sometimes there are moments when I think, hey, I’ve done it. But then when I look back on it a year later, all I see are the mistakes. I think it’s a healthy thing though. Better to be full of self-doubt than have any kind of ego about what you’re doing. A sense of self-importance is the most destructive quality an artist can have.

I’ve been lucky to have lots of exciting moments. All in different ways, so there’s no most exciting moment. But being shortlisted for the Sunday Times EFG award and attending the fancy prize-giving event felt great. As did winning the Arts Foundation Short Story fellowship. Last year, my story The 40-Litre Monkeywas chosen for the Penguin Book of the British Short Story, which was a huge honour. Awards and publications and recognition are thrilling of course. But I get most excited about unexpected opportunities that come from writing. I’ve done a lot of ‘science into fiction’ story commissions for Comma Press, where I’ve got to hang out with some amazing scientists including a guy who studies exploding stars, a sleep engineer, a geneticist who does cloning experiments, and a particle physicist from CERN. Oooh, and I love it when I get to travel for writing gigs – I was hugely lucky last year and got taken to Beijing by the British Council for a festival. It all sounds amazing when I think about the high-points like this, but these moments are separated by months of banging my head against the table, and doubt and insecurity about what I’m doing, mixed with the odd breakthrough moment where everything falls into place somehow and I create something that I feel excited about putting out in the world.

Five of your short stories appeared as fifteen minute readings on BBC Radio 4 Extra. What are your thoughts on the relationship between words on the page and words as read aloud?

Short stories are more and more becoming a performance art. There are so many great events around now – especially WordFactory, at Waterstones Piccadilly. I love listening to fiction, and always have an audiobook on the go. And when I’m writing, I always read my stuff out loud for the last few drafts, knowing that there’s a good chance I’ll be performing it at some point.

The short story is often seen as ‘good training’ for working towards writing longer works. Do you agree with this stance?

I partly agree with that. The best way to learn (anything) is to experiment, make a lot of mistakes, and learn from each of your iterations. With short stories, you get to make a lot of mistakes quickly and test out your new learnings. Learning by writing a novel means you have to wait a lot longer to see whether it worked and to get any kind of useful feedback from the world. So progress is slower. BUT, there are lots of skills required for novel writing that you cannot get from short stories – juggling multiple story lines and developing long character arcs are obvious examples. But most of all, I think it’d be awful if people really did think about short stories just as training before they move on. If short stories were regarded and rewarded by the wider world in the way that novels are, then maybe more writers would keep writing them and get really good and we’d have lots more knockout short stories. Saying that, I don’t believe you can only get good at writing short stories by being a specialist and refusing to write in other forms. Whenever you write in another form, you develop new skills you can transfer across to different forms. Some of my favourite writers (Haruki Murakami, JG Ballard, Karen Russell) do/did both, consistently bouncing between the two.

Do you have plans for a novel/are you working on a novel?

Yes, I am working on a novel. But I have no plans to abandon the short story – I’ve taken on a few story commissions while writing this book, and have plans for a future collection too.

Can writing be taught?

Of course. Anything that can be learnt can be taught. But, writing involves learning dozens of individual skills, which must be practised over hundreds of thousands of words before they become unconscious – only when a writer employs these skills in a story without thinking about them can he or she focus on the most important thing – entertaining a reader with their own idiosyncratic view of the world.

A lot of people write as a hobby – what do you do when not writing?

I read, I walk – I like to get out in nature as often as possible, I drink wine and cook and chat with my partner, I go to galleries, exhibitions, music events and whatnot. I love going to the cinema – right now I’m really excited about seeing Anomalisa, which just came out – I’m a big Charlie Kaufman fan. I love to eat. At the moment I’m super-curious about Japanese cooking, and I’ve bought a couple of books with a plan to start learning some basics.

Adam Marek is an award-winning short story writer. He won the 2011 Arts Foundation Short Story Fellowship, and was shortlisted for the inaugural Sunday Times EFG Short Story Award and the Edge Hill Short Story Prize. His stories have appeared on BBC Radio 4, and in many magazines and anthologies, including Prospect and The Sunday Times Magazine, and The Penguin Book of the British Short Story. His short story collections The Stone Thrower and Instruction Manual for Swallowing are published in the UK by Comma Press, and in North America by ECW Press. Visit Adam online at www.adammarek.co.uk

Paul Hague lives in Cambridge and works in publishing. He studied for an MA in Writing at the University of Warwick and now spends much of his free time writing – except for when distracted by guitars, art and whisky. His reading pile usually contains short story collections, the odd graphic novel, and twentieth century American literature.