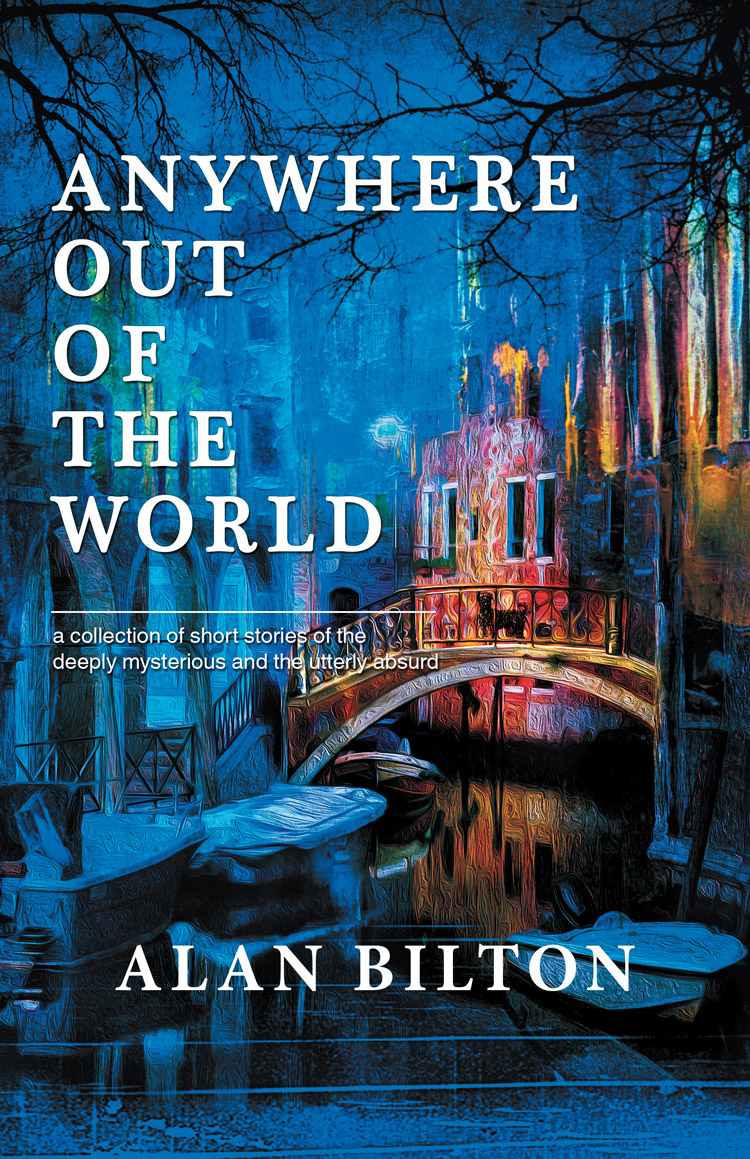 Hi Alan, thank you for speaking to us about your new short story collection Anywhere Out of this World. The title is borrowed form Baudelaire – could you tell us a little bit more about it and also touch upon any other influences in the collection?

The title is indeed filched from Baudelaire, but comes via a wonderful painting by Chagall, in which the top of the artist’s head blows off, flying away over a distinctly Russian – albeit oddly vertical – horizon. Both painting and poem seem to express a sense of estrangement and loss, somewhere between ‘there must be more to life than this’ and ‘where on earth am I?’, a longing to be somewhere else, accompanied by a fear that one is drifting further and further away: not so much ‘there’s no place like home’ as ‘there is no home’. These feelings – rather than intellectual ideas – are at the heart of the book.

Many of the short stores are strange, almost absurd pieces, and yet there is the feel of an overarching design to the book as a whole – did you have a particular structure in mind as you were working on bringing the short stories together?

The stories were written over a more or less six year period, connected by that dreamlike sense of being lost, memorably described by Kafka as ‘sea-sickness on dry land’.  When I collected them up it soon became apparent that there were all kinds of recurrent motifs and phrases – which is a nice way of saying that when your imagination gets stuck in a certain groove, it’s very difficult to get out of it – another anxiety dream, perhaps. My editors at Cillian suggested the idea of linking several some of the stories and characters, so I put up a little more scaffolding and tried to see what shape I might come up with. My great idea was that the book should be like some kind of crooked house or funfair labyrinth, with secret passages between the stories, odd trap doors and concealed doors. The idea was that one false move might take the characters from one tale to another – a single stumble and the scenery would start to give way. The idea that reality is not as stable or reliable as we might like is at the heart of the collection – although it might also be a way to escape the mundane, who knows? 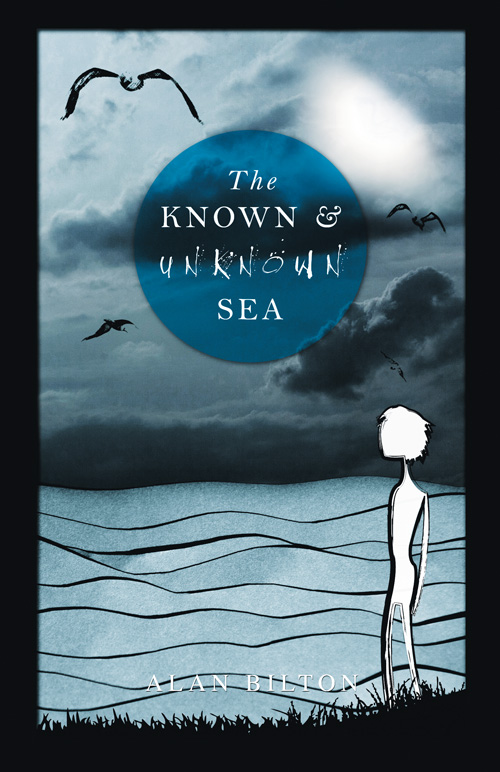 You’ve previously written novels – what drew you to the short form in this instance?

I wrote pretty much half of the stories between The Sleepwalkers’ Ball and The Known and Unknown Sea, and half after. The pleasures and benefits of the short form are pretty obvious – you get to fashion a finished object or world in an agreeably short time, and this ‘thing’ can be defined by a single idea or mood. A lot of novel writing is a mixture of time-tabling and architecture – making sure that your created world will bear the reader’s weight – but short stories can do without that, to a certain extent. It’s also true that dreamlike absurdity is a dish best served in fairly small portions – surrealism, like tickling, can start off fun but soon get tiring for all concerned.

Did you find the process any different and were there any surprising challenges along the way?

The problem with short stories is that you’re always starting – and the start is the hardest bit. With a novel you reach a certain point where you can look back at what you’ve built and let out a sigh of satisfaction at the thought of all the difficult work under your belt. Short stories don’t allow you to rest in the same way; they’re more like a darkened passageway where your lantern only lets you see so far – and much more disconcerting because of this. It’s also much more unforgiving form – novels permit all sorts of longuers and temporary slumps, but a short story has to remain vivid throughout. You get to cut out some of the dull work of simply moving people around (like a bus company) but the pay-off is that everything needs to be channelled toward a single point.

You work at Swansea University and I wonder how this might have affected your approach to writing.

I taught literature and film long before I was ever published, and at times you can see the link, while at other times they seem very distant. My PhD was on Don DeLillo, whose milieu and sensibility is very different to my own. On the other hand I’ve also published a great deal on silent film comedy, and ideas of slapstick and comic absurdity are very close to my heart. Much of Anywhere Out of the World can be seen to take place in some lost black and white universe full of cartoon characters falling over: the trick is to find the right verbal gag to replace the visual one. Although I work at a University, and my natural bent is toward the experimental or non-realistic, I don’t in any way see my writing as over intellectual or a kind of dry academic exercise. Rather I’m drawn toward those modes – comedy, horror, dreams – which seem to short circuit the rational or logical parts of our brain, taking us instead to something much simpler and more direct.

Returning to the short story collection, there is an idiosyncratic style that pervades the book as a whole – phrases (‘What can you do?’) and character ticks that recur. What was the purpose behind these iterations and repetitions? 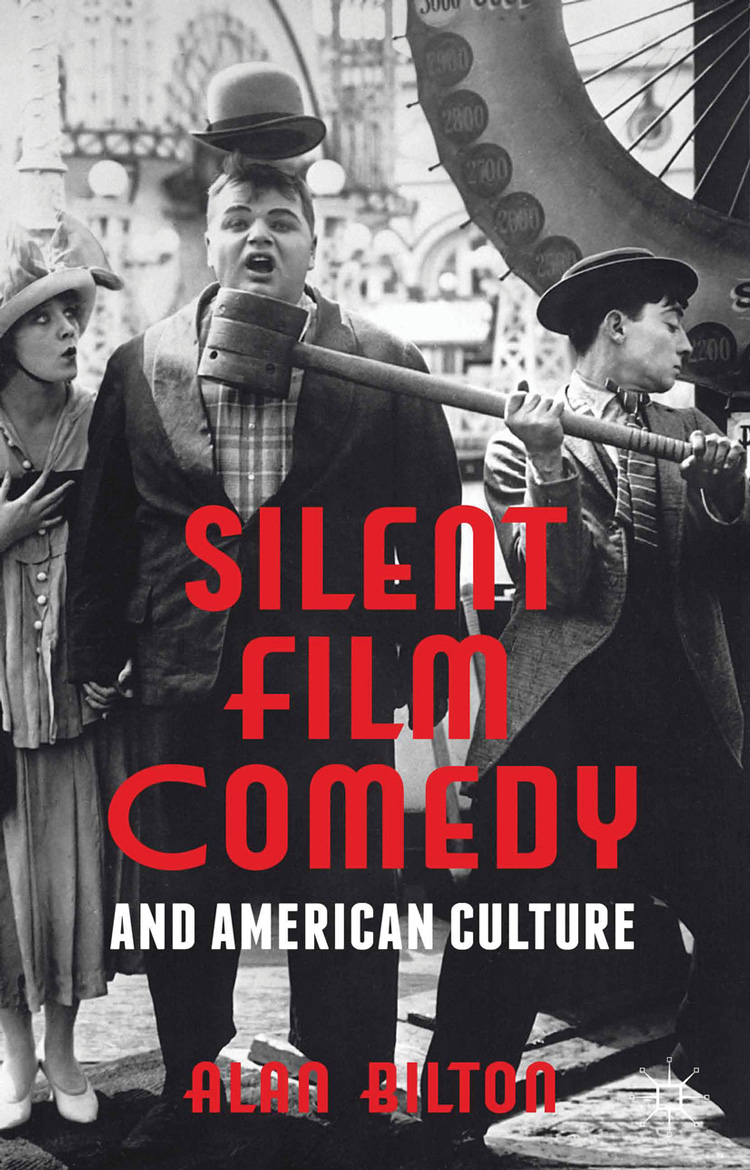 The colour blue seems especially important in several of the short stories (and is the main colour for the cover) – could you delve into that a little for us?

According to Milan Kundera, blue is the colour of ‘non-being’, and therefore the opposite of the material world. Blue – the sky, the sea, the horizon – stands what can’t be held in our hands or placed in a handy bucket. Whatever is blue in the stories tends to be at the furthest point from the mundane or every-day, where our perception of real things blurs into what we imagine might be out there. This blue could be a kind of vision or just a trick of the light, but it’s the opposite of weight, mass and bulk. Blue is the point at which gravity starts to fail us.

Which short story do you most enjoy and why?

Like most world class athletes, I’ve got a certain preferred distance and speed. Generally the longer pieces are my favourites, because the world seems much more inked in. Of the shorter pieces, my editor hated ‘Execution of an Orchestra’ and wanted to drop it, but it’s probably my favourite, just because of the clarity of the idea. It almost seemed to write itself.

There is a tremendous sense of fun that flies across the page – were these short stories as fun to write as they are to read?

Writing is pretty much the greatest pleasure one can have in a seated position, and I rarely suffer from writer’s angst when I’m underway. Generally speaking, each day is a desperate search for stolen time in which I can write – I’m so thankful to find a quiet hour that I don’t have time to get stuck or bogged down with the thing itself. Of all the stories, only ‘The Alphabet’s Shadow’ took a long time to finish. For some reason I had to repeatedly put it down, do something else, and then start again. All the other stories were written consecutively, but this one haunted me for years – I’m not sure why. 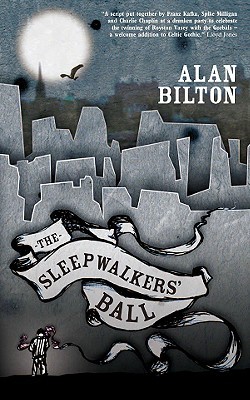 Thinking of writing more generally, was this something you always wanted to do and at what age did you begin to take the craft seriously enough to consider publishing?

As a kid I lived much more in my imagination than the real world, and at school, writing was pretty much the only thing I was good at. At times, writing seems embarrassingly similar to all those days spent scribbling away at my stories and comics when a little kid: an abdication of responsibility. My first novel, The Sleepwalkers’ Ball, took me seven years to write, although I did write a book on contemporary American writers and edit a three volume selection of pieces from the 20s during the same period. Sleepwalkers’ Ball was the first imaginative work I ever had published.

What’s the best piece of writing advice you’ve received and what would you say to others looking to get their short stories published?

There’s a great quote by Vladimir Nabakov which goes something like “just when the author sits down to write, the monster of grim common sense will lumber up the steps.” The idea that what you’re doing is infantile, pointless, a waste of precious time, can be awfully crippling. It’s easy to think ‘oh, what’s the point, nobody will ever read this, I’ll never write like X’ and so on and so on. The important thing is to write for pleasure and to dream imaginatively, employing creative muscles you’re very rarely called on to use in daily life. So much of life is essentially functional and ends-orientated, a case of ticking boxes, and in such a world, making stuff up can seem like a pretty ridiculous activity. You need to allow yourself to day-dream, to ponder, to invent, no matter how crazy or seemingly impractical the results. Not everything can be quantified. Don’t trust the algorithm. You have to believe that you’re making something worthwhile – that’s the first step. Of course, as screenwriter Andrew Davies says, you also need to be both the artist and the gallery owner – and that’s pretty good advice too.

Alan Bilton teaches literature, film, and creative writing at Swansea University. He is the author of two novels, The Known and Unknown Sea (2014), and The Sleepwalkers’ Ball (Alcemi, 2009). He is also the author of books on Silent Film Comedy (Silent Film Comedy and American Culture, Macmillan, 2013), Contemporary Fiction, (An Introduction to Contemporary American Fiction, Edinburgh University Press, 2002)  and co-editor of America in the 1920s (Helm, 2004). His essays, reviews and fiction have appeared in the New Welsh Review, Planet, The Lonely Crowd, The Journal of American Studies, The F. Scott Fitzgerald Review and elsewhere, as well as the anthologies, Sing Sorrow Sorrow (Seren, 2010) and A Flock of Shadows (Parthian, 2013). More can be found out at Alan’s website here.

Anywhere Out of This World can be purchased here.