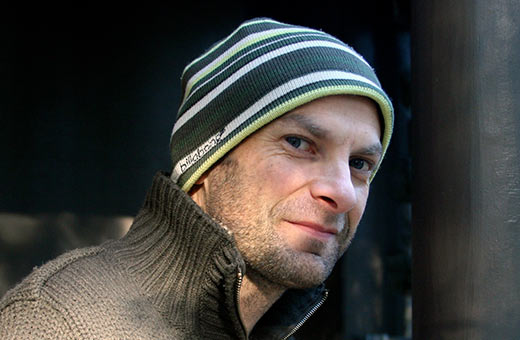 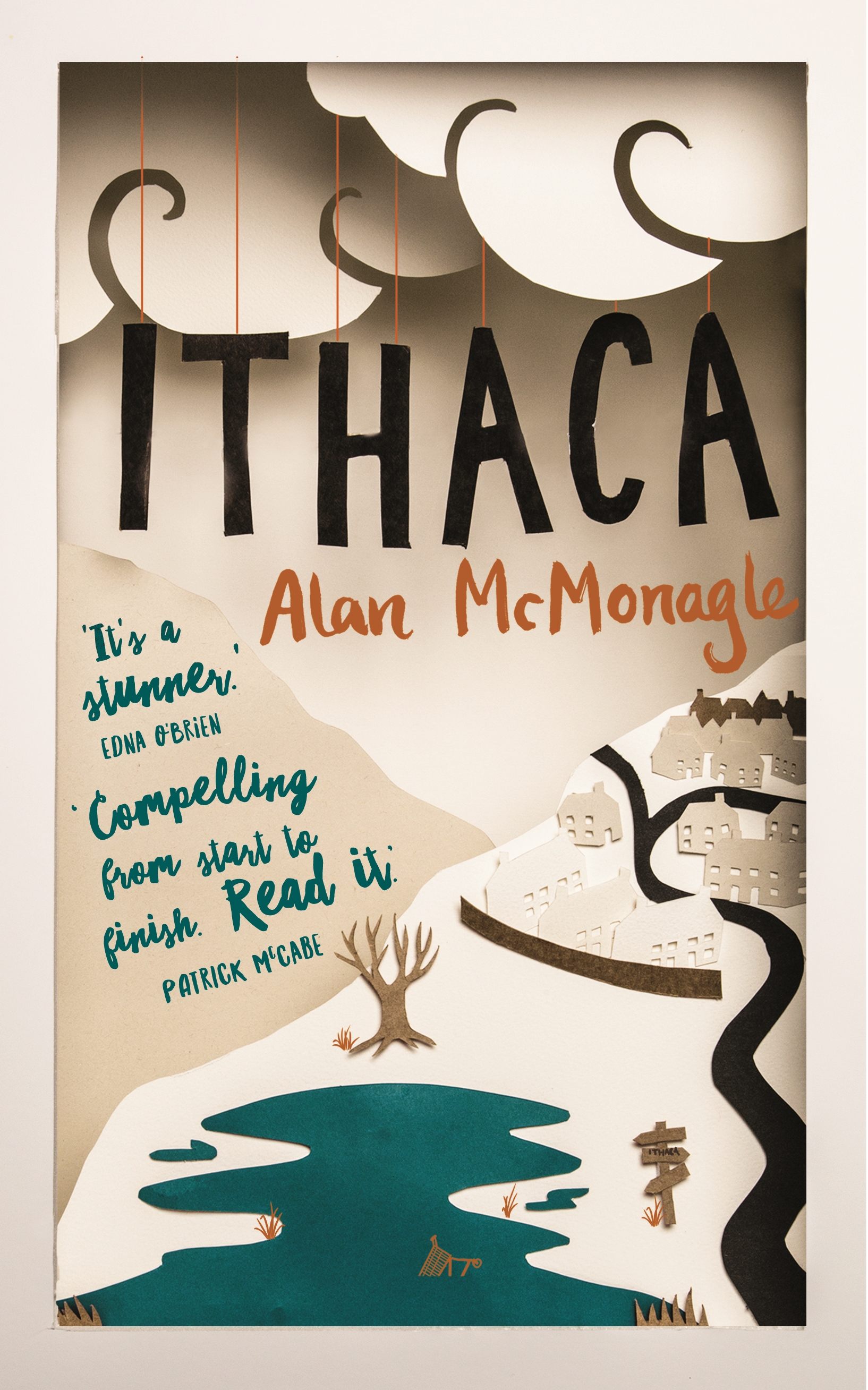 Alan, your work spans short and long fiction, poetry and drama (radio plays). Do you have a favourite form and how does each genre inform the other, if at all?

I am, by turn, a reluctant, plodding, spontaneous, instinctive writer. And so, I have a feeling that my favourite genre is the one I am not currently immersed in. Because I go where my energies decree, whatever I am currently working on tends to involve me completely. At various points in my writing life to date I have felt I could happily while away my days nudging along a multitude of short stories. Or tinkering with a piece of radio drama. Or waiting for the image that will complete a poem began years ago. Ideas beget ideas I find. One short story can provide a spark for another. And having come up for air after a couple of years immersed in my first novel, I find that I would like to take a decent stab at another novel. And another. And another.

As for the various genres informing each other, ten years ago I was lucky enough to do the MA in Writing at NUI, Galway. You could sample writing modules in everything from hard-news journalism to poetry. At the end of it all a poem is a poem; a story is a story; and, until it lands on the stage, a piece of drama conveys purely through dialogue (spoken and unspoken). That said, because some of my short stories contain a lot of dialogue I often finish a story and am asking myself can it be adapted. (I have adapted two recent stories into radio plays, for example.) Also, I try to be brief and I suppose this is partly how some of my poems arrive. For a spell, cutting lines I found more enjoyable than accumulating paragraphs (which is why my longer fiction spent quite a while dwelling in the backwaters of my imagination…) Ultimately, it is story I am attracted to, and how story arrives will usually influence its final shape – be it short fiction, novel, or piece of drama. Naturally, thematic considerations overlap, and more intriguingly perhaps, also the elements – narrative, dialogue, imagery, tone, structure and so on. Right now, I am very much in novel mode.

Tragedy and comedy are often seen as two sides of the same coin. You employ caustic humour. Do you view dark humour as providing a release for readers or heightening impact of a tragic moment? (Or both?)

We laugh and cry at the same things. Humour helps throw into relief moments that are not funny. Beckett does this. The American short story writer Flannery O’Connor does too. And, in my own opinion, the wonderful Amy Hempel short story In The Cemetery Where Al Jolson Is Buried proves that comedy and tragedy run together, co-exist. I don’t think I could set down a story of despair employing a despairing tone. Nor could I write comedy as a relentless seam of gags. I need to find another way in, approach it from an angle (as opposed to tackling the subject matter head on). I think it was John McGahern who said the imagination insists that life be told slant and I am inclined to agree. 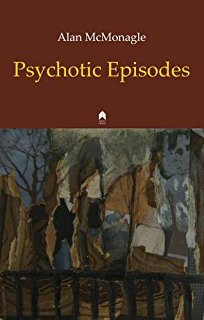 In your second collection, Psychotic Episodes, the mother in ‘Bleeding Boy’ makes lists of places she wants to travel to, while Jason and the girl in Ithaca dream of adventures in exotic locales. How does the idea of dreaming to escape difficult realities play into your work?

Ancient Arabian poetry reckoned there were four great subjects – love, war, music and travel. Plutarch wrote of the Roman fleets and their attitude towards the high-seas adventure they were about to embark upon: to sail is necessary, to live is not. And so, yes, this dream of the faraway and out-of-reach, of escape, is central and pivotal in my own work. My characters need and insist on the distant territories they latch onto and vividly bring to life. In this manner, the mythological and also very real island of Ithaca (with its blue skies and clear waters and white sands and leafy trees) comes to represent a place of escape and light and safety for my troubled young protagonist, everything, if you like, that does not currently exist in his stomping ground. Without this facility for making leaps and conjuring other lives for themselves (stretching reality might be a better way of putting it), I feel that my characters will start to suffer.

You have a great ear for voice, with first person narration and dialogue used to great effect. Do you read your work out loud for rhythm and individualisation of character voice?

I’m an aural learner. I tend to hear things before I see them. As a boy, I remember my old man plonking me in front of the television to watch season after season of those classic gangster flicks and film noirs from the 1930s and 40s. Angels With Dirty Faces. In A Lonely Place. They Live By Night. The grainy, nothing-is-as-it-seems atmosphere of these monochrome offerings, the characters and the language they used put an instant spell on me. Some of my earliest writing involved my own versions of these hardboiled stories. I read aloud all the time. I pace the kitchen I write in. I listen to stories. My immersion is very much aural-based. So, when the time comes, yes, take the rest, but please please please let me keep my ears.

Your prose is punchier than many other contemporary Irish writers with shorter sentences and less description. Previously you’ve mentioned Amy Hempel, Etgar Keret and Lorrie Moore, among others, as influencers. Some of their work is quite brief, falling into flash or micro fiction. Have you ever ventured into that realm?

Well, for me, a story is as short or as long as it needs to be. I have finished stories that are several thousand words long, and also stories that don’t even reach the bottom of the first page. In either case the length was immaterial. Nor do I attach labels to what I’ve done (flash, micro, and so forth). As far as I’m concerned, nudging any given story over the finish line is the real accomplishment (length will take care of itself).

Considering any other writers, who inspires you and what do you admire about their work?

I admire the mordant humour of some of the Russians. Nicolai Gogol and Sergei Dovlatov, for example. I admire the mystery and daring of Flannery O’Connor. The humanity of Raymond Carver (in particular the places he finds it and how he finds it). The anarchic spirit of Flann O’Brien. The less-is-more style of Beckett. I greatly admire the opening gambits Lorrie Moore often deploys in her short stories, so fearless. The sassiness of Grace Paley, Katherine Anne Porter’s sentences, Carson McCullers’ paragraphs, Amy Bender’s imagination, the wonderful Iraqi Hassan Blasim’s courage. There are so many. 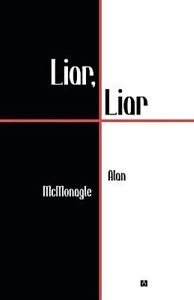 Writing is a long way. You must learn how not to give up. Every day is the first day. Do not open emails or letters that contain good news – it will flood your brain with happy hormones and woe betide the person trying to write effectively in such a state. As none other than Goethe so succinctly puts it: do not hurry, do not rest.

Texts I have repeatedly enjoyed include Becoming A Writer by Dorothea Brande. Reading Like A Writer by Francine Prose (she is great and so well-named).  The Paris Review interview series, many of which are freely available on their website. Oh, and a recent volume I took delight in is The Writing Life by Annie Dillard.

What are you currently working on and/or what’s in the pipeline?

I am muddling through a second novel. I have a draft, but I suspect it needs a lobotomy, and soon. I wish I could finish it tomorrow because I have an idea for another novel. At least I think I do. Also, I’m waiting for word on another radio play. I have a barrelful of short stories in various stages of mismanagement and disorganisation. If I even think about neglecting them in my dreams I will have to wake up and apologize. Otherwise it will get ugly. I know it will…god help me.

Alan McMonagle has published two collections of short stories, Liar Liar (Wordsonthestreet, 2009) and Psychotic Episodes (Arlen House, 2013), both of which were nominated for the Frank O’Connor Award. In 2014, his radio play, Oscar Night, was produced and broadcast as part of RTE’s Drama on One season. His poems and stories have appeared in many journals in Ireland and North America, and he is also a contributor to the anthology Young Irelanders (ed. Dave Lordan, New Island, 2015). Late in 2015, he signed a two-book deal with Picador. Ithaca, his debut novel, appeared in March 2017, and was longlisted for the Desmond Elliott Prize for first novels. It can be purchased direct here.