This is your debut collection, how did it feel to finally publish a body of work all of your own?

Amazing. It still feels amazing. I spent my twenties and early thirties living in constant fear I’d amount to nothing, even though I had so much promise.

The stories move from the ordinary to the surreal but there is a constant that remains throughout the collection and that’s the London setting, how much do the places, people and experiences of the city influence your ideas and storytelling?

London and my life events in it (and other peoples’) influence me and my work all the time. The characters’ lives would be very different if they lived in smaller UK towns. A smaller town usually leads to a more conventional life whereas London gives you so many options it can get quite existential. You can end up choosing nothing. On the other hand you could live in a town of one hundred people and never escape the myriad options of the internet! So really I’m using London as a way of heightening the wonders and problems we face in our twenty-first century ‘option-itis’.

A particular use of the city I liked was in the story ‘The Real Beast’ that shuttles the fairy tale pair of the Beauty and the Beast into the metropolis and gives them the everyday struggles of the modern couple – what was the thinking behind this?

Thank you! My mother was a couples counsellor so I grew up with constant stories of couples who didn’t have the tools or imagination (or the energy) to breathe life back into their marriage after they’d had kids. What’s really tough though is if you married ‘the right choice’ and realise one day that you need something else but you can’t get to that new state without painful shedding of your old life and hurting people along the way. I also love the story of Beauty and the Beast as it’s so old-school romantic – they get to know each other in such a slow, nice way but… he’s the Beast! Every woman secretly wants an element of Beast.

I remember meeting you at borough book bash and talking to you about how your full time job stifled your creativity, there’s certainly a few characters in here that feel the same, how much of you is in these characters? And how did you overcome it to produce OTVCV?

It stifled it until I had a bit of success getting stories published in magazines and got some momentum and felt like I wasn’t a terrible writer. Then I became more nonchalant about using my office time to my advantage. Also when you have a few bosses you don’t like, sometimes the only thing you can do is put them in your book! But as any writer will tell you, it’s about sticking to routine, no matter what. It’s like a sport in that sense. Also it helped to know Chaucer and TS Eliot had day jobs. 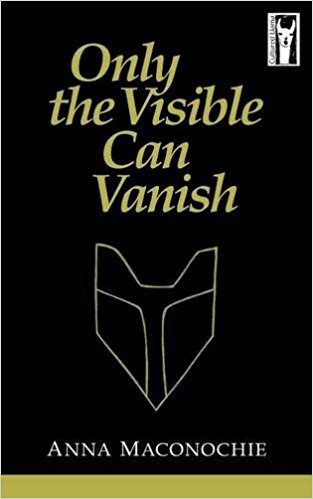 The cover art is rather ambiguous, but after reading I revisited and thought about what I saw in relation to what I had read. Now whenever I look at it I can’t help but see either an empty pair of pants or the outline of a fox’s head, are these fair assumptions?

Yes, fair assumptions! I was going for a fox head, but underwear isn’t out of the question.

I read a review of the collection that argued some of your stories that were perhaps written later on had a more accomplished feel to them and so outshone some earlier pieces. Is it a concern of yours that you can outgrow some of your earlier stories in the process of building a short story collection?

Well, hopefully that means I’m getting better! I hope, if I do another short story collection it will be better than this one. But there are some stories that are good no matter when you come up with them. Others are more B-side. But you’re allowed a B-side on a record. Unless you’re F Scott Fitzgerald and we can’t all be him.

How did you go about the order of the collection? Is there a rhyme or reason to it?

I had to OK the order with my publishers and luckily it was easy to get to an arrangement that we all liked. I wanted to start with something a little on the lighter side so I could build up to the weirder ones – and the sadder ones. I was glad to end with The Rats and the Rabbits which is long, surreal and sad. I also like juxtaposing long and short – although I don’t expect everyone to agree.

The title story is one of the shortest in the collection but its message rings throughout the other stories, did you anchor the rest of the collection around this one knowing it would be the title?

Not at all! I didn’t decide the title for ages. I knew it would be one of the stories but it was hard to choose and in the end a friend and two of her friends weighed in and we discussed it in depth and decided that was the one. You have a point though – if it’s a book about isolation in a big city, that’s the swansong in a way.

The internet and the digitised world are reoccurring themes in your stories, are you critical of their implications on society or are experiences in internet dating for example just good creative fodder?

I think internet dating is ultimately a force for good. Of course there’s the dark side of cyberspace but when you consider in human history most marriages were business arrangements in small towns or villages with many people feeling utterly trapped, choosing a partner online is pretty cosmic in my opinion. Having done quite a bit of it, it amazes me how I can now meet someone for a drink and we don’t have to know anyone in common. It busts your mind open. You learn so much – about yourself, about people. I’m not much of a tech person but I thought there’d be more writers out there writing about the NOW. When else in history have we been able to google our lover and find out she’s married, as Jeremy does? There’s this assumption that anyone who writes about internet dating will be writing their car-crash stories but the reality is far more complex, rich and sometimes banal. In Future Digital I wanted to get across how fifty-fifty Tara felt about Pete after their internet date. An agent told me that writer’s fear their work will sound dated eventually if they mention technology but nothing will stand in the way of a timeless story. And I think Google is going to be around for a while, so you may as well mention it if you want to!

As much as your writing inhabits very much a contemporary world there are also elements of Fantasy and surrealism in Derma , The Real Beast and The Eight in particular, which do you prefer to write or which comes easier to you? the hyper real, or the fantastic?

Gosh I don’t even know those two genres. I’m not even a sci-fi reader. I just have these sci-fi thoughts every so often and having read writers like Miranda July and AM Homes who are not sci-fi writers but have a knack for a bit of surreal other-world stuff I was inspired to weave it in. When I wrote The Eight, I didn’t think about writing a sci-fi story. For me it’s a one-night-stand story about two very different people (using the word ‘people’ liberally here!) colliding. It’s also about hope and being chosen. Martin is such an average Joe and the Eight never reveals why she picked him but that’s the point. He had what she wanted that night. On the other hand, I’m quite excited about the robots. I think about relationships with robots and inanimate objects quite a bit (using the word ‘relationship’ in all meanings here).

What advice would you give to those starting out in short story writing or writing in general? And what knowledge could you pass on for those wanting to get a debut collection together?

Read as many short stories as you can. You don’t have to do a creative writing course. In fact maybe you shouldn’t (I didn’t). I read pretty much all the stories in the New Yorker from 1999 to, well, ongoing, I guess. Plus other collections. If you read thousands of stories you see what’s possible with the genre and what techniques you can use. Like going to a museum and drawing the sculptures over and over if you want to be an artist. And then you realise you don’t have to do anymore as you have something to say your own way. I also suggest taking up a physical sport or hobby. If you can make yourself go running when you don’t want to, you can make yourself write. I’m rarely in the mood to write. I get in the mood halfway through.

Finally, what are you working on at the moment and what are your plans for future projects?

I can’t say at the moment but there will definitely be more short stories. I can’t stay away from them.

Charlie Parry is a digital editorial assistant at HarperCollins and a freelance interviewer and writer with a degree in English Literature and Journalism.