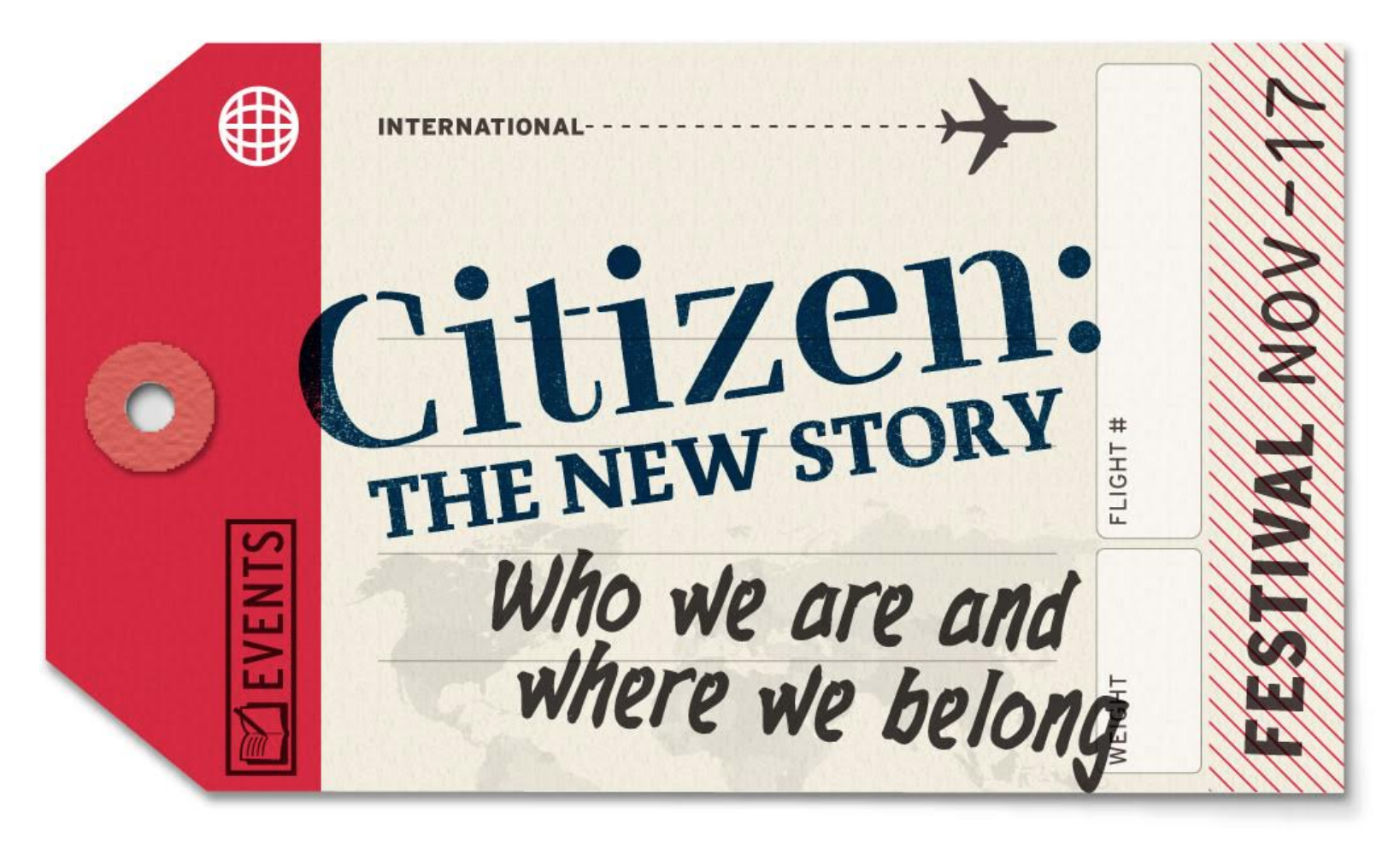 Hi Cathy, thank you for agreeing to this interview, especially at this busy time! Citizen: The New Story, the short story festival taking place mid-November in London, looks an absolute treat for literary lovers and anyone interested in matters of identity and belonging. What more can you tell us?

At the heart of the festival is the question, where do I belong?  We have all asked that question at some time. There’s something visceral and spiritual about our sense of home but where it’s located can be in a multitude of places and communities. In some ways, that’s the modern condition but it’s as if our language hasn’t caught up with these realities. As an example: I’m British born of Irish parentage with children in London and a partner in Cornwall. I’m at home everywhere from Coventry to Connemara and those landscapes inform my creative work. It feels comfortable to think that way. But in recent times, that comfort has been called into question. People are being asked to use a language that captures nothing of the nuance of how lives are really lived: we are leavers or remainers; we are pro or anti; we are citizens of everywhere or nowhere. We hate or we love. We shout but do we listen?

For over thirty years I was a journalist. I guess I still am. The urge to bear witness to the times we are in doesn’t go away. I also identify with writers of fiction and poetry and, at the Word Factory, most particularly with writers of the short story. The festival is an attempt to do three things: open up conversations about issues of identity, nationality and belonging without the noise of anger and fear; bring writers together across the spectrum – from comedians and philosophers, to poets, journalists and fiction writers, to respond to these issues with honesty and imagination; to interact with others who want to join this conversation and may be caught up in terrible events, like the Grenfell Tower disaster – a real challenge to ordinary citizenship in the UK. 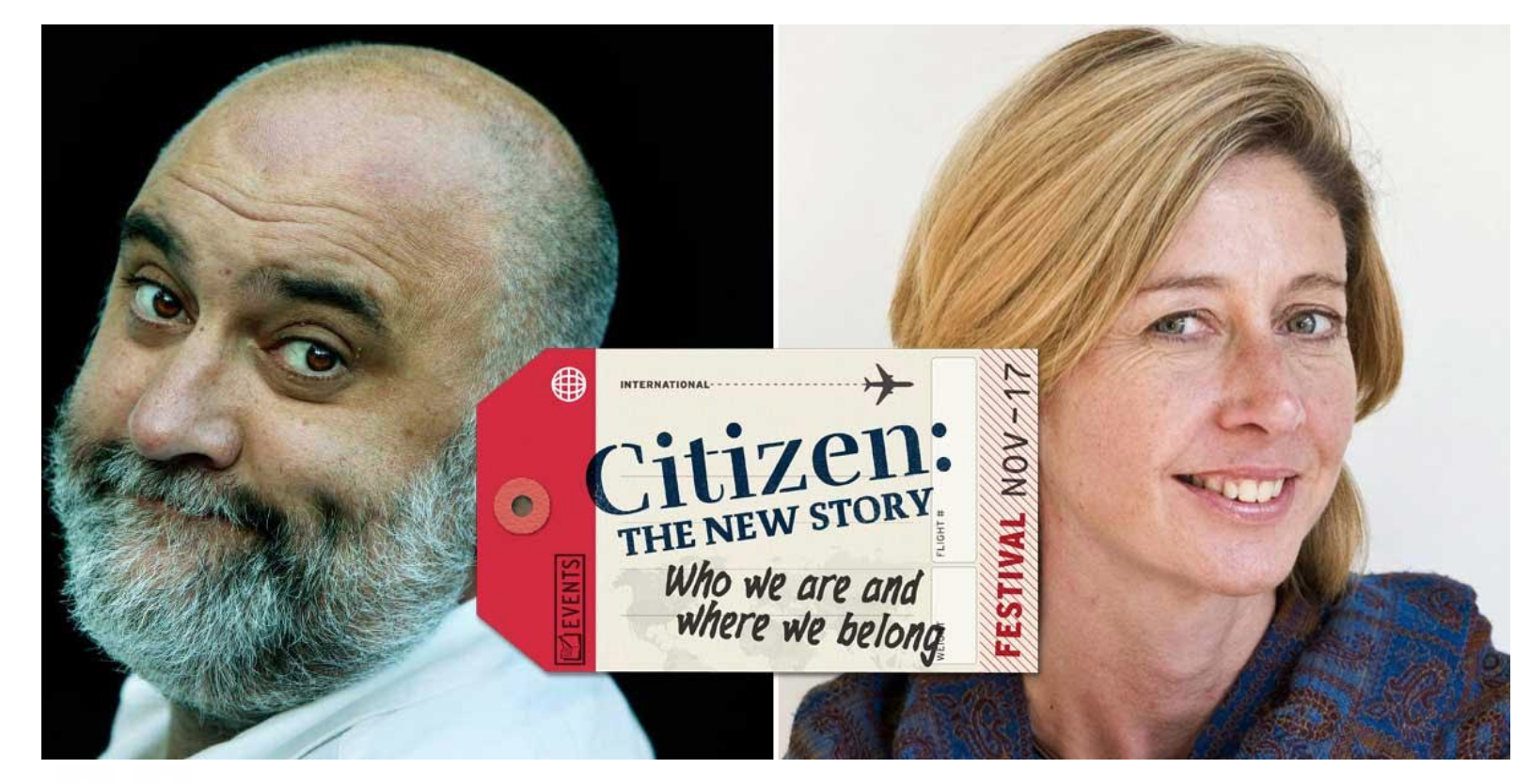 What are you most looking forward to about the Festival?

The loveliest part for me will be conversations and new connections that will form between people attending, participating and helping to put it together.  Imaginations will be sparked and real connections made for the future. I would obviously be glad if many people attended but I will be even happier if those who come have time to pause, reflect and spend time sharing thoughts that mean something to them.

And where to begin? I am touched that residents of the Lancaster West estate where Grenfell Tower is situated disaster will be sharing their experience and work with us. I know the audiences will love two new pieces of work exclusively commissioned by the Word Factory and New Writing North from Lionel Shriver, Alexei Sayle and Ben Myers.  We will also be able to enjoy new work from Maureen Freely, Ben Okri, Andrew Williams and Melissa Fu, thanks to support for the International Literature Showcase. Our English PEN event will have amazing contributions from Anthony Joseph and Preti Taneja.

And then there are the newer voices: young people, some refugees, working with Kate Clanchy and Nikesh Shukla; Citizen flash with Emily Devane, Divya Ghelani and the Word Factory team. A fabulous screening of the award-winning anti-Iraq film, We Are Many, with director Amir Amirani in conversation with Ra Page, publisher at Comma Press and editor of the fabulous short story anthology, Protest. So much to enjoy … 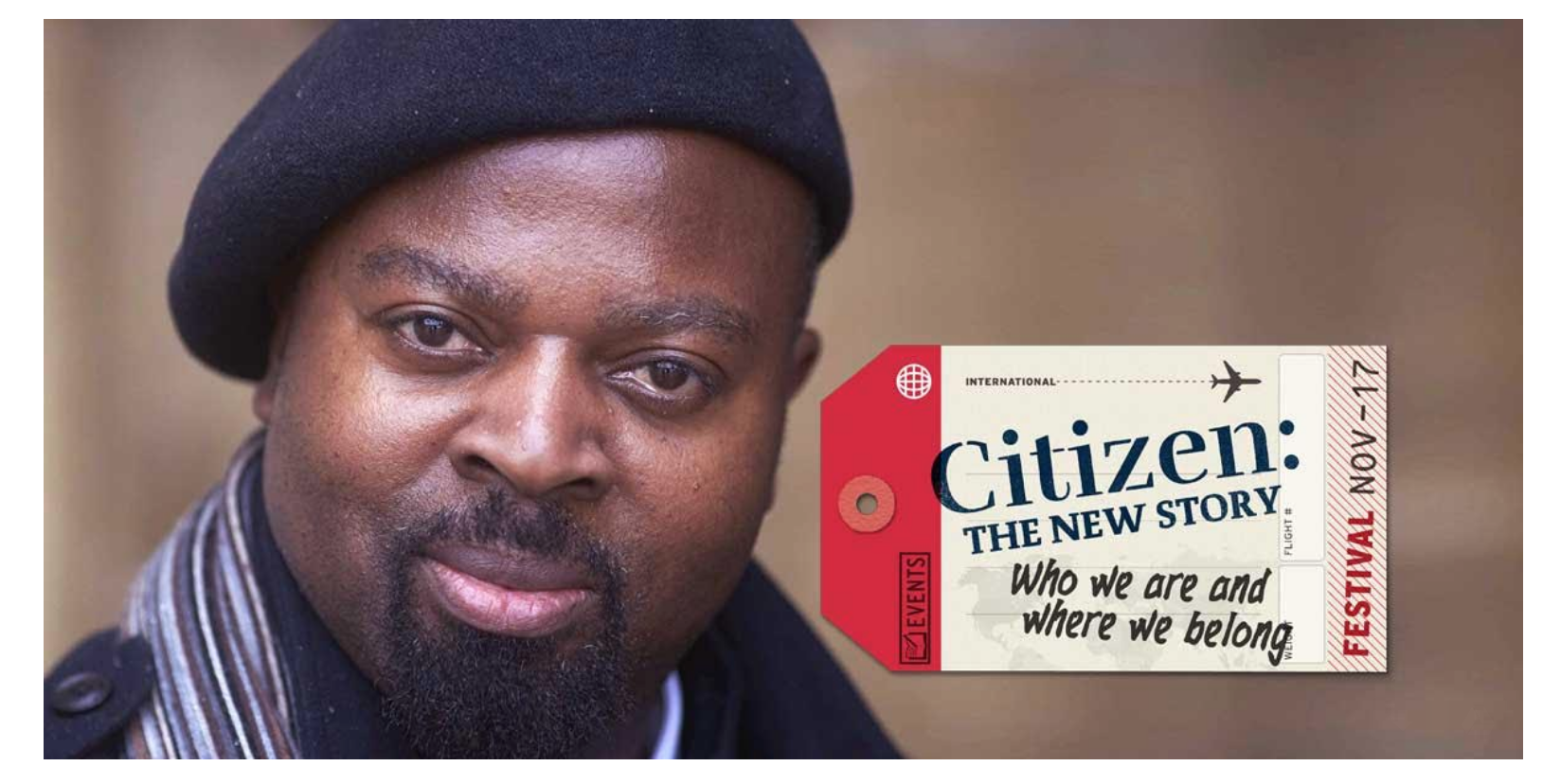 What part do you think literature has to play in these politically charged times?

Literature is an expression of our deepest feelings, imagination and empathy. To write and read is to remember and to create ideas for a new future. Literature no longer exists in an ivory tower. Those of us engaged in making work and performing it are, whether we realise it or not, cultural activists. Words make a difference. Bad words debase us. True words lift us. Word Factory is named as it is because I believe our literature is of direct use in everyday life – and I want to break down any sense of “them and us” iand embrace excellence for the many in our work and this festival. It’s no coincidence that George Orwell’s fiction and essays have enjoyed a recent resurgence. I recently heard the superb Marina Warner talking about making literature relevant at a lecture she gave to members of the Royal Society of Literature. She referred to Seamus Heaney who, in the context of The Troubles in Northern Ireland, talked of the importance of “the grief and not the grievance”. It is the place of literature to bring that humanity into focus. It’s the place of universal suffrage as a citizen – and not electioneering – to place that humanity within our politics and community. 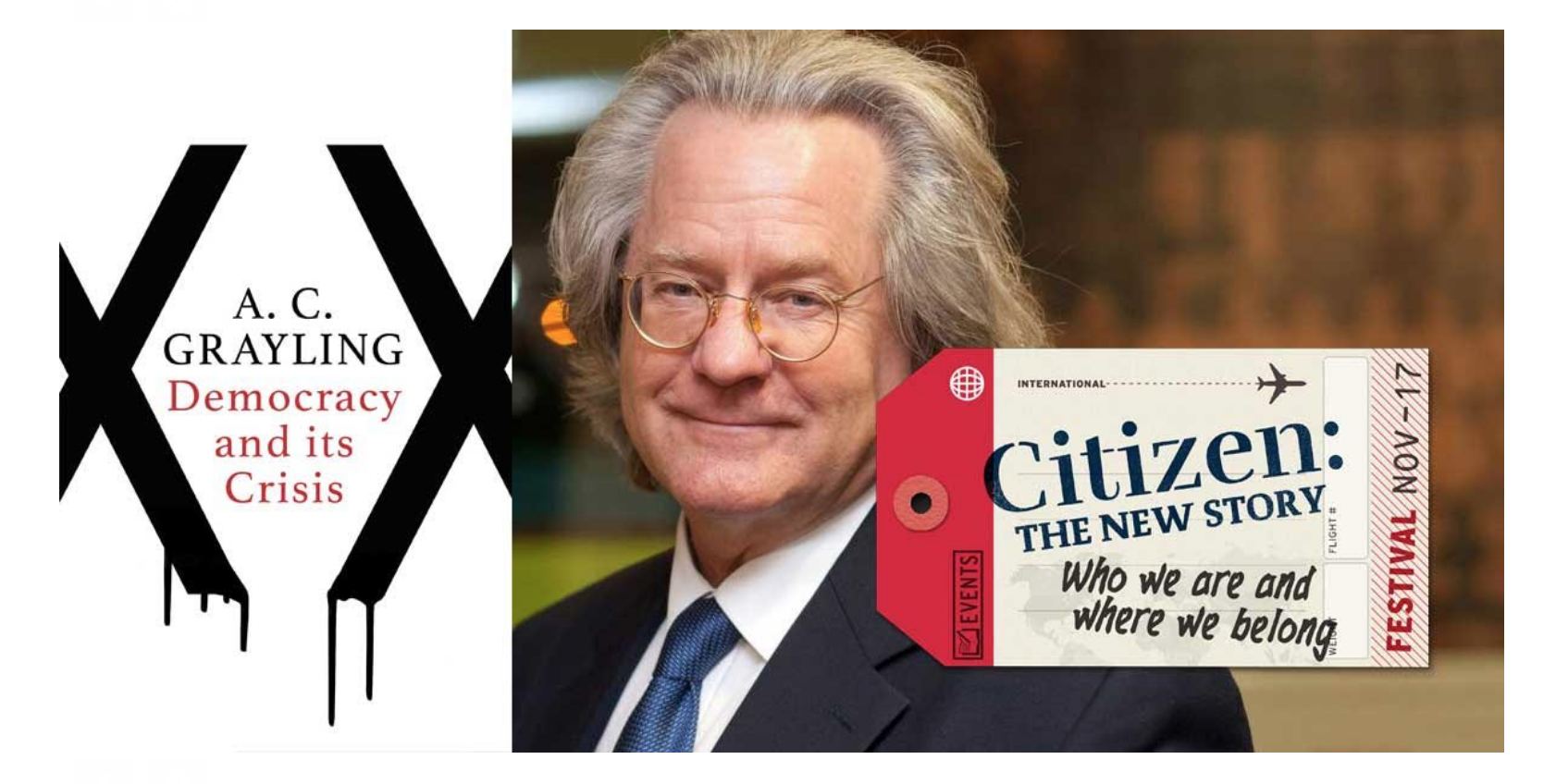 You’re the founder of the Sunday Times EFG short story award and of The Word Factory, a fantastic organisation that champions the short story. In your experience, do you think that short stories have a particularly important place within the writing world as a location for exploration and experimentation, as well as a form which seems to attract narratives about the marginalised?

First, the short story doesn’t need championing. It just is. It’s a great form and it’s very alive. It’s also a great way for writers to learn and share work and for readers to come to an event and here a complete piece of work.

It was wonderful to publish short stories in the Sunday Times Magazine when I was deputy editor there, great to hear them so often of BBCRadio4. It’s wonderful that you can find great stories online, in journals and anthologies and just occasionally a writer will bring a collection out with a major publisher and be paid an astounding amount for them: I am thinking Lionel Shriver and not Tom Hanks.  It’s galling for writers who work so hard to see a celebrity bring out his first collection to such a fanfare .. but his stories aren’t bad.

And yes, I do think short stories are a place of experimentation and that’s something I want to explore next year at the Word Factory. I love work that crosses forms .. are David Vann’s novels really novellas? Is much of Ali Smith’s work fiction or essay? Does Jessica Greengrass write philosophy? What is the extraordinary Irenosen Okojie going to do next?

Ra Page of Comma Press has argued the short story form” has evolved to priortise the non-heroes, the disenfranchised, the “submerged” (as Frank O’Connor would say).

Any final plugs you would like to give for the festival?

Current offers: buy any ticket and you are entitled to bring a story of 3000 words or under for me to read with a view to potential publication  or performance at the WF in 2018. Buy a full festival ticket and your name goes into a draw: 1st prize a 2018 WF Fellowship wroth £300 and 2nd: a WF membership worth £50. More details about the Festival can be fund here.

It’s a pleasure to have spoken to you Cathy, thank you!

Cathy Galvin’s work has appeared in many national and international journals including the Financial Times, Telegraph, Newsweek, Mslexia and Irish Times. As deputy editor of the Sunday Times Magazine, she co-founded the Sunday Times EFG short story award and later founded and is director of the Word Factory. Since 2014, her poetry has been published in the London Magazine, Morning Star, Visual Verse and a variety of anthologies. Author David Almond praised her first pamphlet of poetry, ” Black and Blue is a gorgeous sacramental thing…” Her second pamphlet was published in 2016. She has been awarded a Hawthornden Fellowship,  a writing residency at the Heinrich Boll cottage, Achill Island, Ireland and has been shortlisted for the Listowel Poetry Collection Prize and the Goldsmiths Spread The Word Life Writing Prize. More at: www.cathygalvin.comTwitter: @cathygalvin