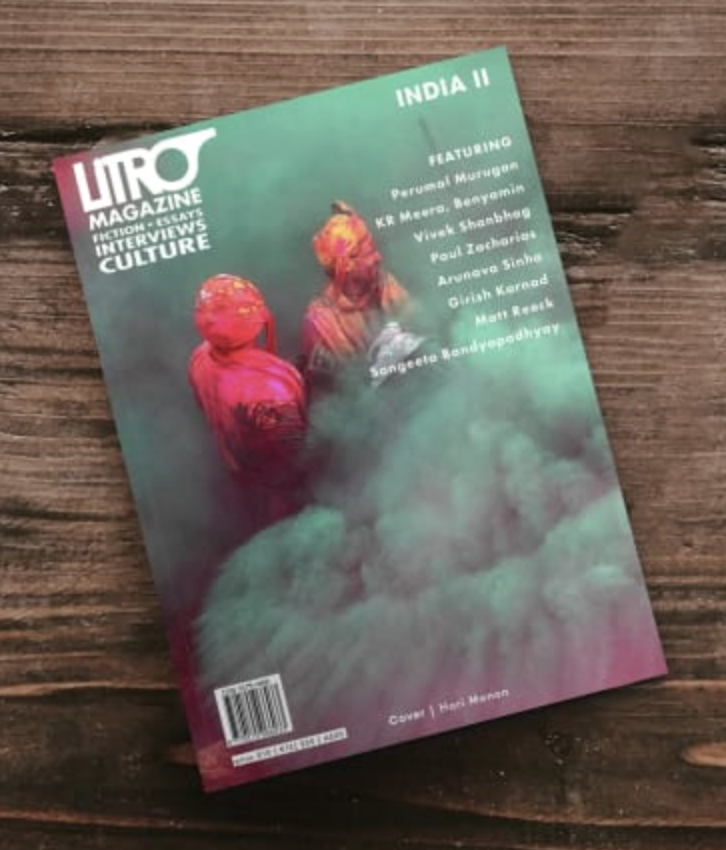 You grew up in south London, went to university, and landed your first job as a model in the year 2000 before moving into the world of publishing. How have these experiences affected you as an editor and creative leader?

There’s a long story and a short story.

The short story is that I was born in London and raised in South London, Battersea. I had a strict African upbringing. After leaving University, it was hoped I’d become a doctor or a Lawyer; but I had a creative spirit. Not knowing how to channel that, I accidently landed a job as a male model.

As part of the job, I would always be travelling, with an A-Z my portfolio in hand. The time I spent travelling to and from castings and shoots was always spent reading. I’d spend hours on end at airports, riding public transport, etc. I also got to work with some amazing creative designers, photographers and magazine editors, which lit the spark for me to get into magazine publishing.

My first attempt at a creative publication was an e-zine called LA-NYLON (Los Angeles, New York and London). I was about 25 and fortunate to have been offered the opportunity – through the modelling- to travel the world connecting with creative individuals. I wanted to create a platform where I could share what I was experiencing with friends back home.

The long story starts in 2006, when I met a student at the London Book Fair who was handing out a pamphlet – an A4 sheet folded in half – of short stories. I took one, started reading it, and thought: “this is a great idea I want my friends to see this.” I had a web of talented friends all doing different creative stuff, so I began reaching out to them for artwork, cartoons, stories, design, etc.

In the space of a month or two this guy and I had put together a 20-page, DL-sized pamphlet. I took it to a local printer, made a few thousand copies, and began distributing them myself. It was a fun hobby and every couple of weeks I got my amazing friends together to help design, bounce ideas off each other and produce this pamphlet, which I then shared with them and the rest of my community.  A year or two passed, the guy from the bookfair finished his PHD, and I’d fallen in love with publishing.

I started taking the pamphlet to book shops. Foyles was one of the first book chains to support the magazine and after a few meetings they decided to sponsor the pamphlet. I managed to then convince Tony Elliot and his marketing team at Time Out to insert the pamphlet into one of its issues. To do this I had to increase the print run to 60,000 to meet Time Out’s print run and at the same time decided to hold more stories and add more pages to the pamphlet turning it into a full magazine and I haven’t looked back since.

Litro – a colloquial Brazilian word for a lighter – how did you alight (no pun intended) upon this name and in what ways does it symbolise what you’re trying to achieve with the magazine and beyond?

It’s the perfect name for our work –  illuminating our world with the culturally distinct voices of its people; bringing them all together, igniting a fire for literature.

You’ve built up the business into an extraordinary creative cauldron of online and print work, audio, visual, and live events. What have been the hardest challenges and the greatest rewards so far?

My ethos has been shaped by the help given to me by those creative friends who supported me. The greatest reward is that, over the past 12 years, Litro Magazine has allowed me to give a platform to other emerging talent.

The hardest challenges have probably been struggles with lack of funding. The sad truth is that literature does not reach a wide enough audience, and has to compete against other entertainment media that is more instantly gratifying. Therefore, it’s important to produce a literary publication that is not just for writers, but for the general reader. 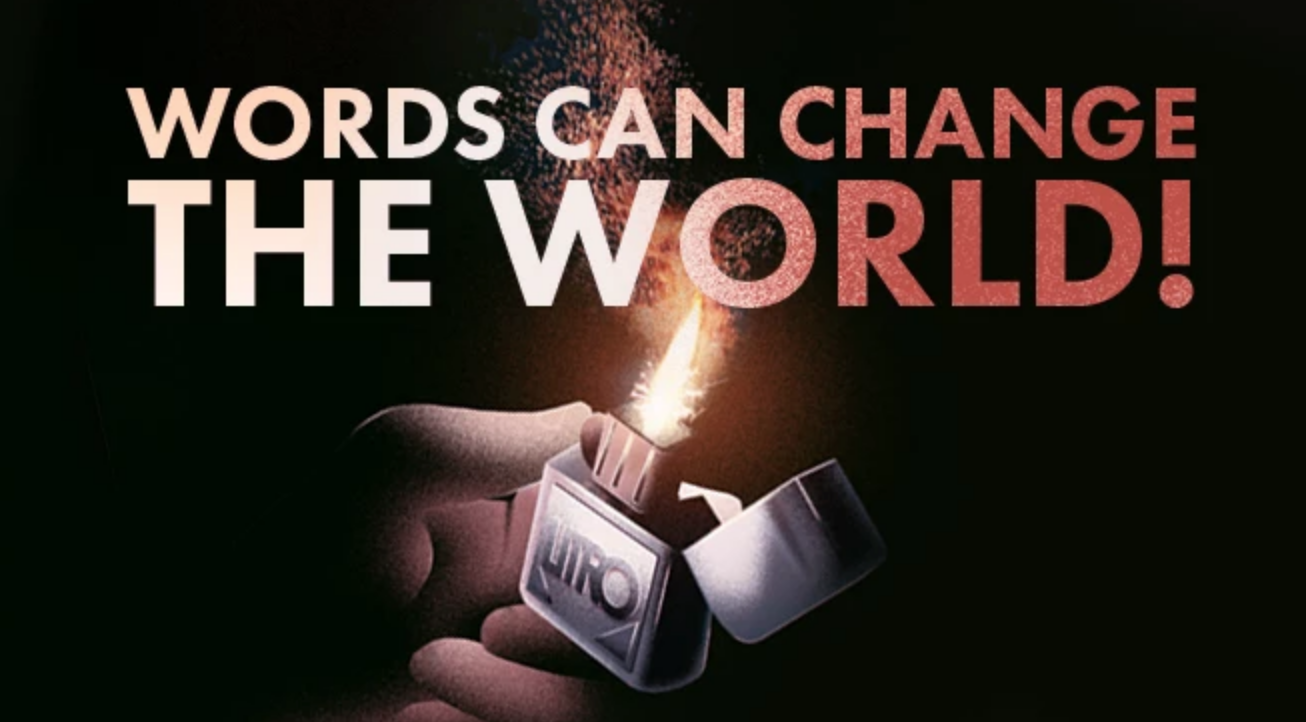 You’re now fundraising for the Litro World Series, with the aim of shining ‘a light on the authors of India, S. Korea, and other world voices’. What more can you tell us?

This crowdfunding campaign is so important because it will hand ownership and future direction of the magazine over to its supporters.

Litro World Series focuses on the talent, creativity and ideas coming from one location per issue, and has previously featured short stories, poetry and essays from Brazil, America and the Netherlands, Ghana and Nigeria, Mexico, Cuba and India.

The ‘Translating India’ issue will focus on the varied languages of the more remote regions, including Bengali, Tamil, Malayalam, and more. Writers featured include Sangeeta Bandyopadhyay, Paul Zachariah, Benyamin, Perumal Murugan and K.R Meera. This expanded edition will be twice the size of previous issues, and its launch will be accompanied by a series of literary and cultural events in India and the UK.

The second edition, ‘Korean Women Grab Back,’ I’m proud to say is a World first, it will shine a spotlight on works by South Korean women, including the 2016 Man Booker winner Han Kang, Krys Lee and Janet Hong, and is guest-edited by Deborah Smith, who co-won the 2016 Man Booker prize, with Han, for her translation of The Vegetarian. Again, language will be a key theme, with translations from diaspora communities, who write in languages other than Korean, featuring prominently.

Anyone who pledges can get themselves a free copy, but we are also offering membership, merchandise, annual and lifetime subscriptions. With these two World Series editions, and the Indiegogo crowdfunding campaign, I want to transform the potential and scope of the magazine – giving it a truly worldwide reach in the process. We’re offering ‘literary crowdfunders’ the opportunity to become directly involved in the future growth and development of the Litro publication.

I’m interested in the eclectic nature of Litro magazine – different forms, titles, themes. The content within issues often has a direct ideological stances / point to make. Do you think the political angle helps widen the appeal of the magazine and how important is it to you, as the founding editor?

Litro can still be a platform for writers to develop, but it’s also a place for contributors to be heard.

If they have particular beliefs or aims that they feel will better society and move culture in a positive direction, I encourage writers to continue to engage in the conversation as this is the power of literature.

I’ve noticed that the submissions we’re getting at TSS have grown increasingly political in the last 6 – 12 months – is this something you’ve also encountered at Litro?

Words have power. Words change minds, change hearts, change everything. Each one is free yet has great value.

At Litro, we respect the word. It’s our lifeblood. We have published millions of words, in the right order, and shared them with the world. It is a world without boundaries where every voice is equal. It doesn’t matter if you’re a strutting peacock in Sri Lanka or a bashful woman in Bangladesh, you are welcomed into our pages as long as you have a good story to tell.

It’s a reflection of creative fight back to the polarizing political climate we find ourselves in, I believe it’s important for media platforms and brands to become part of culture – more so now than ever, and in doing brands can not curb the voices of its audience.

It’s never been more challenging than now, but you need to be true to not only oneself but to your brands company.

Starbuck’s Chariman and chief executive put it best in an open Newsletter to staff: “We are living in an unprecedented time, one in which we are witness to the conscience of our country, and the promise of the American Dream, being called into question. These uncertain times call for different measures and communication tools than we have used in the past.”

Last year Litro devoted our autumn world series edition to Latin America – giving a platform to Mexico. It was titled ‘Breaking Borders’  during a time when open borders have come under threat. Thankfully, great literature stands in opposition to dividing lines; it enables people to build connections across cultures, languages, and identities. I hope in some small way Litro is doing its part. 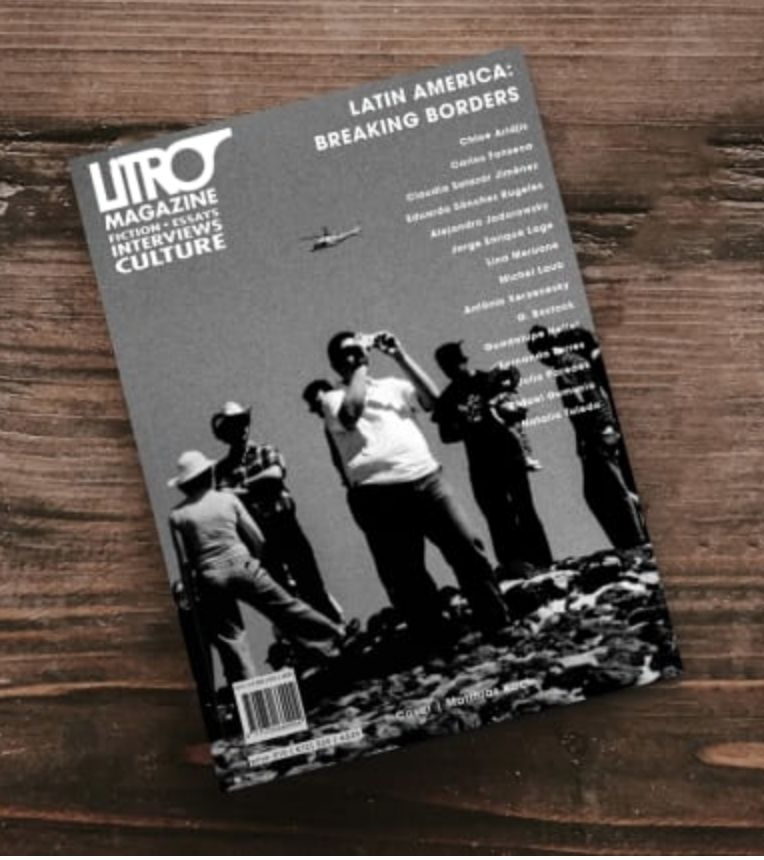 There are a number of debates going on in the publishing industry at the moment concerning diversity – women writers, LGBTQ writers, BAME writers, working class writers – what are your thoughts on the various arguments currently being aired?

The debate has been going on for generations before us, and sadly I feel it will continue decades to come – as long as the top of the publishing industry remains white, male and disconnected from society. The future of literature and writing, to me has to be one of growth, and to grow there has to be diversity.

And I don’t mean diversity as the populous term that’s now coined as a catch-all for the inclusion of black and ethnic minorities in the publishing industry. (Being a minority myself, black and male in a very white industry I find the term a little condescending.)

The industry needs to embrace talent – writers through to editors and publishers – whether they be black, female, transgender, gay, working class or whatever… not to be “diverse” because it’s trendy or to tick a particular box. We have a diverse and eclectic team here at Litro whom all bring something different – a different way of seeing things – which I believe helps to keep the magazine current and connected to society. A great writer will be enjoyed and appreciated by all – a great story will speak to its reader despite their class, race, sexuality or gender.

In order to not to lose the many talented emerging writers by the wayside, the publishing industry must reflect and embrace today’s society, from the top-down.

Lastly, what’s the best piece of advice you’ve been given and how has it shaped what you do today?

Read anything you can get your hands on, whether it’s a manual, in flight magazine – you just never know where the next spark of inspiration might come from!

Eric Akoto is the Editor in Chief and Publisher of Litro Magazine. Akoto has written for various publications and contributed to various books. He also guest curates and comperes at festivals such as Latitude Festival and The Hay Festival. Founded in 2005, Litro Magazine is a fully fledged literary and creative arts platform allowing writers to write and readers to read. Founded by Akoto, Litro’s World Series editions look to provide readers with a platform encouraging cross -cultural conversations.